Famous Father’s Day Quotes:- A good father is one of the most unsung, unpraised, unnoticed, and yet one of the most valuable assets in our society. The most important thing a father can do for his children is to love their mother. The love of a mother is the veil of a softer light between the heart and the heavenly Father. One of the greatest titles in the world is a parent, and one of the biggest blessings in the world is to have parents to call mom and dad.

Father’s Day is a celebration honoring fathers and celebrating fatherhood, paternal bonds, and the influence of fathers in society. Father’s Day is generally celebrated on the third Sunday of June every year. June 18 is celebrated as Father’s Day in India, America and many other countries.  It was first observed in the United States in 1910 after Sonora Smart Dodd from Spokane, Washington suggested it.

“I can definitely say the older I’ve got the better I’ve become at being a dad and a husband.”
– Rod Stewart

“The number one thing I’ve been doing is being a daddy.”
– Austin Peck 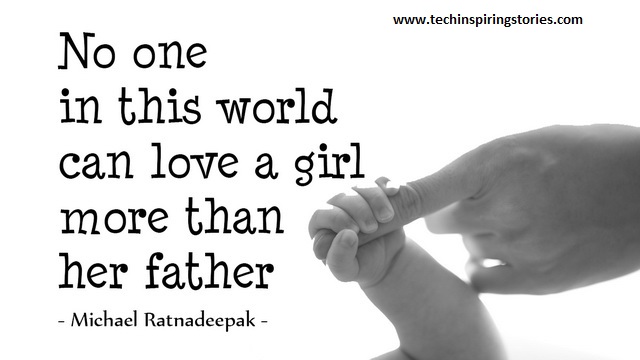 “Without my dad, I wouldn’t be here.”
– Maria Sharapova “Our dad was a great guy and we will never forget him.”
– Lara St. John

“We looked up to our father. He still is much greater than us.”
– Wynton Marsalis

“My dad’s not here, but he’s watching in heaven.”
– Bubba Watson

“I wasn’t anything special as a father. But I loved them and they knew it.”
– Sammy Davis, Jr.

“I’m a father; that’s what matters most. Nothing matters more.”
– Gordon Brown