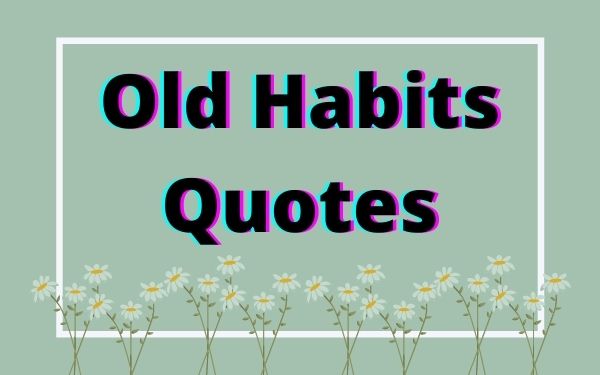 Below you will find our collection of inspirational, wise, and humorous old habits quotes, habits sayings, and habits proverbs, collected over the years from a variety of sources. 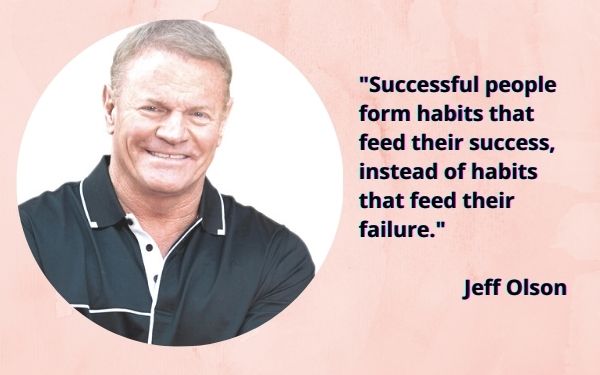 “Habit is formed out of memory… We often shape our present situation according to those habitual memories. Instead of starting fresh, we go back to what we’ve done in the past… easier for us than fighting our way through foreign territory.”

“Memorizing, guessing, looking at pictures, predicting, substituting, and skipping, are not reading; they are very bad habits.”

“To cure worry, spend fifteen minutes daily filling your mind full of God. Worry is just a very bad mental habit. You can change any habit with God’s help.”

“Habits begin to form at the very first repetition. After that, there is a tropism toward repetition, for the patterns involved are defenses, bulwarks against time, and despair.”

“The unfortunate thing about this world is that the good habits are much easier to give up than the bad ones.”

“Habits begin as offhanded remarks, ideas, and images. And then, layer upon layer, through practice, they grow from cobwebs into cables that shackle or strengthen our lives.”

“Life becomes a habit. You get up, dress, eat, go the work, clock in etcetera automatically, and think about nothing but the pay packet on Friday and the booze-up last Saturday. Life’s easy when you’re a robot.”

“Habit is the most imperious of all masters.”

“Repetition of the same thought or physical action develops into a habit that, repeated frequently enough, becomes an automatic reflex.”

“Careful what you choose to do consciously, for unless your will is very strong, that is what you may have to do repeatedly and compulsively through the habit-influencing power of the subconscious mind.”

“Only habits you never conquer are the ones you put off doing something about.”

“Habit is a man’s sole comfort. We dislike doing without even unpleasant things to which we have become accustomed.”

“Evil habits, in which men indulge, are the chief cause of disease in the physical as well as the mental state.”

“Habit is a second nature that prevents us from knowing the first, of which it has neither the cruelties nor the enchantments.”

“Your behavior is based on your beliefs, and what you do and say, over and over again, helps develop your habits.”

“Habit is thus the enormous fly-wheel of society, its most precious conservative agent. It alone is what keeps us all within the bounds of ordinance, and saves the children of fortune from the envious uprisings of the poor.”

“Habit gives endurance, and fatigue is the best nightcap.”

“Habit is the beneficent harness of routine which enables silly men to live respectfully and unhappy men to live calmly.”

“Habit is a habit, and not to be flung out of the window by any man, but coaxed downstairs one step at a time.”

“Habits are to the soul what the veins and arteries are to the blood, the courses in which it moves.”

“Wise says that our failure is to form habits: for habit is the mark of a stereotyped world.”

“Success is not a sometimes thing. In other words, you don’t do what is right once in a while, but all the time. Success is a habit. Winning is a habit.”

“Practice hope. As hopefulness becomes a habit, you can achieve a permanently happy spirit.”