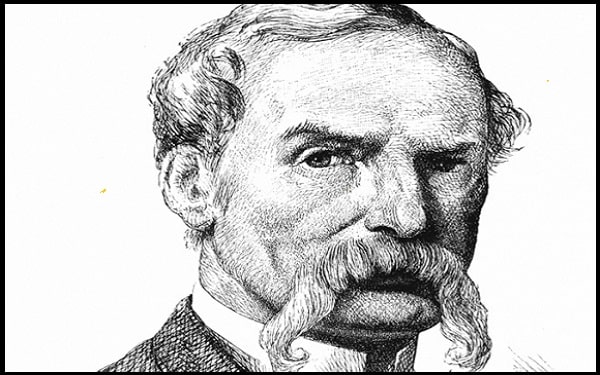 John Tenniel Quotes:- John Tenniel (28 February 1820 – 25 February 1914) was an English illustrator, graphic humorist, and political cartoonist prominent in the second half of the 19th century. He was knighted for his artistic achievements in 1893.

Tenniel was born in Bayswater, West London, to John Baptist Tenniel, a fencing and dancing master of Huguenot descent, and Eliza Maria Tenniel.

Tenniel had five siblings; two brothers and three sisters. One sister, Mary, was later to marry Thomas Goodwin Green, owner of the pottery that produced Cornishware. Tenniel was a quiet and introverted person, both as a boy and as an adult.

“How true it is that some have greatness thrust upon them! – and you may be quite sure that it was none of my seekings.”-John Tenniel 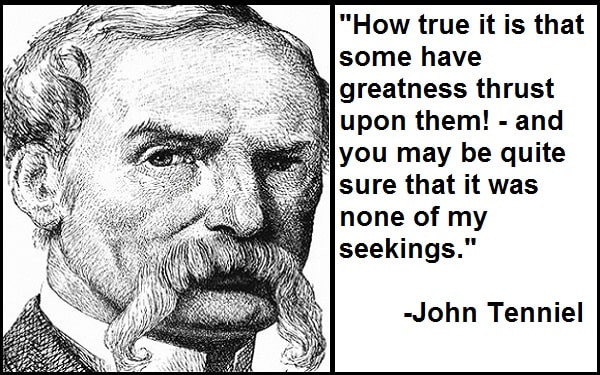 “Well, I get my subject on Wednesday night; I think it out carefully on Thursday, and make my rough sketch; on Friday morning I begin, and stick to it all day, with my nose well down on the block.”-John Tenniel

“I carry out my work thus: I never use models or nature for the figure, drapery or anything else.”-John Tenniel

“Please let me know to what extent you have used, or intend using, the pruning knife.”-John TennielSource

“It is a curious fact that Through the Looking-Glass the faculty of making book illustrations departed from me. … I have done nothing in that direction since.”-John Tenniel

“By means of tracing-paper, I transfer my design to the wood and draw on that.”-John Tenniel