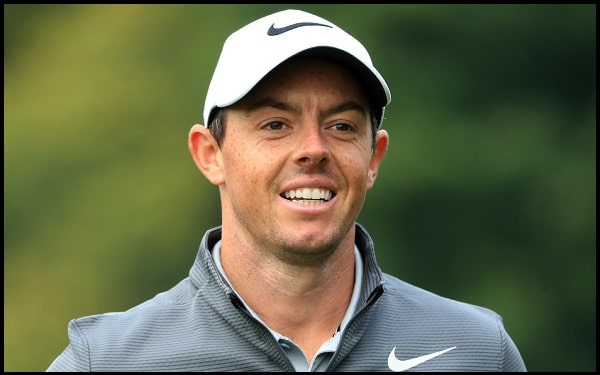 Rory McIlroy Quotes:- Rory McIlroy (born 4 May 1989) is a professional golfer from Northern Ireland who is a member of both the European and PGA Tours.

He is the current world number one in the Official World Golf Ranking, having spent over 100 weeks in that position during his career. 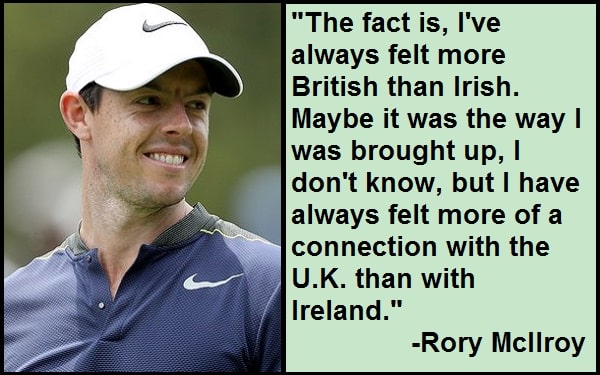 “I am a proud product of Irish golf and the Golfing Union of Ireland and am hugely honored to have come from very rich Irish sporting roots… I am also a proud Ulsterman who grew up in Northern Ireland. That is my background and always will be.”-Rory McIlroy

“I wish to clarify that I have absolutely not made a decision regarding my participation in the next Olympics. On a personal level, playing in the Olympics would be a huge honor. However, the Games in Rio are still four years away and I certainly won’t be making any decisions with regards to participating any time soon.”-Rory McIlroy

“I’ve always said the players don’t build up rivalries themselves, people from the outside build up the rivalries. I just want to play good golf. I want to try and keep winning golf tournaments.”-Rory McIlroy

“How can I intimidate Tiger Woods? I mean, the guy’s got 75 or whatever PGA Tour wins, 14 majors. He’s been the biggest thing ever in our sport. How could some little 23-year-old from Northern Ireland with a few wins come up and intimidate him.”-Rory McIlroy

“I’ve had support from all sides, from people who call themselves Irish, from Northern Irish to the whole of the UK, to people in America, and it would be terrible for me to segregate myself from one of those groups that support me so much.”-Rory McIlroy

“If somebody asks me whether I’d rather sink the winning putt in the Ryder Cup or win a major, it’s the major every day. World championship or Ryder Cup? Win a world championship. At the end of the day, you’re going to be remembered for what you achieve in an individual sport.”-Rory McIlroy

“The home will always be Northern Ireland but my schedule means for the next few years I won’t be there as much. I can’t do the same things that I did a year ago. That is I’m something conscious of, but I’m not sad about it. It’s fine.”-Rory McIlroy

“It is never easy to win but it is a lot easier to win when you play well. The key is winning golf tournaments when you are not playing so well. Managing your game is something that I feel that I am still learning to do.”-Rory McIlroy

“The great thing about my two lives is I love them both. I’m very ambitious and nothing gets in the way of me practicing and concentrating on winning golf tournaments. But then I come home and get back to normality.”-Rory McIlroy

“This is the great thing about Northern Ireland. I walk down the street and people stop me and say things like, ‘I know you. You’re that wee golfer, aren’t you?’ I say, ‘Yeah, that’s me.’ They say, ‘Keep it up, wee man.’ It’s very funny and that’s why I want to stay here as long as possible.”-Rory McIlroy

“My dad’s a scratch golfer and I’ve got the knack of seeing something and then replicating it. I saw my dad swing a club and I worked out how to do the same thing. My backswing and follow-through have been basically the same since I was two.”-Rory McIlroy

“I always got very excited about the Masters as a kid. I could hardly wait until Wednesday when you’d get the BBC’s preview. And I’d then be glued to the screen until Sunday night.”-Rory McIlroy

“My mom and dad worked very hard to give me the best chance in – not just in golf but in life. You know, I was an only child, you know, my dad worked three jobs at one stage. My mom worked night shifts in a factory.”-Rory McIlroy

“I mean I don’t want to feel inferior to any other golfer in the world. You know if you do that, then you know you’re giving them an advantage, you know, right off the – you know, right from the start.”-Rory McIlroy

“You know I need that cockiness, the self-belief, arrogance, swagger, whatever you want to call it, I need that on the golf course to bring the best out of myself. So you know once I leave the golf course, you know that all gets left there.”-Rory McIlroy

“I want to try to become the best golfer in the world.”-Rory McIlroy

“I receive huge support from Irish and British sports fans alike and it is greatly appreciated. Likewise, I feel I have a great affinity with American sports fans. I play most of my golf in the U.S. nowadays and I am incredibly proud to have won the U.S. Open and U.S. PGA Championship in the last two years.”-Rory McIlroy

“Since turning professional at 18, I have traveled the world playing the game that I love and consider myself a global player. As the World No.1 right now, I wish to be a positive role model and a sportsperson that people respect, and enjoy watching.”-Rory McIlroy

“The Olympics will be great for the growth of golf on a global scale, but my focus right now is on being the best player I can be, trying to win Major Championships and contributing to what will hopefully be a victorious European side at the forthcoming Ryder Cup Matches against the USA.”-Rory McIlroy

“If I’m playing in the morning, I’ll get some carbs early: porridge with chopped banana. If I’m playing in the afternoon, I’ll start with fewer carbs and have some eggs and fruit for breakfast, then a light lunch about 90 minutes before I play, so I don’t feel sluggish or full.”-Rory McIlroy

“On the course, I sometimes eat a little sandwich or a slow-release energy bar – one on the front nine and one on the back nine. You’re out there for five hours, so you have to keep eating. You’re going to burn at least 1,000 calories. I’ll try to take in about 400-600 calories during a round and drink water.”-Rory McIlroy

“As long as I keep enjoying my golf, then hopefully I’ll be able to play well.”-Rory McIlroy

“The next time I cry about golf it will only be with joy. It’s not worth crying over golf for any other reason. After all, it’s only a game.”-Rory McIlroy

“I used to not really like going to the gym when I was playing tournaments because I’d be sore and stiff. But the more you keep doing it, the less soreness you have. And you actually start to enjoy it.”-Rory McIlroy

“It’s incredible, ridiculous really, isn’t it? You realize you can make more money on the golf tour in one week than some people make in a lifetime.”-Rory McIlroy

“Of course, money matters to everyone even if some don’t want to admit it. If I won the Race to Dubai, I look at that prize money and think it could pay off my new house or the range I’m building. I am privileged to play golf for a living – look around St Andrews, that’s my office.”-Rory McIlroy

“I wanted to make a point of basing myself at home, being close to my family. I’ll never be able to repay Mum and Dad for what they did, but at least they know they’ll never have to work another day. I’ll do whatever it takes to look after them.”-Rory McIlroy