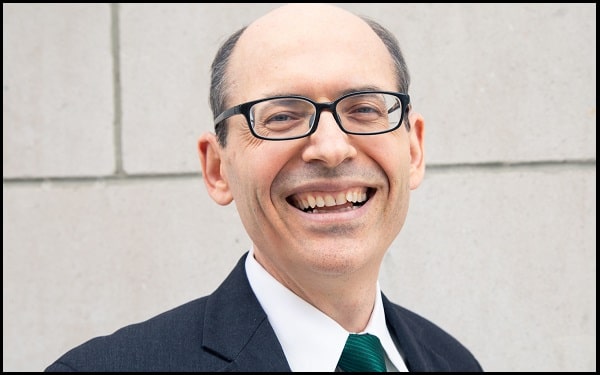 Michael Greger Quotes:- Michael Greger (born 25 October 1972) is an American physician, author, and professional speaker on public health issues, best known for his advocacy of a whole-food, plant-based diet, and his opposition to animal-derived food products.

“Despite the growing evidence of health benefits associated with coffee consumption, I still don’t recommend my patients drink it – not because it’s not healthy, but because there are even healthier choices.”-Michael Greger 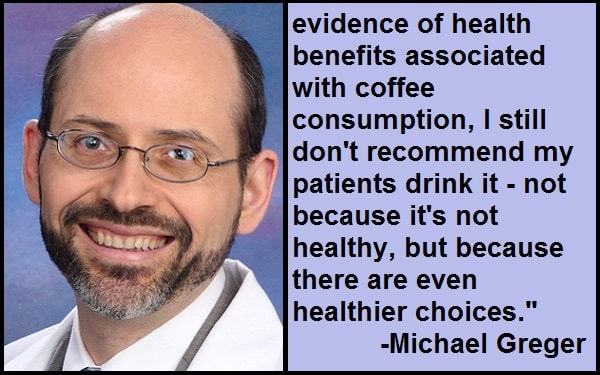 “As a physician specializing in nutrition, my priority is to the health of the public.”-Michael Greger

“Popeye was right about spinach: dark green, leafy vegetables are the healthiest food on the planet. As whole foods go, they offer the most nutrition per calorie.”-Michael Greger

“Berries are the healthiest fruit, offering potential protection against cancer and heart disease, boosting the immune system and acting as a guard for the liver and brain.”-Michael Greger

“Studies on cherries, raspberries, and strawberries suggest that most of their nutrition is retained when they’re frozen, so it’s a good idea to keep some in the freezer.”-Michael Greger

“Tart cherries lower the levels of inflammation in the body, which may be particularly useful for those who suffer from gout. They have also been used to improve sleep.”-Michael Greger

“Don’t forget that fruit can be cooked – think of baked apples, poached pears, and grilled pineapple. But if you like drinking fruit, blending will preserve more nutrition and fiber than juicing.”-Michael Greger

“About a quarter of lung cancer cases occur in people who have never smoked. One cause may be another potential carcinogen: fumes from frying.”-Michael Greger

“Milk contains growth hormones designed by Mother Nature to put a few hundred pounds on a baby calf within a few months.”-Michael Greger

“You can be in excellent physical shape, with low cholesterol, a healthy body weight, and good overall physical fitness – but that doesn’t necessarily mean you’re healthy.”-Michael Greger

“Everyone feels sad occasionally. A full range of emotions is part of what makes us human.”-Michael Greger

“Harvard University researchers found that women at high risk of heart disease who had a tablespoon of peanut butter five or more days a week appeared to nearly halve their risk of suffering a heart attack compared with women who ate one serving or less per week.”-Michael Greger

“Sometimes it feels like there aren’t enough hours in a day to get everything done.”-Michael Greger

“As you age, your blood pressure tends to get higher.”-Michael Greger

“Nitric oxide is a key biological messenger within the body. When released by the cells lining your arteries, it makes the walls of the arteries relax, allowing more blood to flow.”-Michael Greger

“Without enough nitric oxide, your arteries can stiffen, raising blood pressure and your risk of a heart attack.”-Michael Greger

“If you consume too much salt, it can cause water retention. When this happens, your body usually responds by raising your blood pressure to push excess fluid and salt out of your system.”-Michael Greger

“Most of us know that the hormone melatonin helps regulate our sleep. But it also seems to play another role – suppressing cancer growth.”-Michael Greger

“In a Harvard University study, the diets of nearly 1,000 women were analyzed before their morning melatonin levels were measured. Meat consumption was the only food significantly associated with lower melatonin production, for reasons that are as yet unknown.”-Michael Greger

“Five hours a week of vigorous aerobic exercise can lower estrogen and progesterone exposure by about 20 percent.”-Michael Greger

“Ounce for ounce, herbs and spices have more antioxidants than any other food group.”-Michael Greger

“You can buy turmeric from any supermarket – or get it raw from Asian shops and grate a quarter of an inch of the root into your food. There’s evidence to suggest raw turmeric may have greater anti-inflammatory effects, while cooked turmeric offers better DNA protection.”-Michael Greger

“The problem with all-or-nothing thinking is that it stops people from even taking the first steps. The thought of never having pepperoni pizza again somehow turns into an excuse to keep ordering it every week.”-Michael Greger

“As you eat more healthily, your palate changes – it’s amazing. Your taste buds constantly adapt: from minute to minute, in fact. If you drank orange juice right now, it would taste sweet. But if you first ate some sweets then drank the same juice, it could taste unpleasantly bitter.”-Michael Greger

“You have to build up to green smoothies. Everyone loves fruit smoothies: you can add a handful of baby spinach to a fruit smoothie and may hardly even taste it. Next, try two. Slowly, your taste buds can adapt to more greens.”-Michael Greger

“Studies of immigration show that this resistance to heart disease is not just something in African or Chinese genes. When people move from low-risk to high-risk areas, disease rates skyrocket as they adopt Western diets and lifestyles.”-Michael Greger

“When I was a child, doctors sent my grandmother home in a wheelchair to die. Diagnosed with end-stage heart disease, she already had so much scar tissue from bypass operations that the surgeons had essentially run out of plumbing. There was nothing more to do, they said; her life was over at 65.”-Michael Greger

“For many children, it’s seeing a beloved relative ill and in pain that leads them to want to become doctors. But, for me, it was watching my grandma get better.”-Michael Greger

“Many people assume the diseases that kill us are pre-programmed into our genes. High blood pressure by 55, heart attacks at 60, maybe cancer at 70, and so on… But for most of the leading causes of death, our genes usually account for only 10-20 percent of the risk.”-Michael Greger

“High levels of stress can lead to weakened immunity, rendering animals much more susceptible to disease. This makes the average poultry factory farm a hotbed for outbreaks of avian flu.”-Michael Greger

“We need to boost our intake of healthy plant foods and reduce our dependence on animal-based foods.”-Michael Greger

“People tend to eat poorly because it’s convenient; it’s what’s around them. But you can make the switch. I think the way to do that is to just make fruits and vegetables as convenient as possible to eat.”-Michael Greger