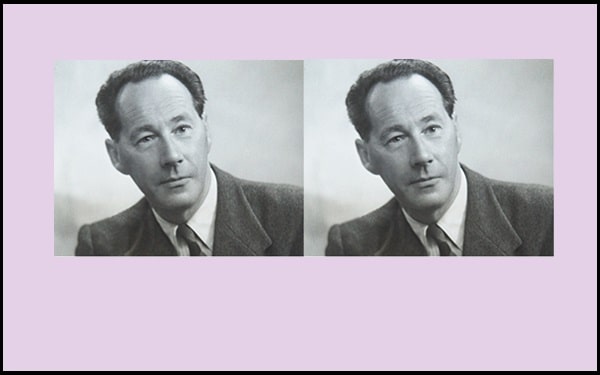 John Wyndham Quotes:- John Wyndham(10 July 1903 – 11 March 1969) was an English science fiction writer best known for his works published under the pen name John Wyndham, although he also used other combinations of his names, such as John Beynon and Lucas Parkes. Some of his works were set in post-apocalyptic landscapes.

“When a day that you happen to know is Wednesday starts off by sounding like Sunday, there is something seriously wrong somewhere.”-John Wyndham 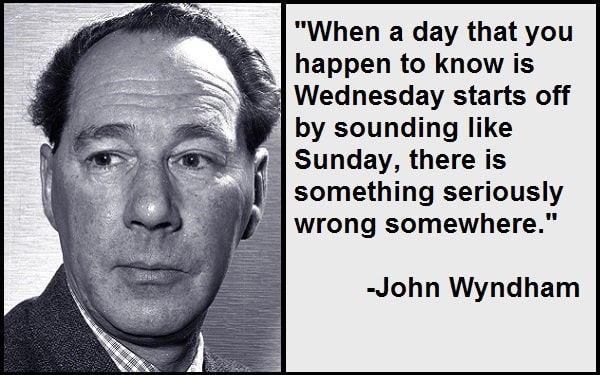 “Knowledge is simply a kind of fuel; it needs the motor of understanding to convert it into power.”-John Wyndham

“Why was I condemned to live in a democracy where every fool’s vote is equal to a sensible man’s?”-John Wyndham

“It’s humiliating to be dependent, anyway, but it’s still a poorer pass to have no one to depend on.”-John Wyndham

“Knowing makes all the difference… It’s the difference between just trying to keep alive, and having something to live for”-John Wyndham

“The simple rely on a bolstering mass of maxim and precept, so do the timid, so do the mentally lazy – and so do all of us, more than we imagine.”-John Wyndham

“Anybody who has had a great treasure has always led a precarious existence.”-John Wyndham

“Why should I? I’ve done nothing to be ashamed of. I am not ashamed – I am only beaten”-John Wyndham

“Some quotations,” said Zellaby, “are greatly improved by lack of context.”-John Wyndham

“Children have a different convention of the fearful until they have been taught the proper things to be shocked at.”-John Wyndham

“But, as I understand it, your God is a universal God; He is God on all suns and all planets. Surely, then, He must have a universal form? Would it not be a staggering vanity to imagine that He can manifest Himself only in the form that is appropriate to this particular, not very important planet?”-John Wyndham

“We all have our youthful follies, embarrassing to recall — but people somehow find it hard to dismiss as a youthful folly anything that has happened to be a financial success.”-John Wyndham

“The humans have a curious force they call ambition. It drives them, and, through them, it drives us. This force which keeps them active, we lack. Perhaps, in time, we machines will acquire it.”-John Wyndham

“There is an inability to sustain the tragic mood, a phoenix quality of the mind. It may be helpful or harmful, it is just a part of the will to survive—yet, also, it has made it possible for us to engage in one weakening war after another. But it is a necessary part of our mechanism that we should be able to cry only for a time over even an ocean of spilled milk—the spectacular must soon become commonplace if life is to be supportable.”-John Wyndham

“I don’t think it had ever occurred to me that man’s supremacy is not primarily due to his brain, as most of the books would have one think. It is due to the brain’s capacity to make use of the information conveyed to it by a narrow band of visible light rays. His civilization, all that he had achieved or might achieve, hung upon his ability to perceive that range of vibrations from red to violet. Without that, he was lost.”-John Wyndham

“And again there are no words. Words exist that can, used by a poet, achieve a dim monochrome of the body’s love, but beyond that, they fail clumsily. My love flowed out to her, hers back to me. Mine stroked and soothed. Hers caressed. The distance – and the difference – between us dwindled and vanished. We could meet, mingle, and blend. Neither one of us existed anymore; for a time there was a single being that was both. There was an escape from the solitary cell; a brief symbiosis, sharing all the word.”-John Wyndham