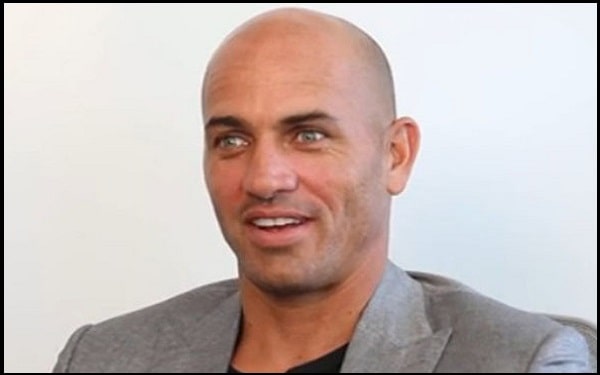 “I wanted to be a comedian.”-Kelly Slater 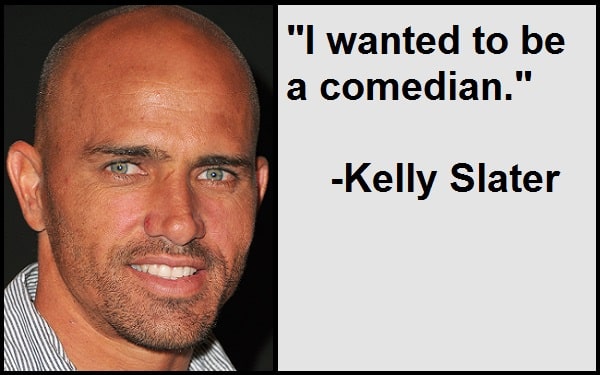 “Surfing is my religion if I have one.”-Kelly Slater

“My belief is that ‘heaven’ and ‘hell’ are metaphorical terms for what you make of your life. In any instant, you have the ability to make your life total pleasure or total hell.”-Kelly Slater

“I feel like an ambassador for surfing at this point. I’m happy to go and play that role and share that where I can in certain areas of the mainstream media that doesn’t get the surfing attention.”-Kelly Slater

“For a surfer, it’s never-ending. There’s always some wave you want to surf.”-Kelly Slater

“I’ve been in a poor physical shape many times in my career and I’ve had some of my best results. My best performances happened because my mind was in the right place. The mind is definitely stronger than the body.”-Kelly Slater

“A wave isn’t like a skate ramp or mountain; everything’s moving around and you have to time how to move along with it. That’s easier with a slow wave.”-Kelly Slater

“Big waves are a whole different ball game. You’re riding a wave with an immense amount of speed and power, generally over 10 meters. On the face of the wave, obviously life and death thoughts start to happen.”-Kelly Slater

The most famous quotes by Kelly Slater

“There are so many different elements of surfing. Small waves, big waves, longboards, shortboards. This makes it a sport you can share with people. It’s not just a solitary thing – it’s become a family thing, too. It’s about exercising and passing something on from father to son, and from mother to daughter.”-Kelly Slater

“Most anything I’ve ever set my mind to, I could accomplish.”-Kelly Slater

“I still feel like my best surfing is ahead of me.”-Kelly Slater

“Fatherhood isn’t always a planned thing, but when it happens you just do it. It’s very natural and in that sense, it’s not really difficult.”-Kelly Slater

“Maintaining marriage seems to be tougher than fatherhood: apparently it’s the most difficult thing in the world.”-Kelly Slater

“Most of what Hawaii has to offer is no secret. A pipeline is probably the most famous wave in the world.”-Kelly Slater

“A lot of times I’ll see guys who are nowhere near the level of the board they’re riding. They might love surfing and love how it looks, but you really have to work your way up. It takes eating a little humble pie at first, and stepping back to equipment that might be a bit slow, but do it.”-Kelly Slater

“It’s a perfect wave when small and the most beautiful and scary wave on Earth when it’s big, as the swell from deep water hits the shallow reef ledge. A ten-foot-high wave and a 30-footer break in the same depth of water.”-Kelly Slater

“When I’m 50 I want to be a better surfer than I am now – for me, it’s a lifelong journey.”-Kelly Slater