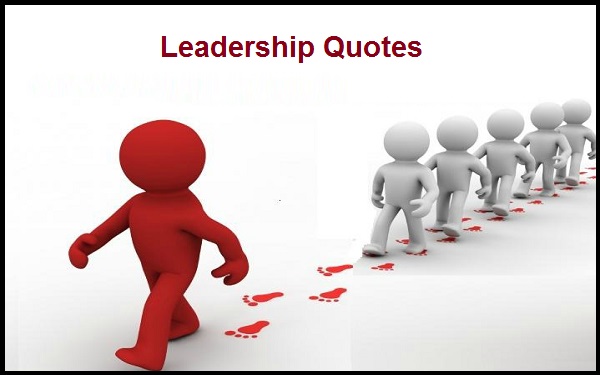 Leadership Quotes:- Leadership is both a research area and a practical skill encompassing the ability of an individual or organization to “lead” or guide other individuals, teams, or entire organizations. 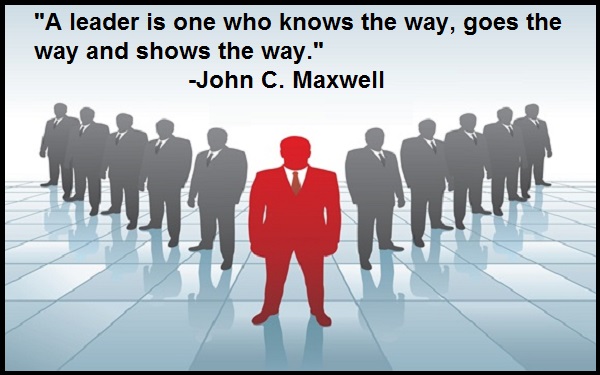 “A leader is best when people barely know he exists when his work is done, his aim fulfilled, they will say: we did it ourselves.”-Lao Tzu

“A genuine leader is not a searcher for consensus but a molder of consensus.”Martin Luther King, Jr.

“You have to think anyway, so why not think big?”-Donald Trump

“Be a yardstick of quality. Some people aren’t used to an environment where excellence is expected.”-Steve Jobs

“Innovation distinguishes between a leader and a follower.”-Steve Jobs

“Affirmation without discipline is the beginning of delusion.”-Jim Rohn

“When you can’t make them see the light, make them feel the heat.”-Ronald Reagan

Powerful Quotes on Leadership And Sayings

“I suppose leadership at one time meant muscles, but today it means getting along with people.”-Mahatma Gandhi

“When the best leader’s work is done the people say, ‘We did it ourselves.'”-Lao Tzu

“Be the chief but never the lord.”-Lao Tzu

“Leadership and learning are indispensable to each other.”-John F. Kennedy

“People ask the difference between a leader and a boss. The leader leads, and the boss drives.”-Theodore Roosevelt

“Speak softly and carry a big stick; you will go far.”-Theodore Roosevelt

“A leader is a dealer in hope.”-Napoleon Bonaparte

“A throne is only a bench covered with velvet.”-Napoleon Bonaparte

“He who is prudent and lies in wait for an enemy who is not will be victorious.”-Sun Tzu

“Leadership is the art of getting someone else to do something you want doing because he wants to do it.”-Dwight D. Eisenhower

“No matter how carefully you plan your goals they will never be more than pipe dreams unless you pursue them with gusto.”-W. Clement Stone

50+ Best Leadership Quotes of All Time

“The great leaders have always stage-managed their effects.”-Charles de Gaulle

“A leader who doesn’t hesitate before he sends his nation into battle is not fit to be a leader.”-Golda Meir

“The employer generally gets the employees he deserves.”-J. Paul Getty

“You’re only as good as the people you hire.”-Ray Kroc

“The quality of a leader is reflected in the standards they set for themselves.”-Ray Kroc

“Millions saw the apple fall, but Newton was the one who asked why.”-Bernard Baruch

“If a window of opportunity appears, don’t pull down the shade.”-Tom Peters

“Management is about arranging and telling. Leadership is about nurturing and enhancing.”-Tom Peters

“Without initiative, leaders are simply workers in leadership positions.”-Bo Bennett

“The art of leadership is saying no, not saying yes. It is very easy to say yes.”-Tony Blair

“The real leader has no need to lead – he is content to point the way.”-Henry Miller

“My attitude is never to be satisfied, never enough, never.”-Duke Ellington

“Leaders must encourage their organizations to dance to forms of music yet to be heard.”-Warren Bennis

“Leadership is the capacity to translate vision into reality.”-Warren Bennis

“A man always has two reasons for doing anything: a good reason and the real reason.”-J. P. Morgan

“Go as far as you can see; when you get there, you’ll be able to see farther.”-J. P. Morgan

“Obstacles are things a person sees when he takes his eyes off his goal.”-E. Joseph Cossman

“I don’t know any other way to lead but by example.”-Don Shula

“Getting in touch with your true self must be your first priority.”-Tom Hopkins

“It is rare to find a business partner who is selfless. If you are lucky it happens once in a lifetime.”-Michael Eisner

“Doing is a quantum leap from imagining.”-Barbara Sher

“The amount of good luck coming your way depends on your willingness to act.”-Barbara Sher

“Leadership does not depend on being right.”-Ivan Illich

Amazing Leadership Quotes That Will Inspire You

“You have no power at all if you do not exercise constant power.”-Major Owens

“Leadership is not about you; it’s about investing in the growth of others.”-Ken Blanchard

“Leadership is getting someone to do what they don’t want to do, to achieve what they want to achieve.”-Tom Landry

“In the military, I learned that ‘leadership’ means raising your hand and volunteering for the tough, important assignments.”-Tulsi Gabbard

“The greatest gift of leadership is a boss who wants you to be successful.”-Jon Taffer

“The growth and development of people is the highest calling of leadership.”-Harvey S. Firestone

“The art of communication is the language of leadership.”-James Humes

“Every time you have to speak, you are auditioning for leadership.”-James Humes

“Actions, not words, are the ultimate results of leadership.”-Bill Owens