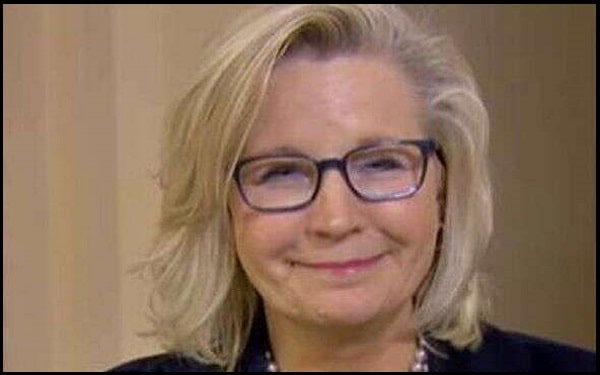 Cheney was born in Madison, Wisconsin, the elder of two daughters of former Vice President Dick Cheney and former Second Lady Lynne Cheney. At the time of her birth, her parents were studying at the University of Wisconsin–Madison. Her younger sister, Mary Cheney, was also born in Madison.

“I don’t believe we ought to discriminate against people because of their sexual orientation. If people are in a same-sex relationship, and they want their partner to be able to have health benefits or be designated as a beneficiary in your life insurance, there’s no reason we shouldn’t do that.”-Liz Cheney 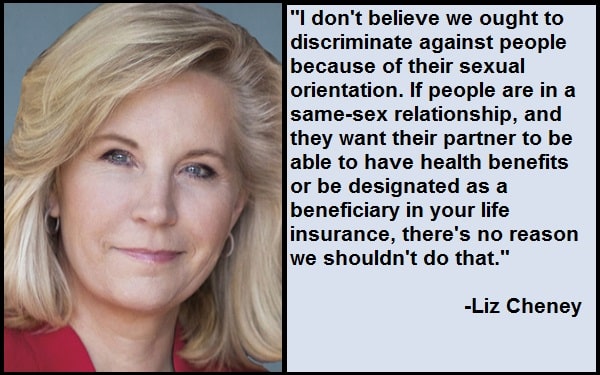 “I do believe in the traditional definition of marriage.”-Liz Cheney

“Oh, I have five kids; I have plenty of abundances.”-Liz Cheney

“I think isolationism is a mistake, no matter what party you see it in. We have to remember that there are two threats to our freedom: there’s a threat that comes from the federal government, from the Obama Administration policies… but there’s also a huge and significant threat from al-Qaeda.”-Liz Cheney

“Wyoming is a special place: Where our farmers and ranchers rise before dawn and work until night to feed our nation. “-Liz Cheney