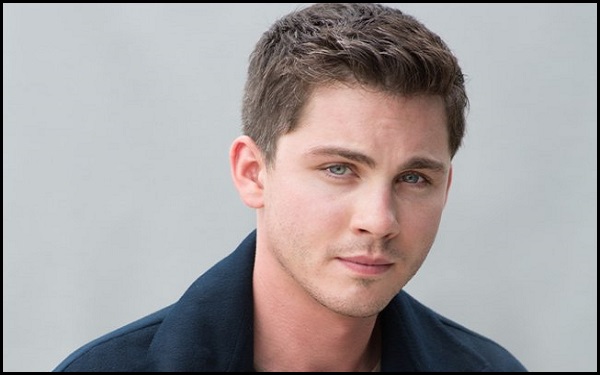 He appeared in commercials in the mid-1990s, before starring in the series Jack & Bobby and the movies The Butterfly Effect and Hoot. Lerman gained further recognition for his roles in the western 3:10 to Yuma, the thriller The Number 23, the comedy Meet Bill, and 2009’s Gamer and My One and Only.

“I’m just trying to find a good project. Work with a good director, someone I really admire. Find a good role.”-Logan Lerman 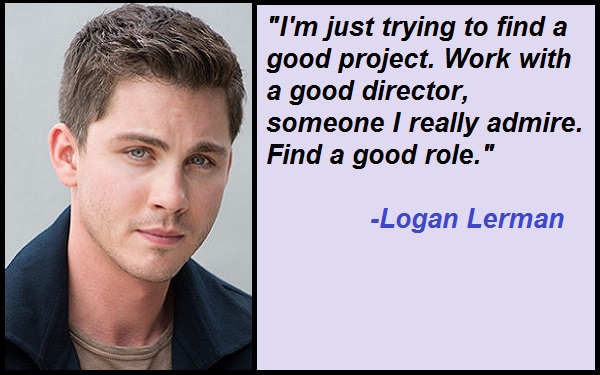 “When I’m back home it’s just reality. I kind of separated me from Hollywood.”-Logan Lerman

“I really started acting when I was 12 when I was doing this television show called ‘Jack & Bobby.'”-Logan Lerman

“I want to be a good actor more than anything – someone you can respect.”-Logan Lerman

“I just love being in the U.K.”-Logan Lerman

“Berlin is my favorite city.”-Logan Lerman

“I got into acting to get my foot in the door for film-making.”-Logan Lerman

“I’m doing ‘The Perks of Being a Wallflower’… It was a book I read when I was younger, and it just changed my life, and I just wanted to be a part of it.”-Logan Lerman

“I did a commercial when I was, like, 5 or 6 years old for… what was it called?… Cabbage Patch Kids! That was the first thing I ever did. A little bit embarrassing.”-Logan Lerman

“When I was five I thought auditions were a great way to get out of school!”-Logan Lerman

“I grew up going to school and high school and then shooting a movie for a few months. It’s an odd way to grow up and is kind of forced maturity.”-Logan Lerman

“The idea of working with David Fincher or Paul Thomas Anderson or Wes Anderson or Scorsese or Spielberg or any of the guys I really idolize is a dream for me.”-Logan Lerman

“I’ve definitely had the experience where I was pursuing someone for a long time that I just obviously did not connect with, so I was always, kind of altering myself for her, But then you realize it’s just not worth it. What’s the point?”-Logan Lerman

“Growing up, I had a very normal relationship with my brother and sister. But, over time, they became my best friends, and now I hang out with them all the time. I’m very close to them.”-Logan Lerman

“The Goonies’ is classic. That’s, like, the movie I bring with me if I go out of town for a long time because it just makes me think of the best times I’ve seen it with my friends growing up. Dude, everybody knows that movie, everybody watches that film. Best family film ever made.”-Logan Lerman

“I just want to make sure I’m contributing good films to movie history rather than being famous just to be famous.”-Logan Lerman

“I’m always in the theater seeing everything, good or bad.”-Logan Lerman

“I love movie sets. It’s another home for me. Movie theaters and movie sets – they’re just the best places to be. I love them.”-Logan Lerman

“I don’t get the jitters and I don’t get nervous, because I build that comfort on set for myself. Sometimes if I’m gonna do something really crazy, it helps me to yell or look like an idiot on set so that when I’m about to do a scene, I’ve already embarrassed myself. I find ways to work around getting the jitters.”-Logan Lerman

“For me, being able to be vulnerable is difficult, but it’s just something that I feel comfortable doing. I need to fully understand why the thought process behind the character and I have to believe it. That comes from a lot of preparation.”-Logan Lerman

“There really isn’t a dream role, but there’s a dream situation where I could work with a director that I idolize. So, the idea of working with David Fincher or Paul Thomas Anderson or Wes Anderson or Scorsese or Spielberg or any of the guys I really idolize is a dream for me.”-Logan Lerman