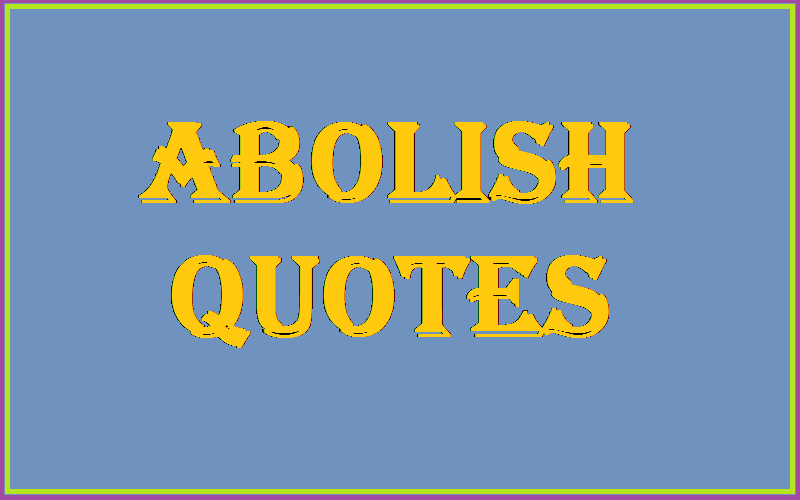 Abolish Quotes:- Below you will find our collection of inspirational, wise, and humorous Abolish quotes, Abolish sayings, and Abolish proverbs, collected over the years from a variety of sources.

“I know we can’t abolish prejudice through laws, but we can set up guidelines for our actions by legislation.”-Belva Lockwood 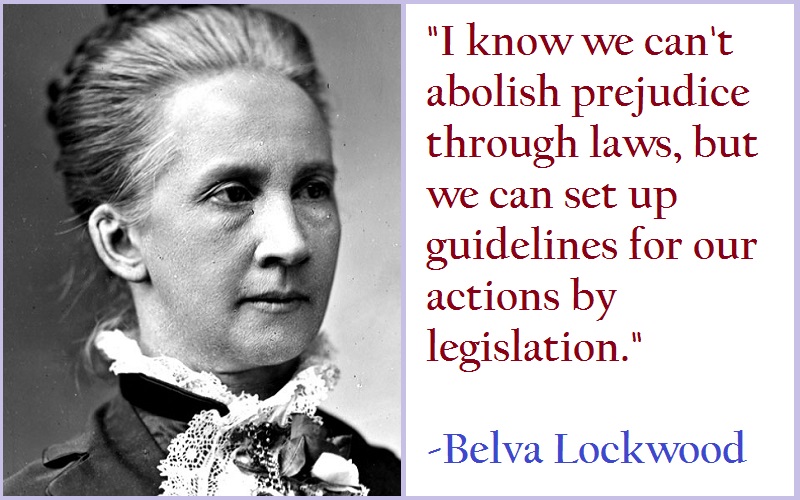 “The state is not abolished, it withers away.”-Friedrich Engels

“I think I would abolish schools which systematically inculcate sectarian beliefs.”-Richard Dawkins

“If we are to abolish the death penalty, I should like to see the first step taken by my friends the murderers.”-Alphonse Karr

“We believe slavery was abolished with Abraham Lincoln; unfortunately, human slavery is alive and well.”-Marisol Nichols

“Other states are trying to abolish the death penalty… mine’s putting in an express lane.”-Ron White

“The theory of Communism may be summed up in one sentence: Abolish all private property”-Karl Marx

“The end of law is not to abolish or restrain, but to preserve and enlarge freedom. For in all the states of created beings capable of law, where there is no law, there is no freedom.”-John Locke

“Should any political party attempt to abolish social security, unemployment insurance, and eliminate labor laws and farm programs, you would not hear of that party again in our political history.”-Dwight D. Eisenhower

“Slavery has never been abolished from America’s way of thinking.”-Nina Simone

“A Boss in Heaven is the best excuse for a boss on earth, therefore If God did exist, he would have to be abolished.”-Mikhail Bakunin

“Now that Donald Trump has won the presidency despite losing the popular vote, there’s a growing cry to rethink, or even abolish, the electoral college. This would be a mistake.”-William M. Daley

“Free election of masters does not abolish the masters or the slaves.”-Herbert Marcuse

“The ancient Jewish people gave the world the vision of eternal peace, of universal disarmament, of abolishing the teaching and learning of war.”-Menachem Begin

“Caste has divided us. I wish it should be completely abolished from our society.”-Vijay Sethupathi

“The Internal Revenue Service is more ruthless than the Gestapo. Abolish the IRS! Stamp out organized crime! “-Evel Knievel

“I want to abolish time, especially in the contemplation of architecture.”-Piet Mondrian

“If you control one house of Congress, you cannot abolish something like Obamacare, no matter how much pressure you apply.”-Charles Krauthammer

“I’m suggesting that we abolish the social function of prisons.”-Angela Davis

“We slow the progress of science today for all sorts of ethical reasons. Biomedicine could advance much faster if we abolished our rules on human experimentation in clinical trials, as Nazi researchers did.”-Paul Nitze

“The death penalty and the arguments it inspires don’t only involve ethics, morals, and justice. There are bureaucratic and economic aspects to it as well. All these different aspects commingle in ways that convince me we should take whatever steps we can to abolish the death penalty.”-Reid Hoffman