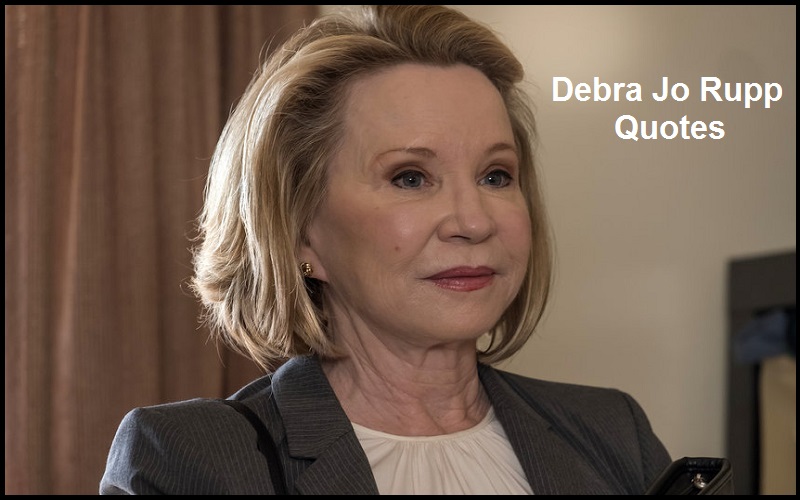 Debra Jo Rupp Quotes:- Debra Jo Rupp (born February 24, 1951) is an American actress, best known for her roles as Kitty Forman on the Fox sitcom That ’70s Show and Alice Knight-Buffay on the third, fourth and fifth seasons of Friends.

She voiced Mary Helperman in the animated series Teacher’s Pet and its sequel film, as well as playing timid secretary Miss Patterson in Big.

Debra always dreamed to be an actress, but her parents were firmly opposed to the idea. They even sent her to the University of Rochester in New York because it offered no theater classes.

But the school added a Drama department in Rupp’s freshman year. On-campus, she was an active member of Drama House, a small theater club and venue. After graduation with a B.A. degree in 1974, she moved to New York to begin her acting career.

“I think that you have to find a piece of yourself in every role you play. If you don’t believe what you’re doing, you cannot expect anyone else to believe it.”-Debra Jo Rupp 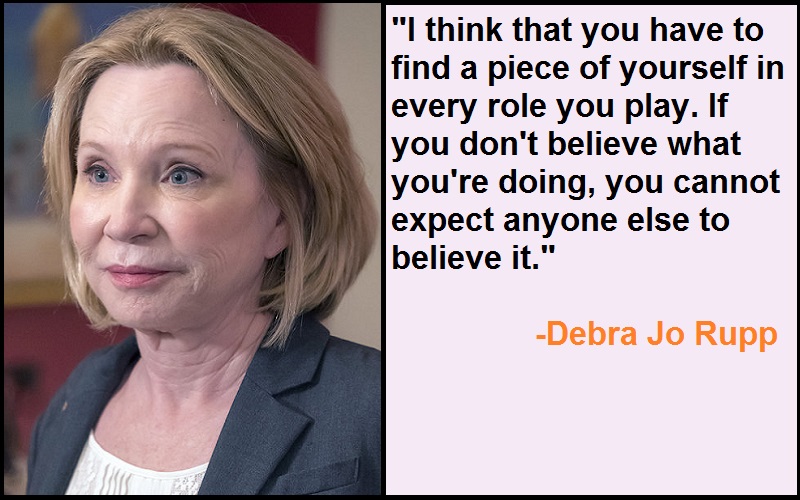 “We keep our Christmas decorations down there. Baby Jesus was watching.”-Debra Jo Rupp

“Oh wonderful, I started out in God’s magic circle and ended up in Satan’s evil square. I can’t believe any of you would walk into church without bursting into flames.”-Debra Jo Rupp

“A car is not a bedroom on wheels”-Debra Jo Rupp