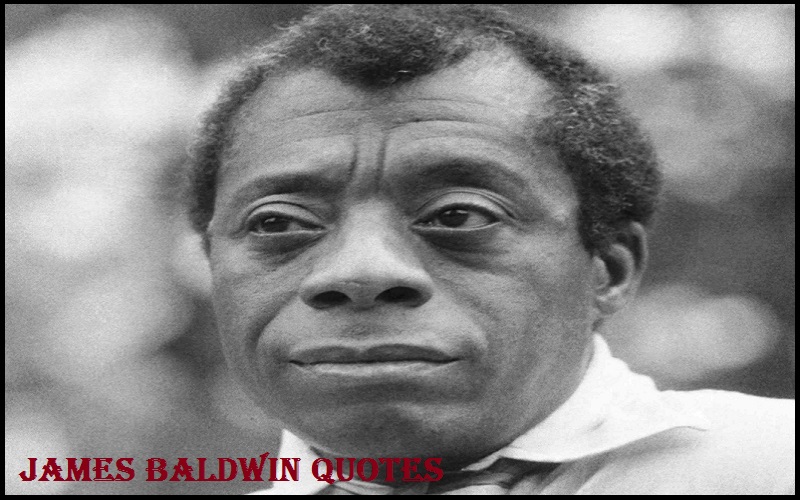 James Baldwin Quotes:- James Arthur Baldwin was an American novelist and social critic. His essays as collected in Notes of a Native Son. Explore intricacies of racial, sexual, and class distinctions in Western societies. Most notably in mid-20th-century America.

Born on August 2, 1924, in Harlem New York. He was always drawn to words, Despite growing up in poverty with a critical religious stepfather and the pressure to support his eight younger siblings. Baldwin continued to cultivate his love of books and writing.

He struggled with feelings of isolation caused by strained relations with his stepfather. The barrage of racism he faced every day as a black man and realization in his teens that he was gay.

He left the United States in his 20s and moved to Paris. And it was there that he thrived as a writer and social critic.

“American history is longer, larger, more various, more beautiful, and more terrible than anything anyone has ever said about it.”-James Baldwin 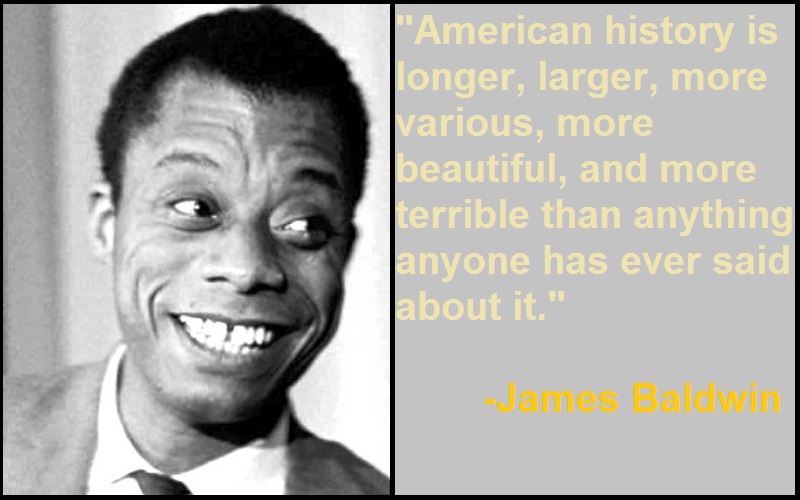 “Any writer, I suppose, feels that the world into which he was born is nothing less than a conspiracy against the cultivation of his talent.”-James Baldwin

“Anyone who has ever struggled with poverty knows how extremely expensive it is to be poor.”-James Baldwin

“Every legend, moreover, contains its residuum of truth, and the root function of language is to control the universe by describing it.”-James Baldwin

“Fires can’t be made with dead embers, nor can enthusiasm be stirred by spiritless men. Enthusiasm in our daily work lightens effort and turns even labor into pleasant tasks.”-James Baldwin

“Hatred, which could destroy so much, never failed to destroy the man who hated, and this was an immutable law.”-James Baldwin

“I am what time, circumstance, history, have made of me, certainly, but I am also, much more than that. So are we all.”-James Baldwin

“I love America more than any other country in this world, and, exactly for this reason, I insist on the right to criticize her perpetually.”-James Baldwin

“Love does not begin and end the way we seem to think it does, Love is a battle, love is a war, love is a growing up.”-James Baldwin

“I want to be an honest man and a good writer.”-James Baldwin

“It is certain, in any case, that ignorance, allied with power, is the most ferocious enemy justice can have.”-James Baldwin

“Life is tragic simply because the earth turns and the sun inexorably rises and sets, and one day, for each of us, the sun will go down for the last, last time.”-James Baldwin

“It is very nearly impossible… to become an educated person in a country so distrustful of the independent mind.”-James Baldwin

“Love him and let him love you. Do you think anything else under heaven really matters?”-James Baldwin

“No people come into possession of a culture without having paid a heavy price for it.”-James Baldwin

“Nobody is more dangerous than he who imagines himself pure in heart; for his purity, by definition, is unassailable.”-James Baldwin

“People are trapped in history and history is trapped in them.”-James Baldwin

“The face of a lover is an unknown, precisely because it is invested with so much of oneself. It is a mystery, containing, like all mysteries, the possibility of torment.”-James Baldwin

“The future is like heaven, everyone exalts it, but no one wants to go there now.”-James Baldwin

“People pay for what they do, and still more for what they have allowed themselves to become. And they pay for it very simply; by their lives, they lead.”-James Baldwin

“The most dangerous creation of any society is the man who has nothing to lose.”The noblest spirit is most strongly attracted by the love of glory.”-James Baldwin

“The only thing that white people have that black people need, or should want, is power-and no one holds power forever.”-James Baldwin

“People can cry much easier than they can change.”-James Baldwin

“The paradox of education is precisely this – that as one begins to become conscious one begins to examine the society in which he is being educated.”-James Baldwin

“The price one pays for pursuing any profession, or calling is an intimate knowledge of its ugly side.”The world is before you and you need not take it or leave it as it was when you came in.”-James Baldwin

“The writer’s greed is appalling. He wants or seems to want, everything and practically everybody, in another sense, and at the same time, he needs no one at all.”-James Baldwin

“There is never a time in the future in which we will work out our salvation. The challenge is in the moment; the time is always now.”-James Baldwin

“Those who say it can’t be done are usually interrupted by others doing it.”-James Baldwin

“To be a Negro in this country and to be relatively conscious is to be in a rage almost all the time.”-James Baldwin

“An action is a lack of balance. In order to act, you must be somewhat insane. A reasonably sensible man is satisfied with thinking.”-James Baldwin

“When one begins to live by habit and by quotation, one has begun to stop living.”-James Baldwin

“You know, it’s not the world that was my oppressor, because what the world does to you if the world does it to you long enough and effectively enough, you begin to do to yourself.”-James Baldwin