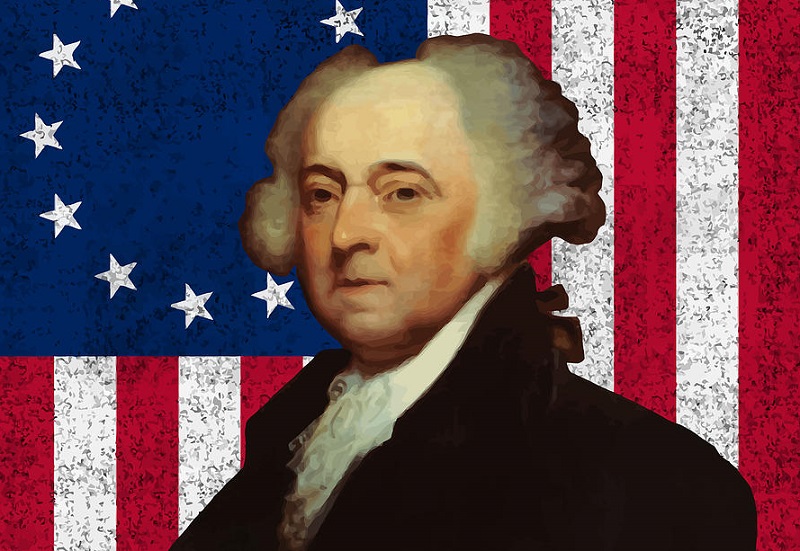 John Adams Quotes:- John Adams (30 October 19, 1735 – July 4, 1826) was one of the Founding Fathers of the United States. He served as the first vice president (1789–1797) and second president of the United States (1797–1801). He was a lawyer, diplomat, and leader of American independence from Great Britain. Adams was a dedicated diarist, and correspondent with his wife and advisor Abigail, recording important historical information on the era. 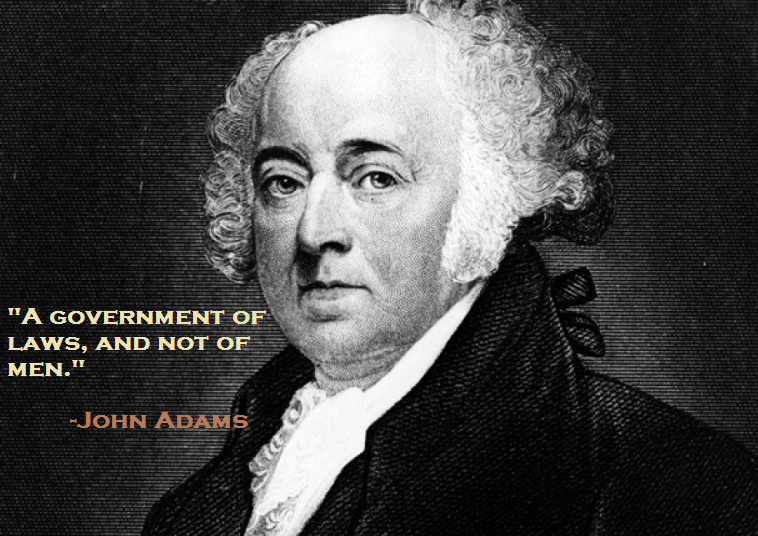 A political activist prior to the American Revolution, Adams was devoted to the right to counsel and the presumption of innocence. He defied anti-British sentiment and successfully defended British soldiers against murder charges arising from the Boston Massacre. Adams was a Massachusetts delegate to the Continental Congress and became a principal leader of the Revolution.

“A desire to be observed, considered, esteemed, praised, beloved, and admired by his fellows is one of the earliest as well as the keenest dispositions discovered in the heart of man.”-John Adams

“A government of laws, and not of men.”-John Adams

“Abuse of words has been the great instrument of sophistry and chicanery, of party, faction, and division of society.”-John Adams

“All the perplexities, confusion and distress in America arise, not from defects in their Constitution or Confederation, not from want of honor or virtue, so much as from the downright ignorance of the nature of coin, credit and circulation.”-John Adams

“As much as I converse with sages and heroes, they have very little of my love and admiration. I long for rural and domestic scene, for the warbling of birds and the prattling of my children.”-John Adams

“Because power corrupts, society’s demands for moral authority and character increase as the importance of the position increases.”-John Adams

“Democracy… while it lasts is more bloody than either aristocracy or monarchy. Remember, democracy never lasts long. It soon wastes, exhausts, and murders itself. There is never a democracy that did not commit suicide.”-John Adams

“Facts are stubborn things; and whatever may be our wishes, our inclinations, or the dictates of our passions, they cannot alter the state of facts and evidence.”-John Adams

“Fear is the foundation of most governments.”-John Adams

“Great is the guilt of an unnecessary war.”-John Adams

“I must not write a word to you about politics, because you are a woman.”-John Adams

“I must study politics and war that my sons may have liberty to study mathematics and philosophy.”-John Adams

“I, poor creature, worn out with scribbling for my bread and my liberty, low in spirits and weak in health, must leave others to wear the laurels which I have sown, others to eat the bread which I have earned. A common case.”-John Adams

“In politics, the middle way is none at all.”-John Adams

“Let us tenderly and kindly cherish, therefore, the means of knowledge. Let us dare to read, think, speak, and write.”-John Adams

“Liberty cannot be preserved without general knowledge among the people.”-John Adams

“Liberty, according to my metaphysics is a self-determining power in an intellectual agent. It implies thought and choice and power.”-John Adams

“My country has contrived for me the most insignificant office that ever the invention of man contrived or his imagination conceived.”-John Adams

“Old minds are like old horses; you must exercise them if you wish to keep them in working order.”-John Adams

“Our Constitution was made only for a moral and religious people. It is wholly inadequate to the government of any other.”-John Adams

“Posterity! You will never know how much it cost the present generation to preserve your freedom! I hope you will make a good use of it.”-John Adams

“Power always thinks it has a great soul and vast views beyond the comprehension of the weak.”-John Adams

“Power always thinks… that it is doing God’s service when it is violating all his laws.”-John Adams

“Property is surely a right of mankind as real as liberty.”-John Adams

“Remember, democracy never lasts long. It soon wastes, exhausts, and murders itself. There never was a democracy yet that did not commit suicide.”-John Adams

“The essence of a free government consists in an effectual control of rivalries.”-John Adams

“The fundamental law of the militia is, that it be created, directed and commanded by the laws, and ever for the support of the laws.”-John Adams

“The furnace of affliction produces refinement, in states as well as individuals.”-John Adams

“The happiness of society is the end of government.”-John Adams

“The Hebrews have done more to civilize men than any other nation. If I were an atheist and believed blind eternal fate, I should still believe that fate had ordained the Jews to be the most essential instrument for civilizing the nations.”-John Adams

“The right of a nation to kill a tyrant in case of necessity can no more be doubted than to hang a robber, or kill a flea.”-John Adams

“While all other sciences have advanced, that of government is at a standstill – little better understood, little better practiced now than three or four thousand years ago.”-John Adams