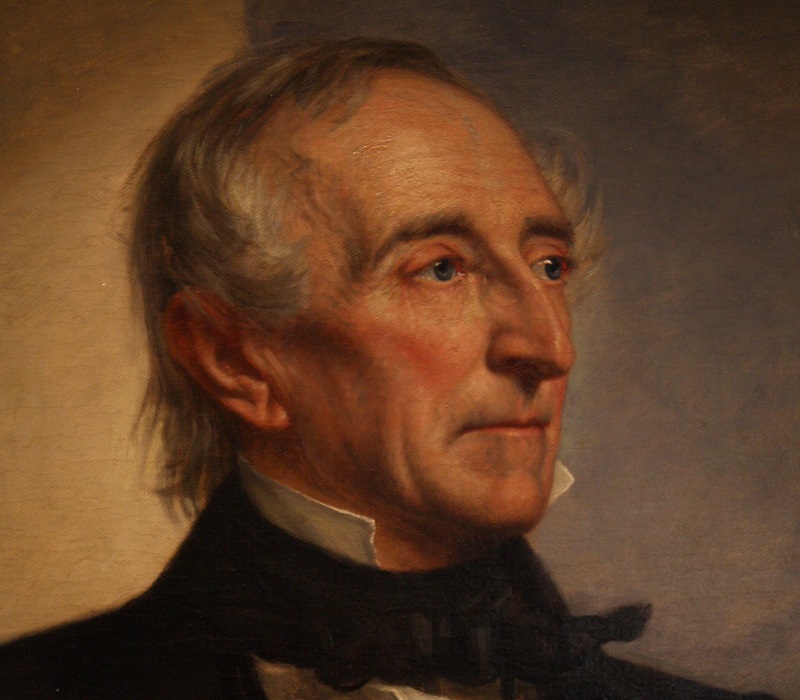 John Tyler Quotes:- John Tyler (March 29, 1790 – January 18, 1862) was the tenth president of the United States from 1841 to 1845. he was elected to the latter office on the 1840 Whig ticket with President William Henry Harrison. Tyler ascended to the presidency after Harrison’s death in April 1841.

He was a supporter of states’ rights, and as president, he adopted nationalist policies only when they did not infringe on the powers of the states. Tyler, born to a prominent Virginia family, became a national figure at a time of political upheaval. In the 1820s the nation’s only political party, the Democratic-Republicans, split into factions.

“A manufacturing nation is, in every sense of the word, dependent on others. Look to England! Cut off from the markets of the world, misery and ruin await her.”-John Tyler

“A republican government can only be supported by virtue; and the end of all our legislation should be to encourage our fellow citizens in its daily practice.”-John Tyler

“I am charged with violating pledges which I never gave; and because I execute what I believe to be the law, with usurping powers not conferred by law; and above all, with using the powers conferred upon the President by the Constitution, from corrupt motives and for unwarrantable ends.”-John Tyler

“I can never consent to being dictated to.”-John Tyler

“I should be pleased to see all the nations on the earth prosperous and happy and rich, for it would furnish to me the best evidence of the prosperity of my native land.”-John Tyler

“It is by these, the people, that I have been clothed with the high powers which they have seen fit to confide to their Chief Executive, and been charged with the solemn responsibility under which those powers are to be exercised.”-John Tyler

“Let it be henceforth proclaimed to the world that man’s conscience was created free; that he is no longer accountable to his fellow man for his religious opinions, being responsible therefore only to his God.”-John Tyler

“Liberty and equality are captivating sounds, but they often captivate to destroy.”-John Tyler

“My own personal popularity can have no influence over me when the dictates of my best judgment and the obligations of an oath require of me a particular course. Under such circumstances, whether I sink or swim on the tide of popular favor is, to me, a matter of inferior consideration.”-John Tyler

“Nature governs man by no principle more fixed than that which leads him to pursue his interest.”-John Tyler

“On the coming of that tremendous storm which for eight years desolated our country, Mr. Jefferson hesitated not, halted not.”-John Tyler

“Our form of government can no longer be considered an experiment in politics. Crowned with success, it stands forth an example to the world and exhibits the proudest triumph of reason and philosophy.”-John Tyler

“Our wise men flattered us into the adoption of the banking system under the idea that boundless wealth would result from the adoption.”-John Tyler

“Parties are continually changing. The men of today give place to the men of tomorrow, and the idols which one set worship, the next destroy.”-John Tyler

“Pleasure has ever more been represented by poets and by painters as clothed in perpetual smiles and adorned with the richest jewels; and in real life, we have known many who, allured by her deceptions, blandishments, and hollow but showy temptations, have followed as she pointed until ruin has befallen them.”-John Tyler

“Popularity, I have always thought, may aptly be compared to a coquette – the more you woo her, the more apt is she to elude your embrace.”-John Tyler

“So far as it depends on the course of this government, our relations of good will and friendship will be sedulously cultivated with all nations.”-John Tyler

“The applause of his native land is the richest reward to which the patriot ever aspires. It is this for which ‘he bears to live or dares to die.’ It is the high incentive to those achievements which illustrate the page of history and give to poetry its brightest charm.”-John Tyler

“The sailor’s life is at the best a life of danger. He pursues honor on the mountain wave and finds it in the battle and in the storm, and never did more distinguished chivalry display itself than in the conduct of our seamen during the late war.”-John Tyler

“The tolling of yon dismal bell and the loud but solemn discharge of artillery hath announced to the nation the melancholy tidings – Thomas Jefferson no longer lives!”-John Tyler

“This Constitution was not made for a day, nor is it composed of such flexible materials as to be warped to the purposes of a casually ascendant influence.”-John Tyler

“We direct the destinies of a mighty continent. Our resources are unlimited: our means unbounded. If we be true to ourselves, the glory of other nations, in comparison to ours, shall resemble but a tale from the days of chivalry.”-John Tyler

“Wealth can only be accumulated by the earnings of industry and the savings of frugality.”-John Tyler

“Were you a merchant, would you settle yourself in a rich or poor neighborhood? You would not be so blind as to locate yourself among persons who would not be able to purchase your goods. So with nations with whom we trade.”-John Tyler

“When the happy era shall arrive for the emancipation of nations, hastened on as it will be by the example of America, shall they not resort to the Declaration of our Independence as the charter of their rights, and will not its author be hailed as the benefactor of the redeemed?”-John Tyler