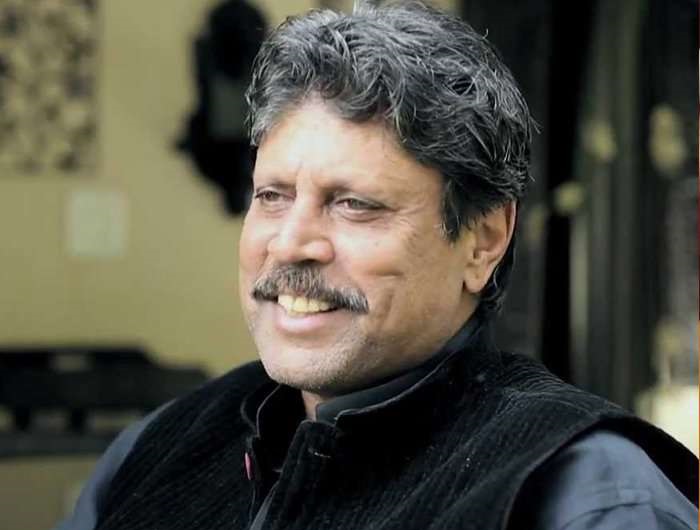 Kapil Dev:- Kapil Dev Nikhanj ( born 6 January 1959), better known as Kapil Dev, is a former Indian cricketer. He was named by Wisden as the Indian Cricketer of the Century in 2002. Kapil Dev is the only player in the history of cricket to have taken more than 400 wickets (434 wickets) and scored more than 5000 runs in Tests, making him one of the greatest all-rounders to have played the game. 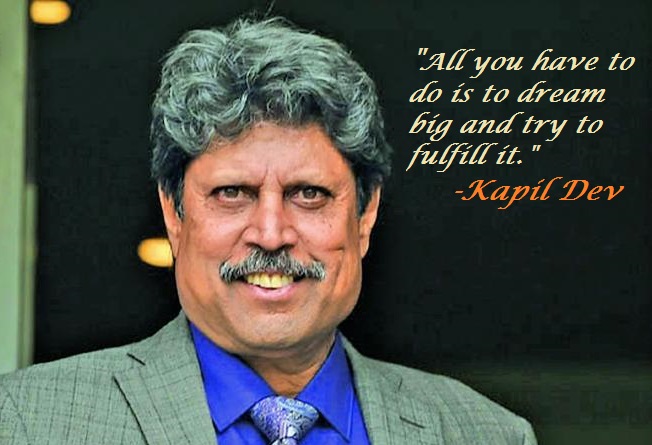 He has captained the Indian cricket team that won the 1983 Cricket World Cup. He was India’s national cricket coach between October 1999 and August 2000. He retired in 1994, holding the world record for the greatest number of wickets taken in Test cricket, a record subsequently broken by Courtney Walsh in 2000. At the time, he was also India’s highest wicket-taker in both major forms of cricket, Tests, and ODIs. He is the first player to take 200 ODI wickets.

Kapil Dev was born as Kapil Dev Nikhanj to Ram Lal Nikhanj, a prominent timber merchant, and his wife Raj Kumari Ram Lal Nikhanj in Chandigarh on 6 January 1959. His mother was born in Pakpattan, in the town of the Sufi saint Baba Farid. His father was from Dipalpur. His four sisters were born there before partition and his two brothers in Fazilka, where they moved after partition. His father spent his early life after the partition in Fazilka. They moved to the capital city Chandigarh.

“All artists are crazy.”–Kapil Dev

“All you have to do is to dream big and try to fulfill it.”-Kapil Dev

“Apart from education, you need good health, and for that, you need to play sports.”-Kapil Dev

Kapil Dev Quotes on an idea

“As a sportsman, my aim was to help sportspersons grow. The idea is to see what is good for sport rather than what’s good for individuals.”-Kapil Dev

“As an Indian, I would like to back my government.”-Kapil Dev

“As I enter a new phase of life and my circle broadens, I start learning new things.”-Kapil Dev 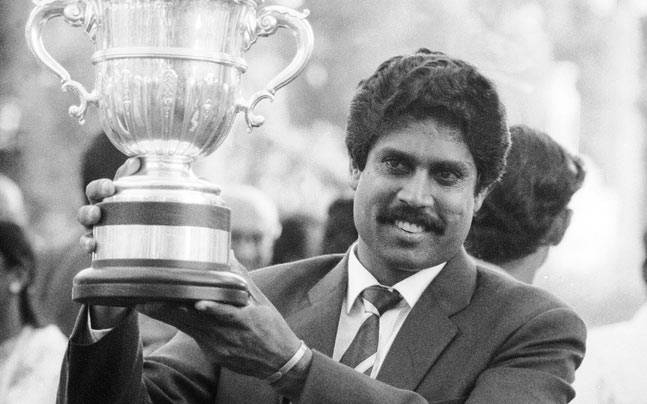 “Cricket has become more popular, not me… When the game grows, those who’ve played it also ‘grow.”-Kapil Dev

“Cricket is very simple… you play till you can sustain.”-Kapil Dev

“Fast bowling is an art, like spin bowling.”-Kapil Dev

“I am not too intelligent.”-Kapil Dev

“I don’t look into negative things. Go past mistakes and look forward.”-Kapil Dev

“I feel that World Cup cricket should be played like football in which all the 160 countries take part. If only a handful of countries are going to keep on playing in the World Cup without making the game popular, I will be a sad man.”-Kapil Dev

“I have great respect for Jaypee Greens as a company that has produced a truly world-class, 24-carat, championship golf course. I am happy to be associated with a company with such outstanding qualities.”-Kapil Dev

“I have no political aspirations. That’s it.”-Kapil Dev

“I have played cricket on my own terms.”-Kapil Dev

“I never said, ‘I wouldn’t help a cricketer if he approaches me.'”-Kapil Dev

“I never wanted to take autographs, always wanted to give them. To do this, you have to achieve something.”-Kapil Dev

“I used to hate any batsman who would not get out in my deliveries.”-Kapil Dev

“I was a naughty kid. Teachers did not like me much.”-Kapil Dev

“I, as a cricketer, would like to see 100 counties playing top-flight cricket, just like tennis and football. If I am alive to see that, I will be very happy.”-Kapil Dev

“If I can teach cricket overseas, why wouldn’t I do so in my own country?”-Kapil Dev

“If you are playing on a turning wicket, toss plays an important role. The team that wins the toss gets an opportunity to play on the fresh wicket. You should always prepare the wicket as per the team’s strength. But a rank turner might backfire.”-Kapil Dev

“If you have two good off-spinners, what is the problem in playing both of them.”-Kapil Dev

“If you play good cricket, a lot of bad things get hidden.”-Kapil Dev

“If your work becomes a source of enjoyment and a challenge, it will never seem like work – it will be fun. If you ever feel that your work is a burden, there is no point carrying on with it.”-Kapil Dev

“In the long run, I believe that honesty is definitely the best policy. One can get away by being dishonest for a short term, but ultimately, honesty is what pays.”-Kapil Dev

“Irrespective of any political party, I am a supporter of good people who want to do something for the society.”-Kapil Dev

“It is always nice when you are honored. The Lifetime award makes me feel old. I am only 55.”-Kapil Dev

“It isn’t easy being a celebrity cricketer in India.”-Kapil Dev

“Let me clarify it through the national news agency that I am not joining Aam Aadmi Party. There have been reports that I will be officially joining AAP, but I can assure you that nothing of that sort is happening.”-Kapil Dev

“Maybe a day will come when we may have to just put on a pair of glasses and see sports events.”-Kapil Dev

“My best wishes are with Indian cricket in general. I wish each one of our cricketer’s success at the international and domestic level.”-Kapil Dev

“My role models have kept on changing.”-Kapil Dev

“No cricket should be played for at least a month anywhere in the world after a World Cup.”-Kapil Dev

“One can’t feel old in a day or overnight!”-Kapil Dev

“People never expected a boy from a small town to have a life as I did.”-Kapil Dev

“People often ask me whether I believe in God. I haven’t seen God. But I think that one’s beliefs are one’s God – and, in those terms, yes, God is there.”-Kapil Dev

“Selectors can’t please everyone, but I am OK if they are working for the benefit of Indian cricket. It’s an administrative decision to appoint a selection committee, and I would like to let them do their job.”-Kapil Dev

“Spirituality lies in what you do and how you do it and not what result you get.”-Kapil Dev

“Sports is my passion.”-Kapil Dev

“Sports should not become routine. It should be about passion.”-Kapil Dev

“Test cricket is a different sort of cricket altogether. Some players who are good for one-day cricket may be a handicap in a Test match.”-Kapil Dev

“The biggest test for any cricketer in England is the weather.”-Kapil Dev

“The hunger to win must not die… The appetite has to remain big.”-Kapil Dev

“The next generation has always been and will be better than the previous one. If it is not, then the world would not be moving forward.”-Kapil Dev

“The West Indians and Pakistanis play one-day cricket so well because they play for English counties.”-Kapil Dev

“There is inspiration all around us.”-Kapil Dev

“Though teenagers are generally very interested in sports, they must realize that education is the most important thing in their lives. They must find the right balance.”-Kapil Dev

“Try and understand: cricket was played by Commonwealth countries only; now it has started in other countries as well, and I am proud of that.”-Kapil Dev

“Virat Kohli has so far shown that he has more ability and talent than anybody else, and if he can play till 32 or 34 with same fitness and without injuries, he will come to a point where not even Vivian Richards neither Sachin Tendulkar had such a record.”-Kapil Dev

“When I was a boy, cricket was very, very English. Anyone who spoke English and anyone from a big town could play. And that was it.”-Kapil Dev

“When you have to work, work with a smile.”-Kapil Dev

“When you take risks and things don’t go your way, you can be heavily criticized by the media.”-Kapil Dev