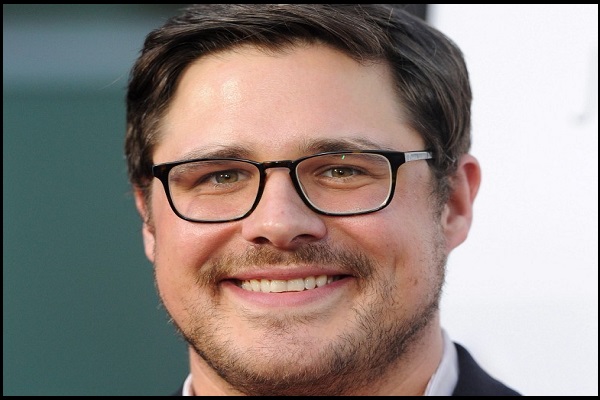 Rich Sommer Quotes:- Rich Sommer:- Rich Sommer (born February 2, 1978) is an American actor, best known for his portrayal of Harry Crane on the AMC drama series Mad Men. He is also known for his roles in the comedy-drama films The Devil Wears Prada (2006), Celeste and Jesse Forever (2012), The Giant Mechanical Man (2012), and Hello, My Name Is Doris (2015). Sommer is a fan favorite on the smash-hit podcast, Never Not Funny, hosted by comedian and pioneer Jimmy Pardo.


Rich Sommer attended Concordia College in Moorhead, Minnesota, where he majored in theater and sang in The Concordia Choir. Sommer studied improvisation at the Brave New Workshop in Minneapolis and started an improv group, the Slush Puppies, in Moorhead. In 2004, he received his Master of Fine Arts in acting from Case Western Reserve University in Cleveland, Ohio. 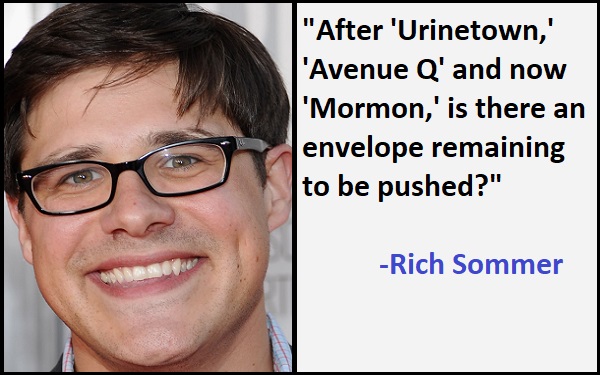 “After ‘Urinetown,’ ‘Avenue Q’ and now ‘Mormon,’ is there an envelope remaining to be pushed?”:- Rich Sommer

“Anytime you’re on camera, 95 percent of whatever character you’re playing, unless you’re Daniel Day-Lewis – or maybe, no, pretty much just him – you’re cast because you’re you.”:- Rich Sommer

“Before ‘Mad Men,’ I definitely had very dry spells and I know what those feel like, and I don’t think that ever leaves you as an actor.”:- Rich Sommer

“For the three years I lived in New York leading up to moving out to Los Angeles for ‘Mad Men,’ I was an office temp at Ernst & Young in Times Square. That’s about as desk-jobby as it can get. There was a lot of, ‘Go two floors up and make a copy of this and then bring it to me.”:- Rich Sommer


“Frankly, as much as I love to improvise, it hasn’t been difficult to stick to the script on ‘Mad Men.’ The writing is so precise, and the story so carefully crafted, that I don’t think there’s room – or need – for ad-libbing. I could never come up with dialogue as lovely as these writers do, anyway.”:- Rich Sommer

“I am a board game enthusiast, a board game evangelist, a board game nerd, but I wouldn’t say I’m ‘keen’ because I very rarely win, and ‘keen’ suggests you’re actually good at something. But I do play a lot of them, and I have a pretty good-sized collection.”:- Rich Sommer

“I don’t have the confidence to pull off a mustache.”:- Rich Sommer

“I don’t know if it’s the sunshine or the fact that I actually have a job, but I do like L.A. a lot. In New York, it can be gray and rainy and cold, and you still don’t have any money, and you feel like a bad Dickens character.”:- Rich Sommer

“I have an RSS reader, Feeddler. I mostly subscribe to board game blogs – they have reviews of new games and discussions about trends. It’s straight-up dork talk.”:- Rich Sommer

“I only aim for fashion that’s long dead.”:- Rich Sommer

“I wonder if games are maybe a terminus for ideas. Things can be books or movies or operas or plays, but once they’re a game, that’s where they should end. Things shouldn’t start as games and be taken to movies.”:- Rich Sommer

“I would be lucky to be remembered as Harry Crane. That being said, I think it’s a goal for most actors to have the opportunity to play a variety of characters, so I hope any non-‘Mad Men’ role feels as separate as possible from Harry.”:- Rich Sommer

“I would like to ban people from being allowed to text while in a crosswalk.”:- Rich Sommer

“I’ll usually stay up a little later than my wife and play Xbox, a little ‘Modern Warfare 3.’ Or I’ll have a friend over, and we’ll play board games until late at night. I’ll always choose fun oversleep.”:- Rich Sommer

“I’m pretty quick to delete something off of my phone if it’s become obsolete. And things like RSS readers have made life easier – all of the headlines are going to be related to a topic I’m interested in.”:- Rich Sommer

“I’m very happy to say goodbye to the three-button suits. I hate three-button suits. Some people can pull them off, but they’re legitimately really, really skinny. Unfortunately, the only people who actually wear them are, like, Mr. Monopoly, and people like that.”:- Rich Sommer

“I’m very, very fortunate to be in the job that I’m in, and I would love for it to continue forever, but it won’t. I have to financially and emotionally prepare for the day that ‘Mad Men’ will go away, because who knows what my next job is going to be?”:- Rich Sommer

“I’ve certainly had less practice at fatherhood than I have at acting, but in fatherhood, at least my failures are private!”:- Rich Sommer

“In college, my friend Melanie and I used to have weekly Jimmy Stewart viewings, and ‘Harvey’ seemed to make its way into the rotation an inordinate amount of times.”:- Rich Sommer

“My only foray into anything stock-market-related was in my eighth-grade social studies class. I have steered clear ever since.”:- Rich Sommer

“Part of what I love about games is that, even if you’re best friends with somebody, it gives you these sort of moments where you get to interact on a completely different level. You all agree to these abstract rules, but there’s nobody holding a gun to your head.”:- Rich Sommer

“So what’s so enticing about doing a play is that you get to do that thing that got you into acting in the first place… There’s a real attraction to being able to play, to just play. And that’s something that theater affords you.”:- Rich Sommer

“The 12 years that I was improvising are why I got the number of commercials I got when I was in New York and why I got ‘The Devil Wears Prada,’ and it’s why I even got in the door for ‘Mad Men.”:- Rich Sommer

“The amount of times my wife has rolled her eyes at board games is impossible to count.”:- Rich Sommer

“Three times a year, there’s Strategicon convention, and I go for the board games. It happens on Presidents Day, Labor Day, and Memorial Day weekends. You go and take a look at the new board games and meet a couple of board game designers, and you can check out games you don’t own from the library and then return them.”:- Rich Sommer