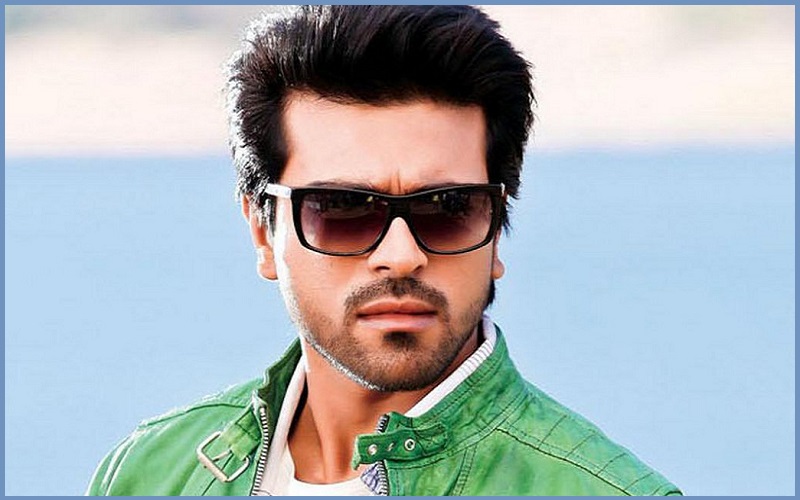 He is one of the most popular and influential actors in Tollywood and has been featured in Forbes India’s Celebrity 100 list since 2013.

Ram Charan was born in Hyderabad to Telugu actors Chiranjeevi and Surekha. He has two sisters. He is the grandson of Allu Rama Lingaiah and the nephew of Nagendra Babu, Pawan Kalyan, and Allu Aravind.

“After watching me in a larger-than-life character in ‘Magadheera,’ the audiences didn’t accept me as a college-going boy in ‘Orange.'”-Ram Charan 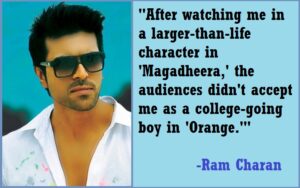 “At the end of the day, I am not my dad and have my own journey to make.”-Ram Charan

“Better a decent remake than a bad original, don’t you think?”-Ram Charan

“Accept it or not, every start he, actor, and the director wants to work on larger-than-life films.”-Ram Charan

“Dhruva’ is not a first-person narrative of Siddharth Abhimanyu.”-Ram Charan

“Dhruva’ will have them glued to their seats throughout, and I’m sure of that.”-Ram Charan

“Every father and son have conflicts.”-Ram Charan 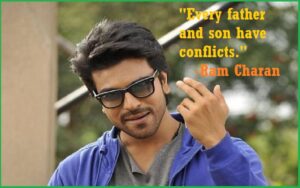 “Had ‘Dhruva’ not succeeded, I don’t mind calling these films experimental.”-Ram Charan

“Hindi films offer a wider reach. As an industry, it has the capability to merge varied states, languages, and nationalities.”-Ram Charan

“I am a Bruce Lee fan. I may be my fans’ hero, but even heroes have their heroes. And mine is Bruce Lee.”-Ram Charan

“I am honored to have been chosen for an Amitabh Bachchan film.”-Ram Charan

“I am just an artist, and I like to explore new avenues.”-Ram Charan

“I am not that big a method actor.”-Ram Charan

“I am open to them. If I come across something interesting, and I think it suits me, I may do a horror movie.”-Ram Charan

“The sky takes on shades of orange during sunrise and sunset, the color that gives you hope that the sun will set only to rise again.”-Ram Charan

“We have to understand that content is king now. And it doesn’t matter what the source of the content and where it’s coming from, as long as it is workable.”-Ram Charan

“I am so lazy and sometimes will go as late as 9 A.M. to shoot.”-Ram Charan

“I can speak a little bit of Hindi but understand every word.”-Ram Charan

“I definitely want to work in Hindi films.”-Ram Charan

“I don’t know how to say no, and that’s a weakness.”-Ram Charan

“I don’t run after successful directors. I give importance to the content of the film.”-Ram Charan

“I don’t think I can play Mr. Bachchan.”-Ram Charan

“I don’t think ‘Magadheera’ should be remade, nor do I think it will be remade. It is very difficult to recreate the same magic.”-Ram Charan

“I feel a man, when married, becomes more balanced. All the extra-curricular activities are done away with. The focus is on work and family.”-Ram Charan

“I feel that whoever isn’t feeling settled in their career won’t think about their marriage.”-Ram Charan

“I had never danced all my life until I shot for my first song in ‘Chirutha.'”-Ram Charan

“I have to give importance to my personal life, my family, parents, and sisters. I hope I can strike the right balance.”-Ram Charan

“I know my fans want me on the screen. But I think hero-worship should not be allowed to corrupt the plot and narrative of a film.”-Ram Charan

“I love shopping, but I can’t go out. I love going to restaurants and eating out with friends.”-Ram Charan

“I may be a star in the South, but when I go to Bollywood, I am a clean slate, a white paper. Whatever the director makes of me is what I will become for the audience.”-Ram Charan

“I request the audience to not mix cinema with politics.”-Ram Charan

“I studied in eight schools and did not get to be in a school for more than two years, as I was always requested to get out, even though I was not thrown out ever.”-Ram Charan

“I think God gives you all the good things at the same time.”-Ram Charan

“I told my parents that I will marry any girl they choose for me. They also told me that they are open to considering any girl I choose. We were very open about it throughout.”-Ram Charan

“I wanted to get a cropped hairdo, but Sreenu Vaitla loves my look in ‘Chiruta,’ so he suggested that I keep the long hair.”-Ram Charan

“I was born in that family. So I don’t know the difference between born as an actor’s son and not being an actor’s son. I never knew whether it was good or bad.”-Ram Charan

“I was pampered by all my father’s directors and producers during childhood. But at home, my father made sure I led a normal life.”-Ram Charan

“I’m compared to my dad all the time, and I’ve learned to take it positively by working hard.”-Ram Charan

“In the south, whether it is a small film or a big film, everybody sees it. So, there is always something for everybody to come, see, and enjoy.”-Ram Charan

“Initially, it would bother me when filmmakers, scriptwriters, dialogue writers, and choreographers tried to recreate a bit of my dad though me.”-Ram Charan

“The cop in ‘Dhruva’ had to be much more agile, far fitter, and alert than any role I had played so far. I built the body that the role required. If it’s been appreciated, I am glad.”-Ram Charan

“The principal did not like the fact that the teachers would take my side. I always left an impression when I left school – not for who I was but for what I did there.”-Ram Charan

“What better way to foray into production than with ‘Khaidi No 150.’ The film is truly close to my heart because it is my father’s 150th film.”-Ram Charan

I Love You More Than Quotes for Your Beloved People