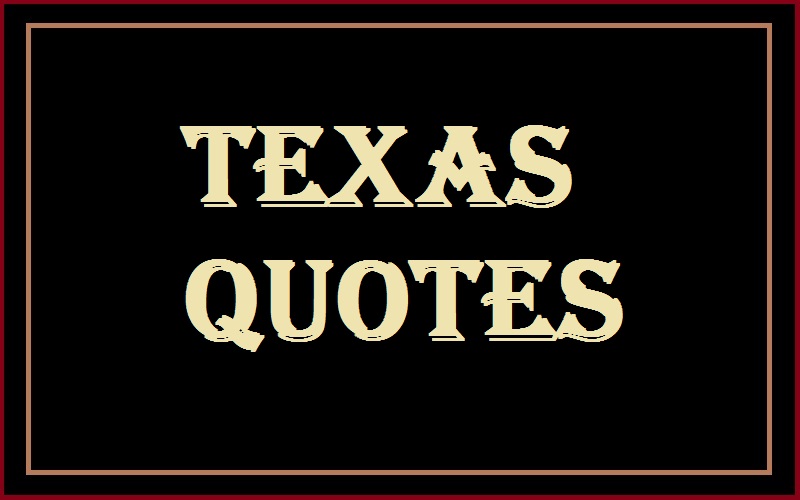 Texas Quotes:- Texas is the second-largest state in the United States by both area and population. Geographically located in the South Central region of the country, Texas shares borders with the U.S. states of Louisiana to the east, Arkansas to the northeast, Oklahoma to the north, New Mexico to the west, and the Mexican states of Chihuahua, Coahuila, Nuevo León, and Tamaulipas to the southwest, and has a coastline with the Gulf of Mexico to the southeast.

Below you will find our collection of inspirational, wise, and humorous old texas quotes, Texas sayings, and texas proverbs, collected over the years from a variety of sources.

“To me, it’s really the heart of Texas. You don’t know the Lone Star State until you’ve experienced Gruene Hall.”-Miranda Lambert 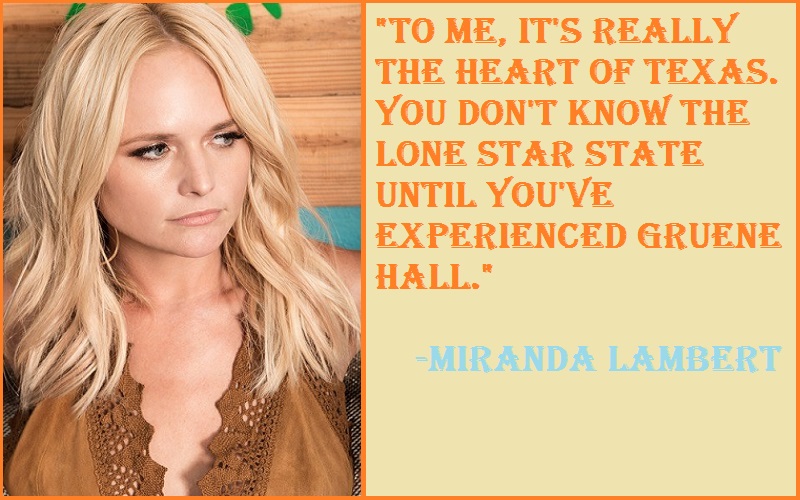 Texas has yet to learn submission to any oppression, come from what source it may.”-Sam Houston

“I’d rather be a fencepost in Texas, than the king of Tennessee.”-Chris Wall

“Always marry a woman from Texas. No matter how tough things get, she’s seen tougher.”-Dan Rather

“In Texas, we practically come out of the womb in jeans.”-Kelly Clarkson

“Texas is the finest portion of the globe that has blessed my vision.”-Sam Houston

“Texas is a blend of valor and swagger.”-Carl Sandburg

“I’ve traveled all over the world, but I don’t think there is any place better than Texas.”-Red Adair

“I thought I knew Texas pretty well, but I had no notion of its size until I campaigned it.”-Ann Richards

“This is Texas. We’re still figuring out how to spell tolerance.”-Rachel Caine

“Being from Texas, I would say I favor a pair of jeans you can wear some boots with.”-Jensen Ackles

“Texas is OK if you want to settle down and do your own thing quietly, but it’s not for outrageous people, and I was always outrageous.”-Janis Joplin

“Makes me want to go to leave the United States and go to a more sensible place, like Texas.”-Greg Gutfeld

“In the name of the constitution of Texas, which has been trampled upon, I refuse to take this oath. I love Texas too well to bring civil strife and bloodshed upon her.”-Sam Houston

“I just want Texas to be number one in something other than executions, toll roads, and property taxes.”-Kinky Friedman

“Like most passionate nations, Texas has its own history based on, but not limited by, facts.”-John Steinbeck

“Texas is a great place to be rich and a terrible place to be poor. It’s got the highest percentage of people without health insurance in the country. If you get injured on the job, good luck getting workers’ comp. And God help you if you’re poor and mentally ill.”-Gail Collins

“Texas does not, like any other region, simply have indigenous dishes. It proclaims them. It congratulates you, on your arrival, at having escaped from the slop pails of the other 49 states.”-Alistair Cooke

“A born Texan has instilled in his system a mind-set of no retreat or no surrender. I wish everyone the world over had the dominating spirit that motivates Texans.”-Billy Clayton

“At the risk of descending to unscientific generalizations, 90 percent of Texans give the other 10 percent a bad name.”-Mary Doria Russell

“I think Texans have more fun than the rest of the world.”-Tommy Tune

“Texas is a state of mind. Texas is an obsession. Above all, Texas is a nation in every sense of the word. And there’s an opening convey of generalities. A Texan outside of Texas is a foreigner.”-John Steinbeck