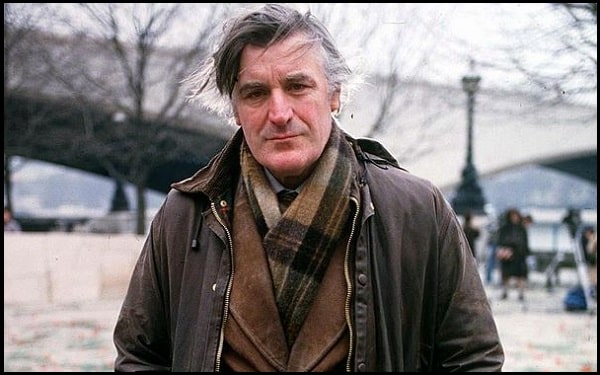 Ted Hughes Quotes:- Ted Hughes (17 August 1930 – 28 October 1998) was an English poet, translator, and children’s writer. Critics frequently rank him as one of the best poets of his generation, and one of the twentieth century’s greatest writers. He served as Poet Laureate from 1984 until his death.

“It took the whole of Creation To produce my foot, my every feather: Now I hold Creation in my foot.”-Ted Hughes 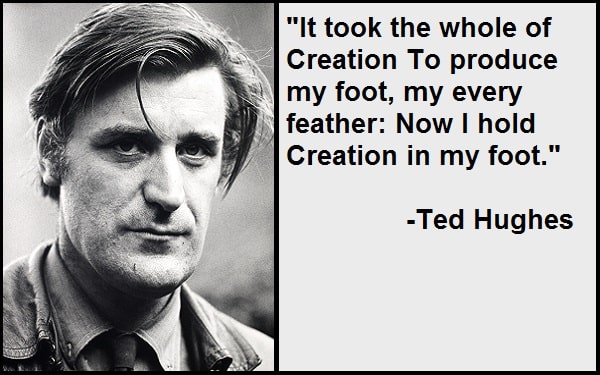 “What happens in the heart simply happens.”-Ted Hughes

“Fishing provides that connection with the whole living world. It gives you the opportunity of being totally immersed, turning back into yourself in a good way. A form of meditation, some form of communion with levels of yourself that are deeper than the ordinary self.”-Ted Hughes

“What’s writing really about? It’s about trying to take fuller possession of the reality of your life.”-Ted Hughes

“The inmost spirit of poetry, in other words, is at the bottom, in every recorded case, the voice of pain – and the physical body, so to speak, of poetry, is the treatment by which the poet tries to reconcile that pain with the world.”-Ted Hughes