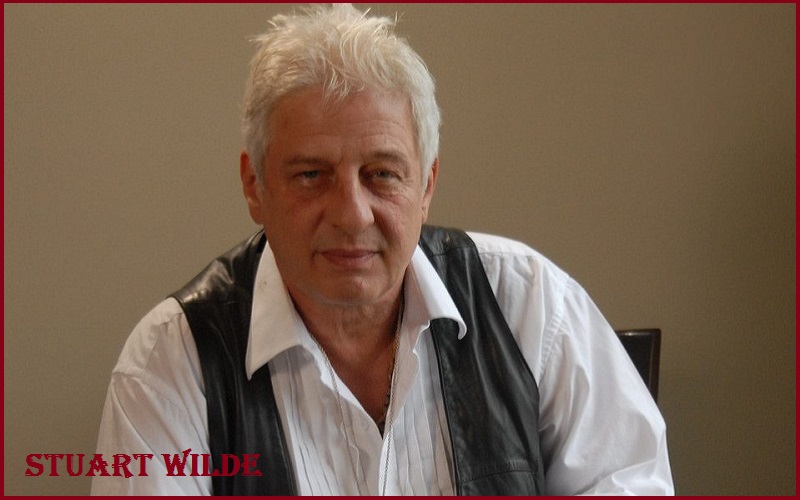 Stuart Wilde Quotes:- Stuart Wilde (24 September 1946 – 1 May 2013) was a British writer. Best known for his works on New Age, self-empowerment, and spirituality.

He studied alternative religions and Taoist philosophy for five years from the age of twenty-eight, and when he was thirty-three, he emigrated to the United States of America where he lived in Laguna Beach, California with his first wife Cynthia. He wrote his first book, Miracles, in 1983.

“It’s not just the emotional, intellectual, and physical gaps between you and money. The real gap is always between what you think you want and what you actually want, deep down.”-Stuart Wilde 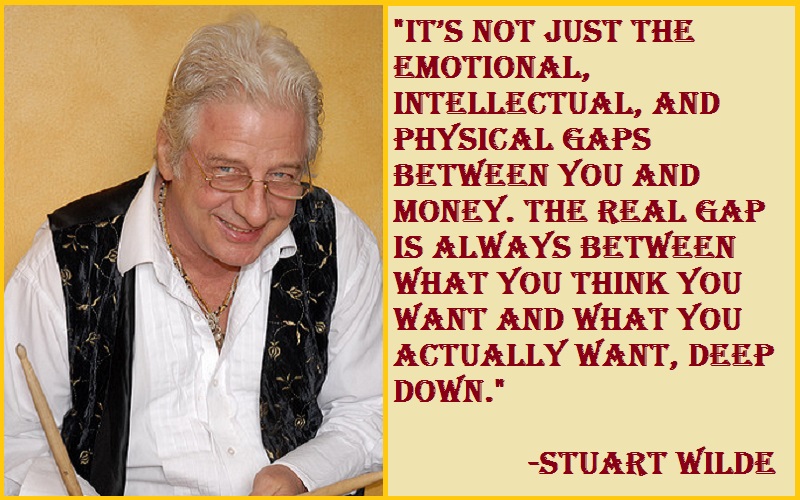 “Poverty is a restriction and as such, it is the greatest injustice you can perpetrate upon yourself.”-Stuart Wilde

“In bad times, the rich usually get richer”-Stuart Wilde

“All mankind’s inner feelings eventually manifest themselves as an outer reality.”-Stuart Wilde

“In the end, it all comes down to enthusiasm. Your creativity is basically your expression of God-force.”-Stuart Wilde

“If you don’t change, a reality in the end forces that change upon you.”-Stuart Wilde

“Life was never meant to be a struggle, just a gentle progression from one point to another, much like walking through a valley on a sunny day.”-Stuart Wilde

“Each moment of our life, we either invoke or destroy our dreams. We call upon it to become a fact, or we cancel our previous instructions.”-Stuart Wilde

“Our life’s journey of self-discovery is not a straight-line rise from one level of consciousness to another. Instead, it is a series of steep climbs and flat plateaus, then further climbs. Even though we all approach the journey from different directions, certain of the journey’s characteristics are common to all of us.”-Stuart Wilde

“In a time of crisis, we all have the potential to morph up to a new level and do things we never thought possible.”-Stuart Wilde

“Money is just a symbol we use to facilitate the gathering of memories and experiences.”-Stuart Wilde

“I don’t know about you but I like my Spiritual Enlightenment on the hurry-up. I don’t have time to read 60 volumes of this or that. If you can’t explain it to me in 30 seconds, it can’t be the God force in my view anyway.”-Stuart Wilde

“Everything is out there waiting for you. All you have to do is walk up and declare yourself in. No need for permission. You just need the courage to say, “Include me”. Providing you have the energy to pull it off you can do what you like. And the Universal Law, being impartial, will be only too delighted to deliver.”-Stuart Wilde