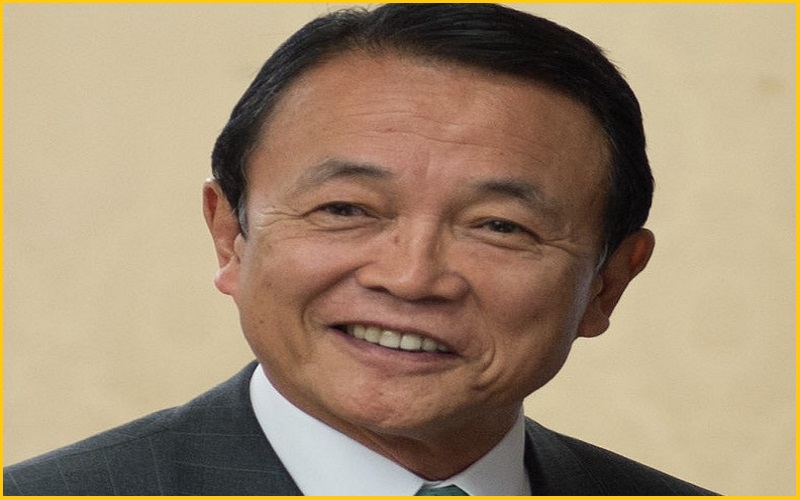 Taro Aso Quotes:- Taro Aso (born 20 September 1941) is a Japanese politician who is the Deputy Prime Minister and Minister of Finance.

Aso was the 59th Prime Minister of Japan, serving from September 2008 to September 2009. He was also a member of the Japanese shooting team at the 1976 Montreal Olympics. 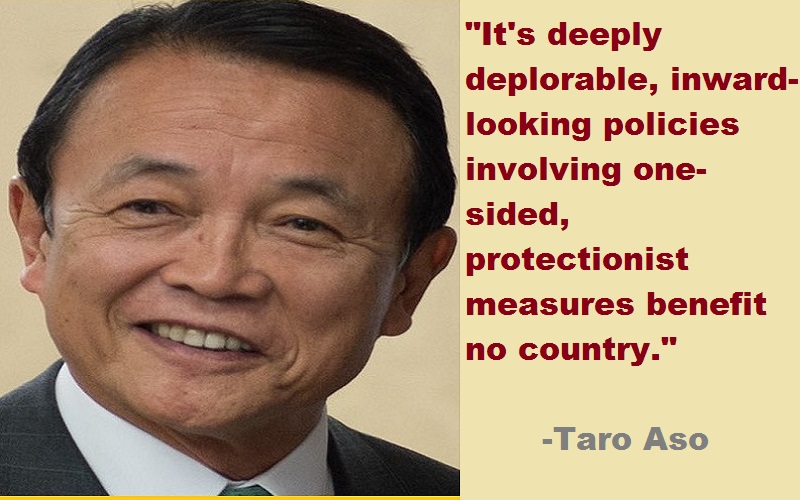 “I was instructed by the prime minister to take various, aggressive responses to ensure stability in the financial and currency markets.”-Taro Aso 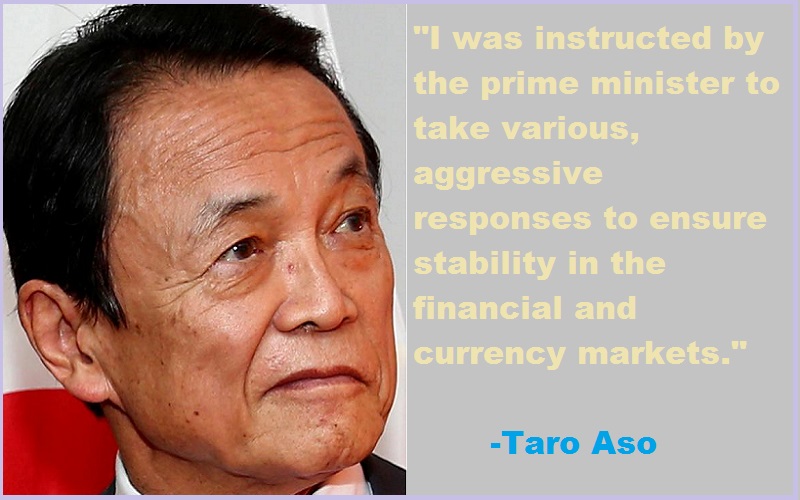 “Current exchange-rate markets are showing extremely nervous movements. In order to prevent such moves from continuing, I’ll closely watch the currency market moves more than ever with a sense of urgency and will respond firmly when necessary.”-Taro Aso