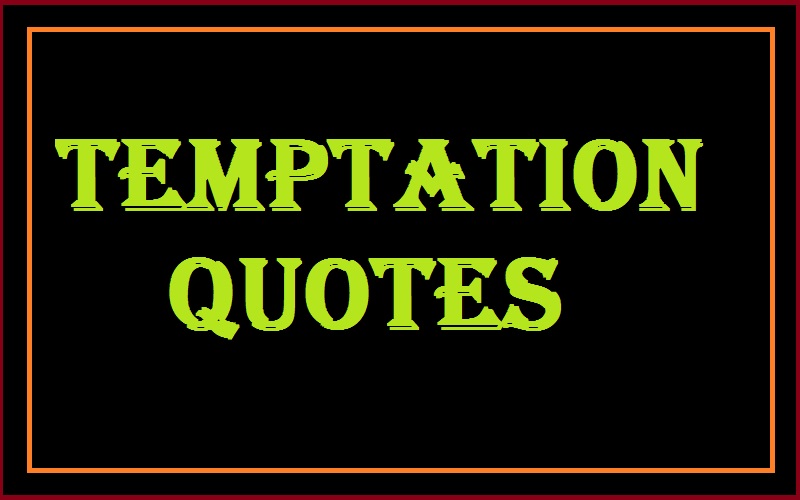 Temptation Quotes:- Temptation is a desire to engage in short-term urges for enjoyment, that threatens long-term goals. In the context of some religions, temptation is the inclination to sin.

Below you will find our collection of inspirational, wise, and humorous old temptation quotes, temptation sayings, and temptation proverbs, collected over the years from a variety of sources.

“Temptation is the feeling we get when encountered by an opportunity to do what we innately know we shouldn’t.”-Steve Maraboli 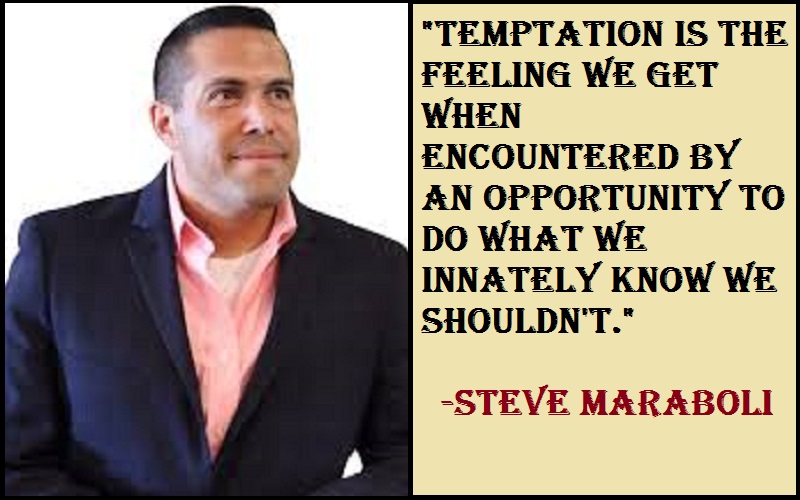 “Better to ask the way than go astray.”-unknown

“Don’t bite off more than you can chew.”-unknown

“Even though you have ten thousand fields, you can eat but one measure of rice a day.”-Chinese Proverb

“Every man has his price.”-unknown

“Gold is the devil’s fishhook.”-Italian (on temptation)

“If you don’t want trouble, don’t go looking for it.”-unknown

“It’s better to find a whole worm in your apple than half a worm.”-unknown

“Never pick up what you didn’t put down.”-Virgin Islander (on temptation)

“The bigger they are, the harder they fall.”-unknown

“The crow may be caged but his thoughts are in the cornfield.”-Belizean (on temptation)

“The devil catches most souls in a golden net.”-German (on temptation)

“The devil tempts but doesn’t force.”-Guyanan

“The grass is always greener in someone else’s yard.”-unknown

“There is a charm about the forbidden that makes it unspeakably desirable.”-Mark Twain

“The devil doesn’t come dressed in a red cape and pointy horns. He comes as everything you’ve ever wished for.”-Tucker Max

“The greatest temptations are not those that solicit our consent to obvious sin, but those that offer us great evils masking as the greatest goods.”-Thomas Merton

“Temptation is stronger in the minds of people who are in doubt. Prayer makes it weaker.”-Toba Beta, Betelgeuse Incident: Inside Bait Al-Jauza

“Sometimes we have to behave indifferently towards people who proclaim their love to us, just to see if they are really different.”-Michael Bassey Johnson

‘Temptation likes best those who think they have natural immunity, for it may laugh all the harder when they succumb.”-Catherynne M. Valente

“Every conquering temptation represents a new fund of moral energy. Every trial endured and weathered in the right spirit makes a soul nobler and stronger than it was before.”-William Butler Yeats

“Temptation is like a knife, that may either cut the meat or the throat of a man; it may be his food or his poison, his exercise or his destruction”-John Owen

“Some temptations come to the industrious, but all temptations attack the idle.”-Charles H. Spurgeon