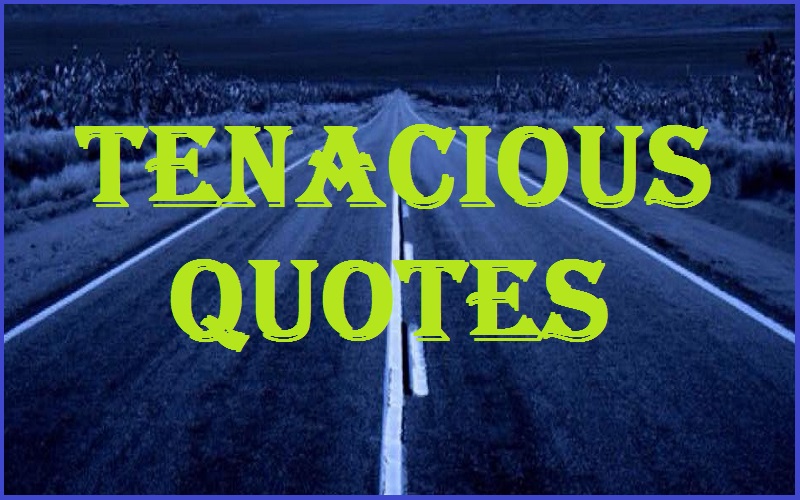 Tenacious Quotes:- It is not enough that we do our best; sometimes we must do what is required. The will of the strong will never be shaken by doubts of the weak. It’s how tenacious you are that will determine your success. Persistent people begin their success where others end in failure.

Below you will find our collection of inspirational, wise, and humorous old tenacious quotes, tenacious sayings, and tenacious proverbs, collected over the years from a variety of sources.

“There is no chance, no destiny, no fate, that can circumvent or hinder or control the firm resolve of a determined soul.”-Ella Wheeler Wilcox 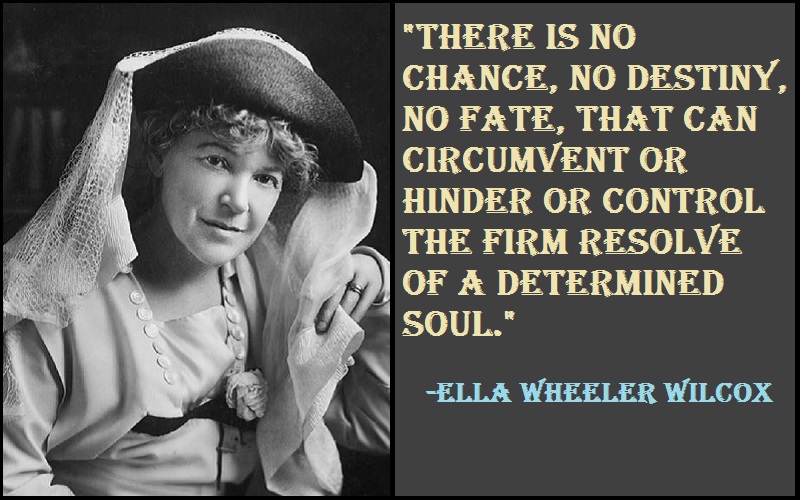 “It’s the constant and determined effort that breaks down all resistance, sweeps away all obstacles.”-Claude M. Bristol

“The man who is tenacious of purpose in a rightful cause is not shaken from his firm resolve by the frenzy of his fellow citizens clamoring for what is wrong, or by the tyrant’s threatening countenance.”-Horace

“Saddam Hussein has been tenacious in his pursuit of weapons of mass destruction and, unless he is removed from power, he will eventually harm our nation and our allies. Every moment we delay allows him to grow stronger.”– Richard Shelby

“Persistent people begin their success where others end in failure.-Edward Eggleston

“It is not enough that we do our best; sometimes we must do what is required.”-Winston S. Churchill

“A small body of determined spirits fired by an unquenchable faith in their mission can alter the course of history.”-Mahatma Gandhi

“Tenacity is the ability to hang on when letting go appears most attractive.”-Anonymous

“People of mediocre ability sometimes achieve outstanding success because they don’t know when to quit. Most men succeed because they are determined to.”-George Allan

“If you are determined enough and willing to pay the price, you can get it done.”-Mike Ditka

“Be tenacious. Get as much stage time as possible.”-Ana Gasteyer

“Tenacious people don’t rely on luck, fate, or destiny for their success. And when conditions become difficult, they keep working.”-John C. Maxwell

“A little more persistence, a little more effort, and what seemed hopeless failure may turn to glorious success.”-Elbert Hubbard

“Just remember, you can do anything you set your mind to, but it takes action, perseverance, and facing your fears.”-Gillian Anderson

“If we have the courage and tenacity of our forebears, who stood firmly like a rock against the lash of slavery, we shall find a way to do for our day what they did for theirs.”-Mary Mcleod Bethune

“Make up your mind that no matter what comes your way, no matter how difficult, no matter how unfair, you will do more than simply survive. You will thrive in spite of it.”-Joel Osteen

“You have to beat your strongest when you’re feeling at your weakest.”-Anonymous

Top 20 Tenacious Quotes To Inspire You

“Strength does not come from physical capacity. It comes from an indomitable will.”-Mohandas Karamchand Gandhi

“To the person with a firm purpose all men and things are servants.”-Johann Wolfgang von Goethe

“Tenacity is not about avoiding being overwhelmed but being indomitable in the face of the overwhelming odds of your venture’s failure.”-Andy Dunn

“Tenacity isn’t just the most important thing, it’s the only thing.”-Mavis Leno

“A determined soul will do more with a rusty monkey wrench than a loafer will accomplish with all the tools in a machine shop.”-Robert Hughes

“We must remember that one determined person can make a significant difference and that a small group of determined people can change the course of history.”-Sonia Johnson

“Cancer reminds me of a very bad but tenacious performer who, although no one wants to see, insists on doing an encore, having a return engagement, making a comeback and, worst of all, going on tour.”-Valerie Harper

Famous Tenacious Quotes To Inspire You

“We can find a great sector or business, but we’re investing so early that unless there’s this tenacious grit, determination, resourcefulness, ability to evolve, it won’t work.”-Dan Levitan

“I’m tenacious, I think – I know – and I do also have a quality where if you tell me I can’t do something if I know I can’t do it I’m the first to raise my hand and say, ‘I can’t do that.’ But there is the big Bronx, New York Jew in me that just says, ‘Really? Really? You think I – yes, I can. I can do it. I can do it.”-Ellen Barkin

“Everyone in business is tenacious and extremely aggressive. If you’re not a ‘now’ person – do it right now – then you’re not going to be successful. I like that kind of mentality.”-Larry Wilcox

“Asher means ‘happy and blessed’ which embodies my eldest. Caleb means ‘stubborn and tenacious dog’ and I can’t even tell you how much that is my little boy! It was a useful warning.”-David Oyelowo

“The number of fighters that are ISIS fighters wouldn’t fill up most American football stadiums. This is not a large group of individuals, but they’re tenacious, and they rule with absolute terror.”-James Lankford

“He was so tenacious he defied the distraction of women by refusing to have them in his presence, just as later in life he denied his blindness by calling for more and more candles.”-Kit Williams

“I’m a pretty tenacious person; I get that from my mom. So sometimes, I use dark humor. I can’t take myself too seriously.”-Art Alexakis

“There is one class of men, whom it especially behooves to be tenacious of the right of free discussion. I mean the poor.”-Gerrit Smith