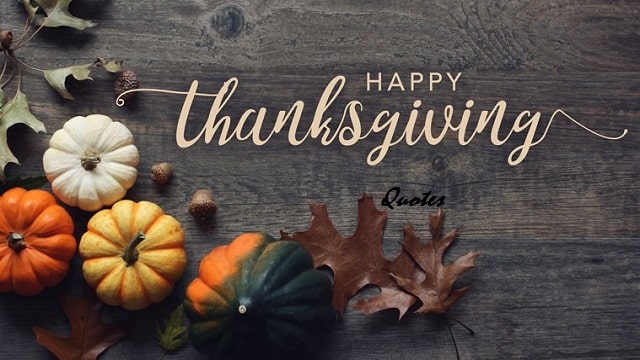 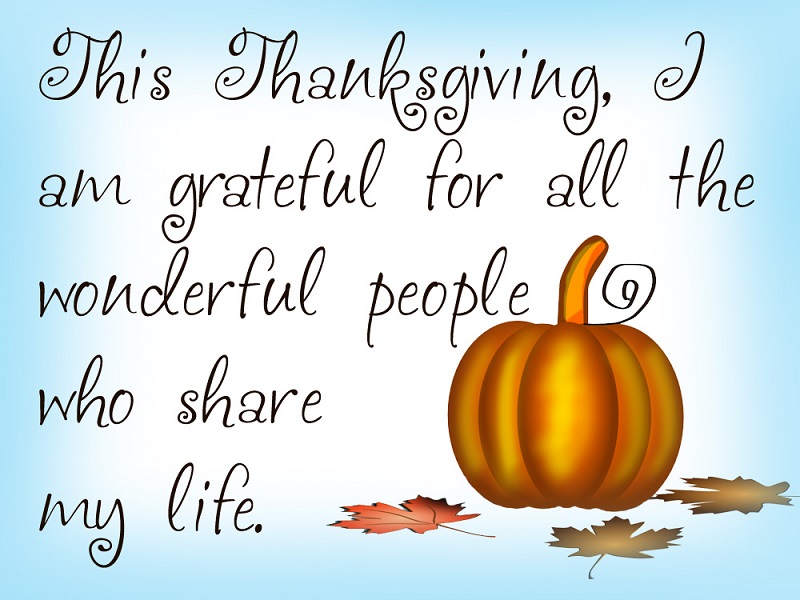 Thanksgiving Quotes:- Thanksgiving Day is a national holiday celebrated in Canada, the United States, some of the Caribbean islands, and Liberia. Although Thanksgiving has historical roots in religious and cultural traditions, it has long been celebrated as a secular holiday as well.

Thanksgiving is celebrated on the second Monday of October in Canada and on the fourth Thursday of November in the United States, and around the same part of the year in other places.

It began as a day of giving thanks for the blessing of the harvest and of the preceding year. Similarly named festival holidays to occur in Germany and Japan.

Below you will find our collection of inspirational, wise, and humorous Thanksgiving quotes, Thanksgiving sayings, and Thanksgiving proverbs, collected over the years from a variety of sources. “Be thankful for what you have; you’ll end up having more. If you concentrate on what you don’t have, you will never, ever have enough.”

“Gratitude is the inward feeling of kindness received. Thankfulness is the natural impulse to express that feeling. Thanksgiving is the following of that impulse.”

“To give thanks to solitude is enough. Thanksgiving has wings and goes where it must go. Your prayer knows much more about it than you do.”

“Grace isn’t a little prayer you chant before receiving a meal. It’s a way to live.”

“Give thanks for unknown blessings already on their way.”

“Thanksgiving Day is a jewel, to set in the hearts of honest men; but be careful that you do not take the day, and leave out the gratitude.”

“I celebrated Thanksgiving in an old-fashioned way. I invited everyone in my neighborhood to my house, we had an enormous feast, and then I killed them and took their land.”

“Not what we say about our blessings, but how we use them, is the true measure of our thanksgiving.”

“Thanksgiving was nothing more than a pilgrim-created obstacle in the way of Christmas; a dead bird in the street that forced a brief detour.”

“If you made a list of all the things you could be thankful for, the list would undoubtedly be longer than your misfortunes.”

“When asked if my cup is half-full or half-empty my only response is that I am thankful I have a cup.”

“Feeling gratitude and not expressing it is like wrapping a present and not giving it.”

“Let us be grateful to the people who make us happy; they are the charming gardeners who make our souls blossom.”

“Thanksgiving is nothing if not a glad and reverent lifting of the heart to God in honor and praise for His goodness.”

“To give thanks to solitude is enough. Thanksgiving has wings and goes where it must go. Your prayer knows much more about it than you do.”

“Be thankful for what you have; you’ll end up having more. If you concentrate on what you don’t have, you will never, ever have enough.”

“When I started counting my blessings, my whole life turned around.”

“Appreciation can change a day, even change a life. Your willingness to put it into words is all that is necessary.”

“The roots of all goodness lie in the soil of appreciation for goodness.”

“If you are really thankful, what do you do? You share.”

“We can always find something to be thankful for, no matter what may be the burden of our wants or the special subject of our petitions.”

“As we express our gratitude, we must never forget that the highest appreciation is not to utter words, but to live by them.”

“For each new morning with its light, For rest and shelter of the night, For health and food, for love and friends, For everything Thy goodness sends.”

“Thanksgiving like contentment is a learned attribute. The person who hasn’t learned to be content lives with the delusion he deserves more or something better.”

“I am grateful for what I am and have. My thanksgiving is perpetual. It is surprising how contented one can be with nothing definite – only a sense of existence. Well, anything for variety.”

“The funny thing about Thanksgiving, or any big meal, is that you spend 12 hours shopping for it, then go home and cook, chop, braise, and blanch. Then it’s gone in 20 minutes and everybody lies around sort of in a sugar coma, and then it takes four hours to clean it up.”

“Acknowledging the good that you already have in your life is the foundation for all abundance.”