Motivational The Ocean Quotes And Sayings 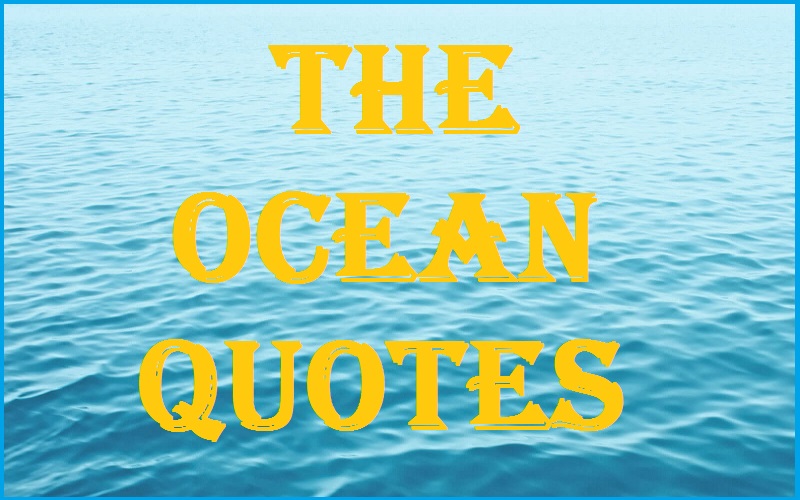 The Ocean Quotes:- An ocean is a body of water that composes much of a planet’s hydrosphere. On Earth, an ocean is one of the major conventional divisions of the World Ocean. These are, in descending order by area, the Pacific, Atlantic, Indian, Southern, and Arctic Oceans.

Below you will find our collection of inspirational, wise, and humorous old ocean quotes, the ocean sayings, and the ocean proverbs, collected over the years from a variety of sources.

Inspirational The Ocean Quotes And Sayings

“The sea is emotion incarnate. It loves, hates, and weeps. It defies all attempts to capture it with words and rejects all shackles. No matter what you say about it, there is always that which you can’t.”– Christopher Paolini 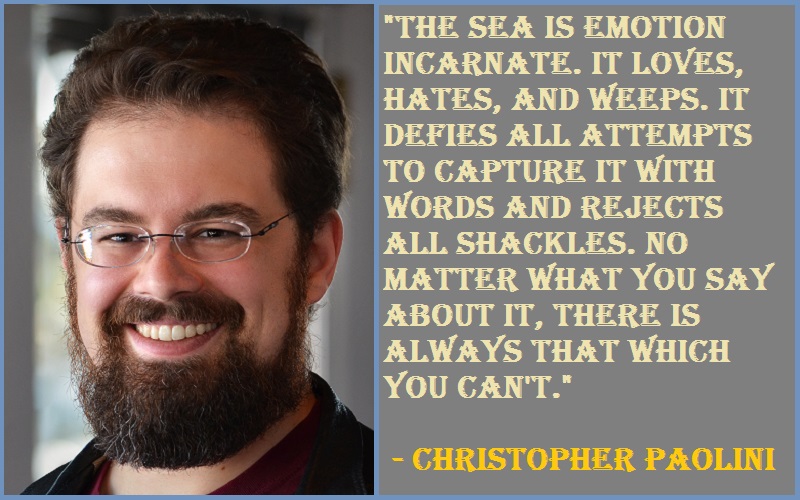 “Being out there in the ocean, God’s creation, it’s like a gift He has given us to enjoy.”-Bethany Hamilton

“What would an ocean be without a monster lurking in the dark? It would be like sleep without dreams.”-Werner Herzog

“Because there’s nothing more beautiful than the way the ocean refuses to stop kissing the shoreline, no matter how many times it’s sent away.”-Sarah Kay

“Ocean: A body of water occupying about two-thirds of a world made for man – who has no gills.”-Ambrose Bierce

“Those who live by the sea can hardly form a single thought of which the sea would not be part.”-Hermann Broch

“Ocean is more ancient than the mountains and freighted with the memories and the dreams of Time.”-H. P. Lovecraft

“The ocean is a central image. It is the symbolism of a great journey.”-Enya

“The ocean is a mighty harmonist.”-William Wordsworth

“The ocean is the lifeblood of our world. If we were to lose our fish that we appreciate so much by overfishing; or if we were to lose some of our favorite beaches to overbuilding and pollution, then how would we feel? It’s become a case of not knowing who?”-Aaron Peirsol

“Never underestimate the power of the ocean.”-Heidi Klum

“Pouring forth its seas everywhere, then, the ocean envelops the earth and fills its deeper chasms.”-Nicolaus Copernicus

“Every drop in the ocean counts.”-Yoko Ono

“The sea is the universal sewer.”-Jacques Yves Cousteau

“The sea, the great unifier, is man’s only hope. Now, as never before, the old phrase has a literal meaning: we are all in the same boat.”-Jacques Yves Cousteau

“Health to the ocean means health for us.”-Sylvia Earle

“An ocean which thinks there is nothing to learn from a lake is not a wise ocean!”-Mehmet Murat ildan

“Others may use the ocean as their road; Only the English make it their abode.”-Edmund Waller

“The ocean stirs the heart, inspires the imagination and brings eternal joy to the soul.”-Wyland

The Ocean Sayings and The Ocean Quotes

“To me, the sea is a continual miracle; The fishes that swim? the rocks?the motion of the waves?the ships, with men in them, What stranger miracles are there?”-Walt Whitman

“The cure for anything is salt water? sweat, tears, or the sea.”-Isak Dinesen

“We are tied to the ocean. And when we go back to the sea, whether it is to sail or to watch? we are going back from whence we came”-John F. Kennedy

“The sea does not reward those who are too anxious, too greedy, or too impatient. One should lie empty, open, choiceless as a beach? waiting for a gift from the sea.”-Anne Morrow Lindbergh

“Limitless and immortal, the waters are the beginning and end of all things on earth.”-Heinrich Zimmer

“The sea lives in every one of us.”-Wyland

“The Sea, once it casts its spell, holds one in its net of wonder forever.”-Jacques Cousteau

“That the sea is one of the most beautiful and magnificent sights in Nature, all admit.”-John Joly

“The waves of the sea help me get back to me.”-Jill Davis