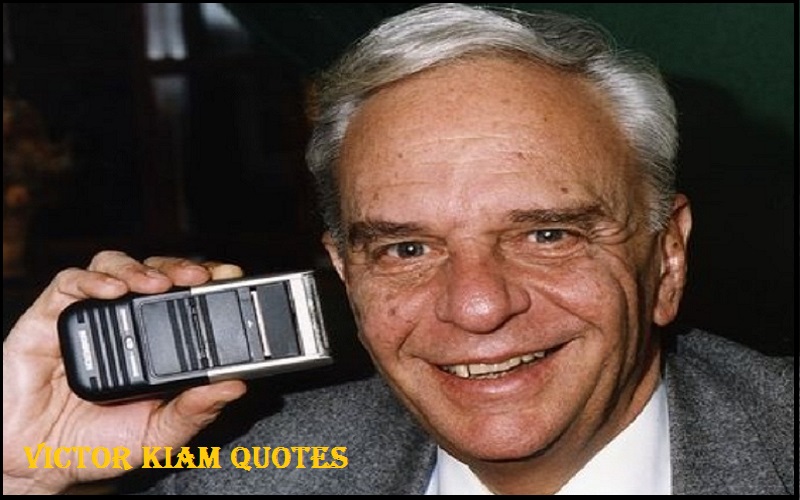 Victor Kiam Quotes:- Victor Kiam was an American entrepreneur and TV spokesman for Remington Products, and the owner of the New England Patriots football team from 1988–1991. He was well-known for his turnaround of Remington’s fortunes, as well as for his commercials.

Victor Kiam was born on 07 December 1926 in the French Quarter of New Orleans, the son of Nanon and Victor Kermit Kiam, a bond dealer who had divorced his actress mother while Kiam was four.

He was educated by his maternal grandfather at Phillips Academy in Massachusetts, where he was a classmate of future U.S. President George Herbert Walker Bush. Kiam Dead on May 27, 2001 (aged 74).

“An entrepreneur assumes the risk and is dedicated and committed to the success of whatever he or she undertakes.”-Victor Kiam 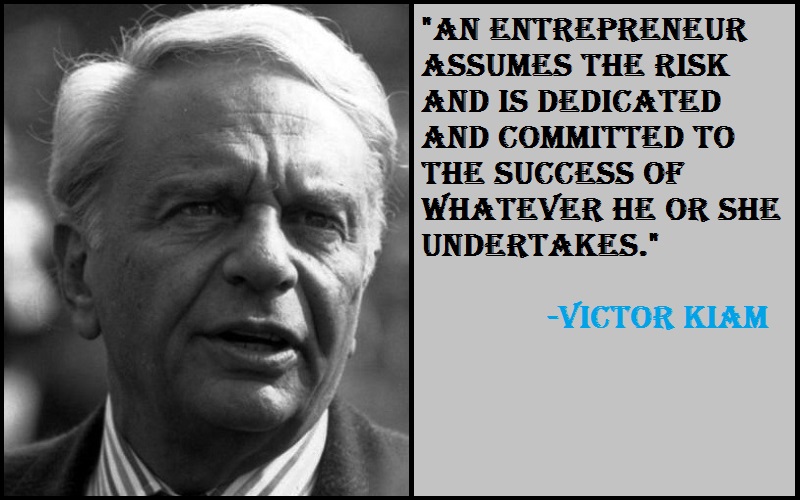 “A negotiator should observe everything. You must be part Sherlock Holmes, part Sigmund Freud.”-Victor Kiam

“Entrepreneurs are risk-takers, willing to roll the dice with their money or reputation on the line in support of an idea or enterprise. They willingly assume responsibility for the success or failure of a venture and are answerable for all its facets.”-Victor Kiam

“In business, the competition will bite you if you keep running, if you stand still, they will swallow you.”-Victor Kiam

“What’s really important in life? Sitting on a beach? Looking at television eight hours a day? I think we have to appreciate that we’re alive for only a limited period of time, and we’ll spend most of our lives working.”-Victor Kiam

“Though negotiations are a rough game, you should never allow them to become a dirty game. Once you’ve agreed to a deal, don’t back out of it unless the other party fails to deliver as promised. Your handshake is your bond. As far as I’m concerned, a handshake is worth more than a signed contract. As an entrepreneur, a reputation for integrity is your most valuable commodity. If you try to put something over on someone, it will come back to haunt you.”-Victor Kiam

“You can hype a questionable product for a little while, but you’ll never build an enduring business.”-Victor Kiam

“You can only govern men by serving them. The rule is without exception.”-Victor Kiam