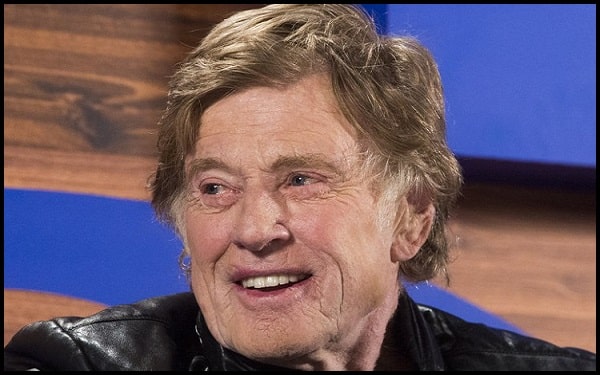 Robert Redford Quotes:- Robert Redford (born August 18, 1936) is an American retired actor, director, producer, and businessman. He is the founder of the Sundance Film Festival.

“I think the environment should be put in the category of our national security. Defense of our resources is just as important as defense abroad. Otherwise what is there to defend?”-Robert Redford 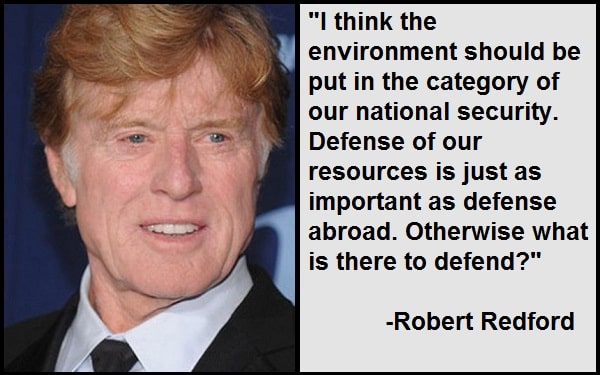 “Generally speaking, I went through that. I came to a place where I realized what true value was. It wasn’t money. Money is a means to achieving an end, but it’s not the end.”-Robert Redford

“He’s meant to be that classic Homer, Ulysses, Hercules – a character who goes out or has some gift of some kind. He goes on a journey of discovery and part of that is falling into darkness – the temptations of life.”-Robert Redford

“Sport is a wonderful metaphor for life. Of all the sports that I played – skiing, baseball, fishing – there is no greater example than golf because you’re playing against yourself and nature.”-Robert Redford

“You can’t completely control the sport – Tiger Woods comes close. The test is against yourself and nature’s own way. I find golf a particularly good metaphor for this story.”-Robert Redford

“As an actor and as a person, you come together with being in familiar territory although that has not been my whole life. That’s been a part of it. I think a lot of people associate me with the west because of Sundance.”-Robert Redford

“Health food may be good for the conscience but Oreos taste a hell of a lot better.”-Robert Redford

“I am a cynical optimist. Big opening weekends are like cotton candy. The films you will remember over time are the films that stick in the consciousness of the audience in a good way.”-Robert Redford

“I don’t know what your childhood was like, but we didn’t have much money. We’d go to a movie on a Saturday night, then on Wednesday night, my parents would walk us over to the library. It was such a big deal, to go in and get my own book.”-Robert Redford

“It’s an honor to put art above politics. Politics can be seductive in terms of things reductive to the soul.”-Robert Redford

“It’s hard to pay attention these days because of the multiple effects of information technology nowadays. You tend to develop a faster, speedier mind, but I don’t think it’s necessarily broader or smarter.”-Robert Redford

“Once the festival achieved a certain level of notoriety, then people began to come here with agendas that were not the same as ours. We can’t do anything about that. We can’t control that.”-Robert Redford

“Radio, newspapers, they were normal parts of my life. In those days, you had to go somewhere to watch television and leave something to see it.”-Robert Redford

“The technology available for film-making now is incredible, but I am a big believer that it’s all in the story.”-Robert Redford

“Well, first of all, it’s a business and it’s a tough business, and you have to have the strength to survive all the setbacks all the failures that make this a mean business, that’s getting meaner and meaner every year in my opinion.”-Robert Redford

“What I would do is when I was younger I would draw in a sketchbook something that happened in my life and then write a little something on the side about what happened or what the story.”-Robert Redford

“Whereas money is a means to an end for a filmmaker, to the corporate mind money is the end. Right now, I think independent film is very confused because there’s excess pressure in the marketplace for entertainment to pay off.”-Robert Redford

“We program the festival, after 20 years, exactly the way we did on the first day.”-Robert Redford

“I work because I want to work. Work keeps me going.”-Robert Redford

“If you talk about an issue, what comes back is a description of what you’re wearing. Reporters only want to know how tall you are and if your teeth are capped.”-Robert Redford

“The important thing about a sport is the people who devote their lives to it.”-Robert Redford

“For me, personally, skiing holds everything. I used to race cars, but skiing is a step beyond that. It removes the machinery and puts you one step closer to the elements. And it’s a complete physical expression of freedom.”-Robert Redford

“Ambiguity is something that I really respond to. I like the complexity of it.”-Robert Redford

“It’s good to say, ‘Look, I can’t always be right, but my gut tells me this’ – and then you confirm with your gut.”-Robert Redford

“When you get older, you learn certain life lessons. You apply that wisdom, and suddenly you say, ‘Hey, I’ve got a new lease on this thing. So let’s go.'”-Robert Redford

“Any time I saw people treated unfairly because of race, creed, whatever – it struck a nerve.”-Robert Redford

“It felt to me like America was always wanting to resolve things too quickly, without thinking through what the costs and consequences would be and how that affects an individual living in that world.”-Robert Redford

“I began by doing a lot of character work on TV, just fun acting parts.”-Robert Redford

“I think a lot of people thought my career started with Butch Cassidy.”-Robert Redford

“Hollywood was not a place I dreamed of getting to. I never could take seriously the obsession people have about being a celebrity or getting to Hollywood – I was born next door.”-Robert Redford

“I’ve been able to carve out spaces for myself. At Sundance, I’m in the mountains – my property is private. I get on a horse and ride for three, four hours. Sometimes five. I get lost. But when I’m in, I’m in.”-Robert Redford

“When I became successful, I put up a caution. I didn’t think it was fair to have the shadow of that kind of success thrown on my family. And I was cautious about being taken by things that could destroy you.”-Robert Redford

“Be careful of success; it has a dark side.”-Robert Redford

“The big moment for me was making ‘All the President’s Men’. It was not about Watergate or President Nixon. I wanted to focus on something I thought not many people knew about: How do journalists get the story?”-Robert Redford

“Journalism has changed tremendously because of the democratization of information. Anybody can put something up on the Internet. It’s harder and harder to find what the truth is.”-Robert Redford

“Times change; Hollywood is not the same as it was when I first entered the business. It felt to me like it was starting to narrow down and centralize itself around what would… make money.”-Robert Redford

“I remember my dad came from Ireland and Scotland, and so he carried with him the fear of poverty. So when I wanted to break loose, it kind of made him very nervous.”-Robert Redford

“I think that people should be paying a lot more attention to other issues, rather than who’s the top 10 this or… who’s the sexiest or the most beautiful.”-Robert Redford

“When I go for a project, I wonder what underpinning a project will have that’s going to give the audience some emotional access to it.”-Robert Redford

“I’m not much interested in the sport just as a sport. I wouldn’t be interested in making a golf film or baseball or fishing film.”-Robert Redford

“Films don’t always tell a story; some films can achieve effect just by being razzle-dazzle or rock n’ roll. That’s part of the fare that’s out there. And that’s okay. For me, I place more value on a story.”-Robert Redford

“I’ve always felt that almost every part I’ve played has been a character part. I mean, I look at it that way. I can’t help how I look or how I seem to people.”-Robert Redford

“If you want to slice into America, it’s pretty red, white, and blue in terms of how it goes about things, but there’s a gray area there, and I’ve always been interested in where things are complicated.”-Robert Redford

“I was never a good student. I had to be dragged into kindergarten. It was hard to sit and listen to somebody talk. I wanted to be out, educated by experience and adventure, and I didn’t know how to express that.”-Robert Redford

“Golf has become so manicured, so perfect. The greens, the fairways. I don’t like golf carts. I like walking. Some clubs won’t let you in unless you have a caddy and a cart.”-Robert Redford