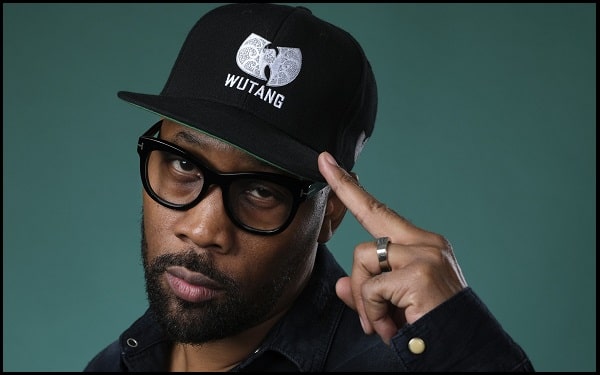 Rza Quotes:- Rza (born July 5, 1969) is an American rapper, record producer, musician, actor, and director. He is the de facto leader of the Wu-Tang Clan. 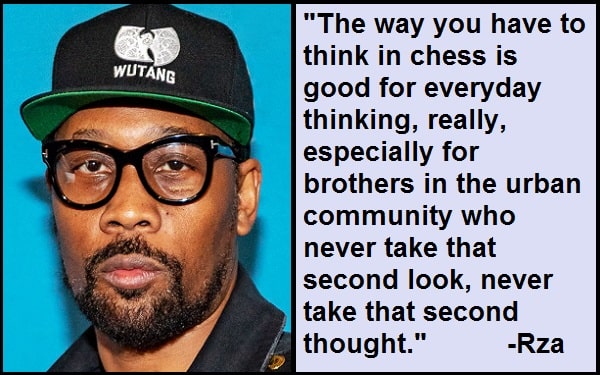 “I thought that Wu-Tang was the best sword style – the best sword-style of martial arts. And the tongue is like a sword. And so I say that we have the best lyrics, so, therefore, we are the Wu-Tang Clan.”-Rza

“A lot of people don’t know this about Wu-Tang, it started from a focused mind. I was given total autonomy to do whatever I want with them… They agreed, to me, to be a dictator for five years. And in those five years, it’s considered some of our best work.”-Rza

“Art – the beautiful thing about art, from my standpoint, is that it has no discrimination.”-Rza

“I tell my sons, I say, if you’re going somewhere, you don’t have to wear a hoodie – we live in New York, so a hoodie and all that is all good. But sometimes, you know, button up your shirt. Clean up.”-Rza

“If I’m a cop, and every time I see a young black youth – whether I watch them on TV, movies, or just see them hanging out – and they’re not looking properly dressed, properly refined, you know, carrying himself, conducting himself proper hours of the day – things that a man does – you’re going to have a certain fear and stereotype of them.”-Rza

“I could never be a control freak. If Wu-Tang is a dictatorship, how does every Wu-Tang member have their own contract, their own career, and have put out more albums without me than they’ve done with me?”-Rza

“The influence of the Shaw Brothers films on my work has been profound. In addition to the richness of Asian culture, we at Wu-Tang were fascinated with the struggles between the oppressed Chinese villagers and the repressive Manchu authority and how it mirrored our own experiences growing up as black kids in America’s inner cities.”-Rza

“I live a very satisfying life. Not because I’ve made a few dollars, but because I have a wife who loves me and children who wait for me to come home. And that is beautiful. I think that’s the American dream: to be at peace at home.”-Rza

“Parenting is something that I got early, because when you grow up without a father being there, and you see a single mother struggle to feed the kids, you do not want to put your own blood through that.”-Rza

“I got a chance to act in a film, ‘Derailed.’ I was having a recurring nightmare, and after doing that film, the nightmares stopped.”-Rza

“Twenty percent of my records, you’ll find a loop, like two or three loops per album out of 13 or 15 songs. I’d rather keep it like that.”-Rza

“I didn’t learn black history in school. I had to go find Malcolm X’s books.”-Rza

“The black community has for a long time been a part of the Hollywood community, and of course, we would love to have a more proportionate ratio of films that tell our stories.”-Rza

“Beyond Greek mythology, history just didn’t have a strong resonation with me.”-Rza

“I keep all my work and files and kung-fu movies on my laptop because sometimes you travel, and the Internet is slow.”-Rza

“I actually have eyes that irritate easily, so I wear the glasses to keep stuff out of my eyes. If you see me in shades indoors, you might be like, ‘RZA is wearing shades inside. What the hell is going on?’ I’m protecting my eyes, and I’m looking cool.”-Rza

“I will keep a Bible or Koran on me at all times – the Bible I can actually carry on my phone, and any hotel you go to have a Bible, but the Koran is harder. I keep a physical Koran in my guitar case and put it on the table in hotel rooms so, after a day’s work, I can read a few verses.”-Rza

“While a lot of hip-hop was inspired by jazz or James Brown samples and was made to be played live in the clubs, I made hip-hop that was made for MCs to eat the mic up. It was an aggressive form of hip-hop. It was made just for hip-hop. It’s not made to sing or dance to, though you can if you want.”-Rza

“I’m glad Wu-Tang was able to inspire other producers and artists, but I would never want to be erased or removed.”-Rza

“An artist is made to entertain. That’s their primary goal, to entertain you. But some artists record the moments of time. You wouldn’t know what was happening in the ’20s and ’30s; you got to check the song or art.”-Rza

“I will say, for Wu-Tang, money wasn’t the motivation, it was artistic domination.”-Rza

“When you do something in music and see it happen again in the next generation, you know you’re on the right wavelength.”-Rza

“Of course, black lives matter. All lives matter. I stopped eating meat because their lives matter to me. I don’t think it’s necessary for us to grow a cow to kill it.”-Rza

“If you let a man that you love or anybody – man, woman or child that you love – sit there and destroy themselves in front of you, you’re neglecting them.”-Rza

“We think it’s a blessing that we were able to bring our music to the world. That our music has not only inspired our communities but other communities. That’s one of the greatest things an artist in any field could know: that you’ve touched the mind of another artist.”-Rza

“I stopped with the red meat, let go of turkey and chicken, and then I held onto fish. When we finished ‘Wu-Tang Forever,’ I felt like I evolved and completely dived into veganism.”-Rza

“I think exclusivity is important in life. When you look at a hot pair of Jordans, not everybody got them – it’s a limited run. You look at guitars. When Gibson made the robot guitar, it was a limited run.”-Rza

“I’m a big fan of technology; I’ve been a geek since 1986… and I was spending all my paper money on gadgets.”-Rza

“You don’t ‘practice’ martial arts; it’s more like a way of life.”-Rza

“When you prepare for something, it’s like jumping into cold water, but you’re prepared. You jump in. And you start swimming, or if you don’t swim, you drown.”-Rza

“I always had this imagination about making colorful movies. I use to walk to school and daydream about it.”-Rza

“The director can be a dictator, but it’s not wise to be. You have to choose the days to be a dictator and the days to deal with diplomacy and democracy. Every great leader should know that, even a dictator. Tyrants get overthrown.”-Rza

“A wise man has to always listen to the peers he surrounds around himself. That’s why you surround yourself with other smart people. Captain Kirk keeps Mr. Spock right beside him.”-Rza

“Growing up in New York, there are a lot of tenement buildings and a lot of projects. You don’t leave your projects too much. The laundry’s there. The grocery store is there. Everything takes place right there. When I got knowledge of myself and thought about moving around the city, hip-hop was something that helped me.”-Rza

“I became a vegetarian in 1995. I had some fried chicken, and my teeth hit the bone. My mind said, ‘Dead bird, dead bird.’ It didn’t feel right, so I stopped. I kept eating fish until one day, in 1997, the chef brought my ginger-fried snapper with the head still on it.”-Rza

“Directing is such a high. It’s the hardest job ever, but I really love doing it.”-Rza

“When I was eight or nine years old, my older cousin took me to the St. George Theatre on Staten Island to see a Bruce Lee movie and a Jim Kelly movie. Those were my first martial-arts films, and I fell in love with the genre back then.”-Rza

“That movie ‘Hellraiser 2’ – to me, that was the evilest display of evil I’ve ever seen. I watched that movie ten times because I couldn’t believe that each character became eviler than the other.”-Rza

“As a kid, I was naive. One thing I did have a dream of, though: I had a dream I would make a kung-fu movie.”-Rza

“I’m focused on creating art and whichever outlet it can get out in.”-Rza

Motivational I Love My Children Quotes and Sayings