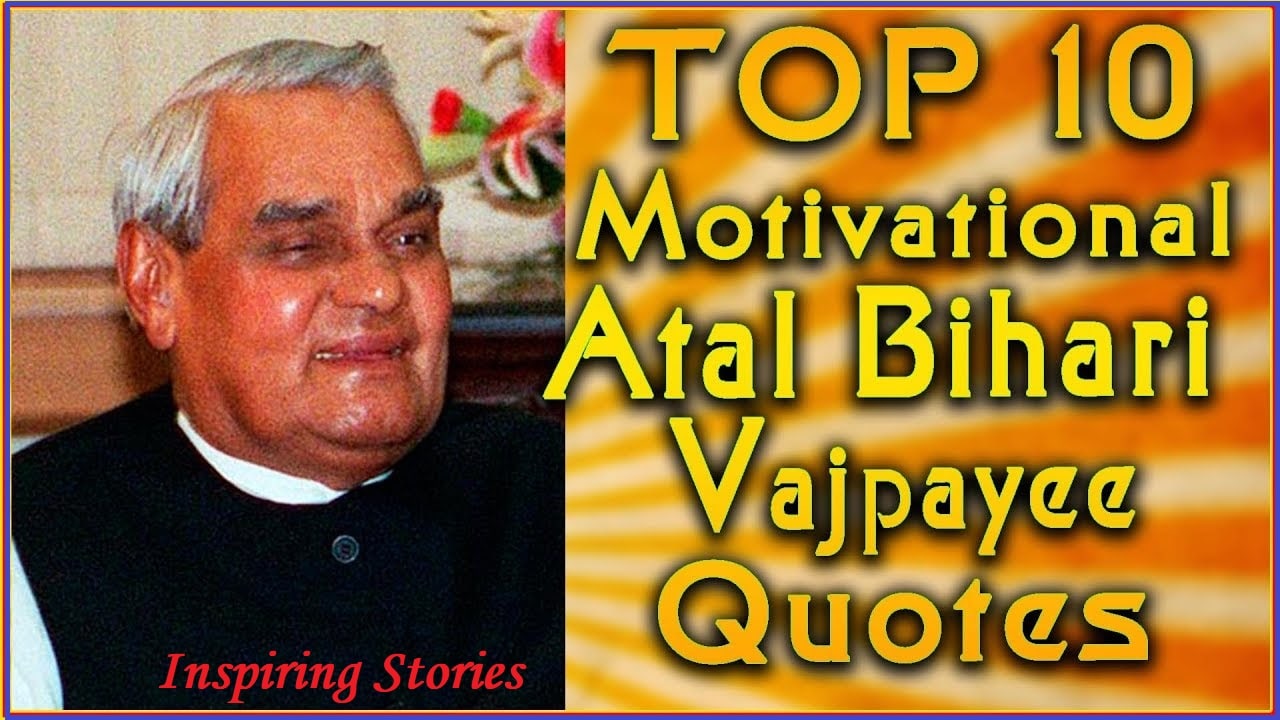 It was during his tenure that India successfully conducted nuclear tests at Pokhran and renewed hopes for peace between India and Pakistan emerged with the start of the New Delhi-Lahore bus service.

AtalBihariVajpayee was sworn in as prime minister in May 1996 but was in office only 13 days, after failing to attract support from other parties. In early 1998 he again became prime minister, in elections in which the BJP won a record number of seats, but he was forced to make a shaky alliance with regional parties. In 1999 the BJP increased its seats in parliament and consolidated its hold on government. 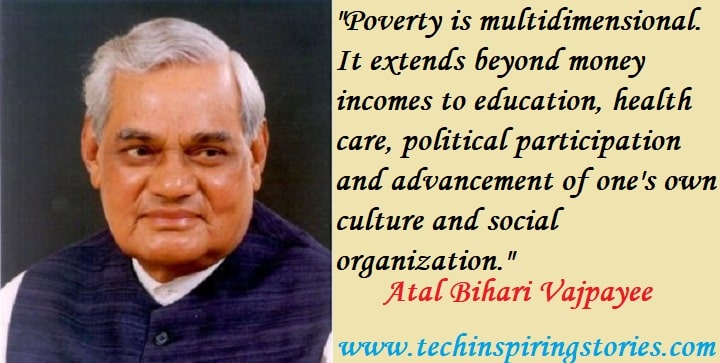 2. “Poverty is multidimensional. It extends beyond money incomes to education, health care, political participation and advancement of one’s own culture and social organization.”

3.”If you do not like anything in a particular book, then sit and discuss it. Banning a book is not a solution. We have to tackle it ideologically.”

4.”The success of family welfare depends on giving women complete freedom with their lives. The need of the hour is that people should plan their families as per their convenience and get the bare minimum health facilities.”

5.”Our nuclear weapons are meant purely as a deterrent against nuclear adventure by an adversary.”

6. “You can change friends but not neighbors.”

7. “If you do not like anything in a particular book, then sit and discuss it. Banning a book is not a solution. We have to tackle it ideologically.”

8. “India has no dearth of brave young men and women and if they get the opportunity and help then we can compete with other nations in space exploration and one of them will fulfil her dreams.”

9. “Global interdependence today means that economic disasters in developing countries could create a backlash on developed countries.”
10. “Let us together commence a journey of peace, harmony, and progress in South Asia.”