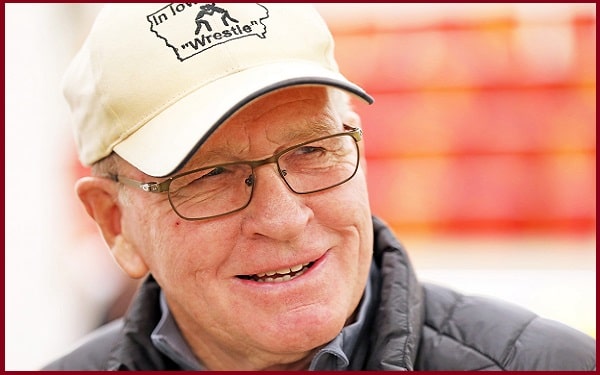 Dan Gable Quotes:- Danny Gable (born October 25, 1948) is an American former folkstyle and freestyle wrestler and coach. He is a two-time NCAA Division I national champion, a world gold medalist, and an Olympic gold medalist. Gable was only the third wrestler to have ever been inducted into the United World Wrestling’s Hall of Fame in the Legend category. 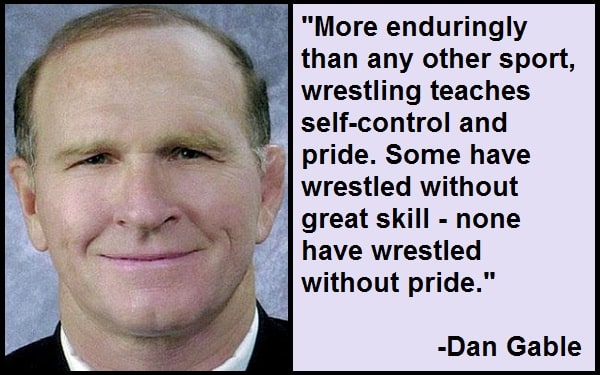 “The easiest thing to do in the world is to pull the covers up over your head and go back to sleep.”-Dan Gable

“We, as a wrestling community, better remember it is more than one individual that makes a winner.”-Dan Gable

“There’s always ways of motivating yourself to higher levels. Write about it, dream about it. But after that, turn it into action. Don’t just dream.”-Dan Gable

“Once you’ve wrestled, everything else in life is easy.”-Dan Gable

“My wrestling and family go together. It’s always been that way, from day one with my mom and dad, my sister, my wife, four daughters, grandsons, sons-in-law.”-Dan Gable

“My advice to young wrestlers is that your surroundings really make a difference. You want to put yourself in good, positive surroundings.”-Dan Gable

“Right out of high school I never had the fear of getting beat, which is how most people lose.”-Dan Gable

“My mind’s never gone very far away from what I wanted to accomplish.”-Dan Gable

“Wrestlers are a little more dedicated than and are different from, the other people, which may be strange.”-Dan Gable

“A lot of my intensity in wrestling was due to my mental preparation before the matches. I got myself into a different world.”-Dan Gable

“Freedom across the world is a result of many individuals working together.”-Dan Gable

“I never won anything by myself. I was always strong because of the help that gave me extra strength to win.”-Dan Gable

“If you’re going to stay in the Olympics, you’ve got to be entertaining and get sponsorship.”-Dan Gable

“I’ve been a fanatic about working out all my life.”-Dan Gable

“I don’t think college wrestling is in danger of extinction by any means. But I am concerned if one program drops.”-Dan Gable

“My valleys are higher than most people’s peaks. I stay at that level.”-Dan Gable

“Many of those who have paid the ultimate price for freedom has come through the wrestling ranks. We need to honor them and win this decision to have wrestling – the world’s oldest sport – remain a part of the most prestigious athletic competition in the world, the Olympics.”-Dan Gable

“I went to college. I had a double major in biology and physical education, but my major was wrestling.”-Dan Gable