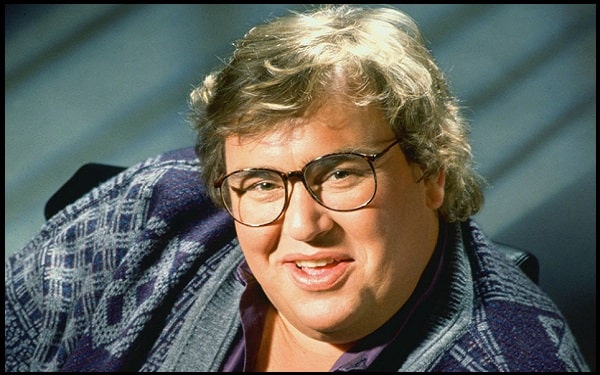 He got his big break when he was offered membership in the Second City comedy troupe in the 1970s. In 1984, he co-starred with Tom Hanks in the film Splash and became a movie star. Audiences loved Candy for his roly-poly good nature and wry humor.

“I think I may have become an actor to hide from myself. You can escape into a character.”-John Candy 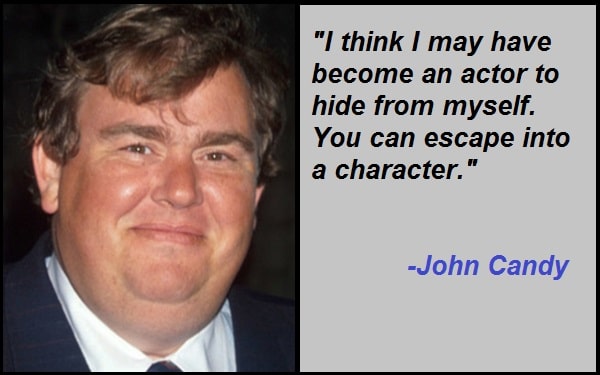 “I would come home and re-create every movie. Our backyard became a battleship, a war zone, a western town.”-John Candy

“I don’t watch my movies. I just get too critical of myself.”-John Candy

“I’m the one who has to look in the mirror, and after a while, it begins to eat at you.”-John Candy

“I know what I have to do if I want to lose weight and stay healthy: eat a proper diet and exercise. All I’ve got to do is apply it.”-John Candy

“The loss of my father left a great emptiness in my heart.”-John Candy

“I thought to myself, Join the army. It’s free. So I figured while I’m here I’ll lose a few pounds.”-John Candy

“You can escape into a character.”-John Candy

“I think NBC bought SCTV because it was developing a nice cult feel.”-John Candy

“Sure, I’m sensitive about my weight. I don’t do fat jokes.”-John Candy

“I don’t dream about the perfect script, though I check my mailbox every morning.”-John Candy

“I was the sixteen-year-old driving everyone to bingo and shopping. It was quite a responsibility. It made me the man in charge of a lot of things.”-John Candy

“My first movie role was a supporting performance in a Canadian film called ‘Final Lady.’ It was a great opportunity for me at the time.”-John Candy

“I was a confused young man. I didn’t know what I wanted to be.”-John Candy

“My big break down here was working with Steven Spielberg in ‘1941.’ It was a very small role, as Corporal Foley, who was part of the tank crew with Dan Aykroyd.”-John Candy

“Our audience for SCTV was older than today’s moviegoers, and with the cost of making movies being what it is today, it’s hard for the studios to take the kind of risks we took.”-John Candy