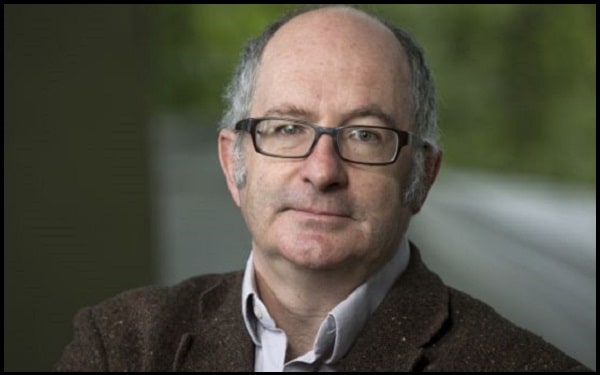 John Lanchester Quotes:- John Lanchester (born 25 February 1962) is a British journalist and novelist. He was born in Hamburg, brought up in Hong Kong, and educated in England; between 1972 and 1980 at Gresham’s School in Holt, Norfolk, then at St John’s College, Oxford.

“Rising inequality is not a law of nature – it’s not even a law of economics. It is a consequence of political and economic arrangements, and those arrangements can be changed.”-John Lanchester 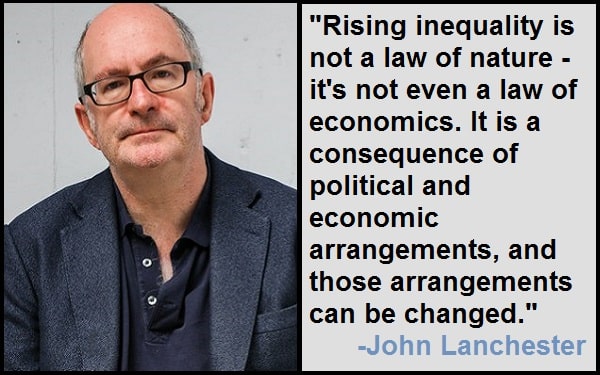 “I don’t think quantitative easing is deliberately misleading, but I do think it’s suspiciously bland and reassuring. It doesn’t sound like anything big, experimental, scary and strange – which is what many economists think it is.”-John Lanchester

“Video games are the first new artistic medium since television, but they are more different from television than television was from cinema; they are the newest new thing since the arrival of the movies just over a century ago.”-John Lanchester

“We can all instinctively understand the idea of life insurance; most of us will feel an instinctive repugnance at the thought of the viatical industry, or ‘dead peasants insurance.’ As market thinking penetrated the life insurance industry, a moral line was crossed, and the application of market ideas was taken too far.”-John Lanchester

“I write non-fiction quicker, and I write it on a computer. Fiction I write longhand, and that helps make it clear that it comes from a slightly different part of the brain, I think.”-John Lanchester

“Once I’ve properly finished a book, my ideal state of being would be to never think about it again. But with ‘Capital,’ I felt I’d spent so much time with the characters that they were very, very real, and I definitely had a sense of loss about leaving them behind in a way I’ve not quite had before.”-John Lanchester

“We don’t want to think about money in an ideal life; in a well-lived life, money wouldn’t be one of our primary concerns, and we prefer to adopt the ostrich position.”-John Lanchester

“One of the main reasons that the landscape of financial stuff in America is different is that gambling is illegal there. So there’s a kind of sport-like aspect to the American coverage of finance.”-John Lanchester

“I have a horror of going down dead ends, which you can easily do with a novel, spending months on it and then realizing that it’s all wrong. It’s demoralizing because you don’t get the time back.”-John Lanchester

“I think ‘community,’ in the sense in which politicians use, it is largely a cant term.”-John Lanchester

“A lot of the time in modern Britain, certainly in urban life, we barely have any contact at all with the people around us.”-John Lanchester

“I love short stories, but I’ve never had the impulse to write one. Same for ghost stories.”-John Lanchester

“For a while, I had a rule of no smartphone in bed, but now I’ve upgraded to no smartphone in the bedroom. The fact that we need rules shows how much these things have invaded our lives.”-John Lanchester

“I’m an omnivorous reader, but I don’t read what could overlap with my own work. It’s like tuning a radio frequency – it’s much harder to pick up if there’s something else there.”-John Lanchester

“In sport, the money goes to the talent; it goes directly to the worker – unlike a bank, which sits in the middle of transactions and whose income bears no relation to any of the services it provides.”-John Lanchester

“Fires and floods, we’re hardwired to accept them or at least file them under Bad Things Happening. But there’s something so abstract and so modern about a bank making a technical mistake about how it funded its obligations to depositors, and suddenly you’re out of work.”-John Lanchester

“The ‘stuff’ in novels touches on every aspect of the world and people’s lives. That’s what makes it so remarkable just how little there is in the novel about the world of money.”-John Lanchester

“Obviously you can stash money under your mattress, cut down on hazelnut lattes, but in terms of the larger economic frame of our lives, we have very little agency. About one of the only things you can do is understand it.”-John Lanchester

“You can’t explain collateralized debt obligation in a novel – it’s too draggy.”-John Lanchester

“The fact doesn’t have to be plausible; it just has to be fact.”-John Lanchester

“By the time I was three years old, I’d lived at 10 different addresses in six different countries.”-John Lanchester

“Most people find they have to worry about money; if you don’t ever, then in some fundamental way, you are cut off from most people.”-John Lanchester