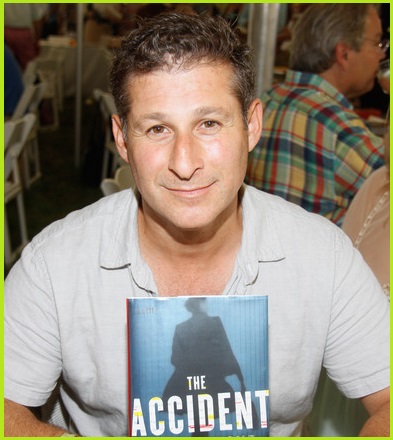 Pavone’s first novel, The Expats, won the 2013 Edgar Award for the best first novel by an American author. Before being a best-selling author, he worked at a number of publishing houses. He lives in New York City with his wife, Madeline McIntosh, and his two children.  Chris graduated from Midwood High School, and then from Cornell University in 1989. 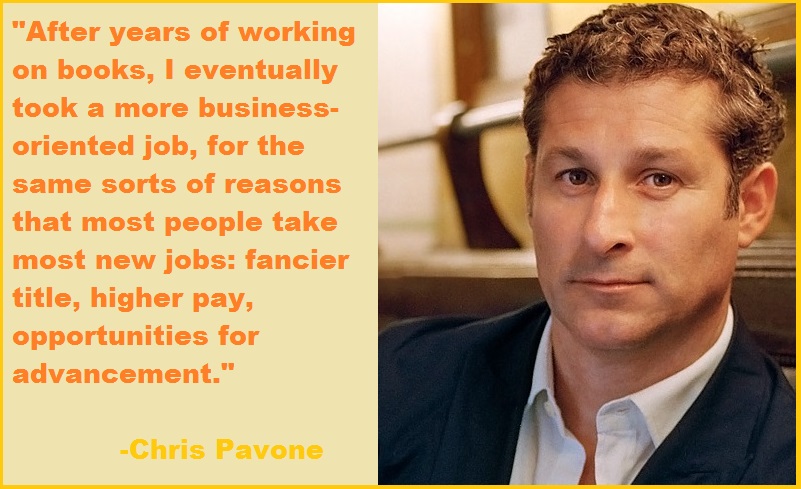 “After years of working on books, I eventually took a more business-oriented job, for the same sorts of reasons that most people take most new jobs: fancier title, higher pay, opportunities for advancement.”-Chris Pavone

“I use an e-reader when I’m traveling: I love carrying dozens of books on a small lightweight device, and I’m still amazed every time I purchase and immediately start reading a new title without leaving my hotel room – in another country!”-Chris Pavone

“Although I did admire David Foster Wallace’s final unfinished novel about boredom, I’m no DFW, and I want my books to be exciting, not boring.”-Chris Pavone

“Any setting can be a good setting for a novel.”-Chris Pavone

“At home, I tend to read print, and most of the time, that means recently released hardcover novels. I enjoy the feel of paper and board; I like turning pages, dog-earing my spot, jotting notes in the back.”-Chris Pavone 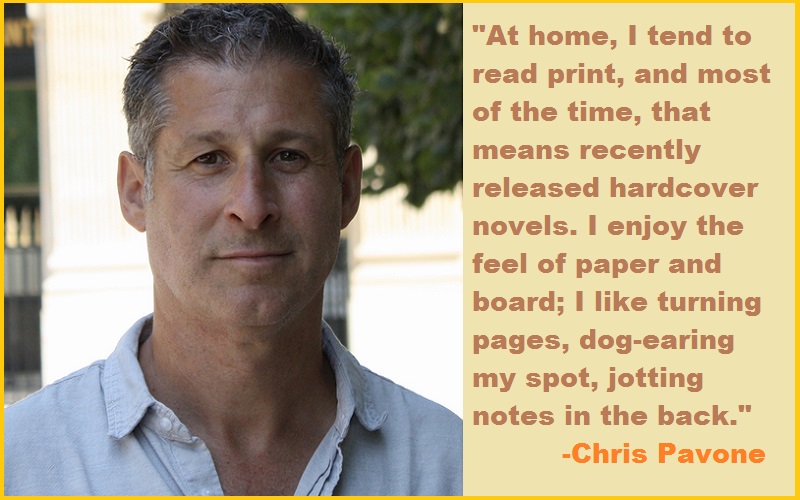 The Travelers Quotes by Chris Pavone

“I live in Greenwich Village in New York City, but I rarely write at home, where there’s too much else to do.”-Chris Pavone

“Everyone has secrets, and I think some people flee from home – far from home – to try to keep those secrets.”-Chris Pavone

“Expats are a self-selecting group of outgoing, confident people – if you’re not those things, you probably don’t choose this adventure – and the lifestyle is very conducive to making fast, close friends.”-Chris Pavone

“I always wanted to write. But honestly, I’m glad I didn’t do it back when I was twenty-five or so when it’s now clear to me that I was a very poor writer and could’ve ruined my career before it even started.”-Chris Pavone

“I give tremendous weight to my positive reviews and none whatsoever to my negative ones.”-Chris Pavone

“I had been very dismissive of popular fiction – in fact, I’d refused to read it. And then I started working on popular fiction, and I realized these books weren’t the same as Hemingway, say, but they were good in a different way.”-Chris Pavone

“I know that ‘The Accident’ is not a completely accurate reflection of the reality of the book publishing world, which, like nearly any other business, consists mostly of people sitting in small offices staring at computer screens or reading or trying to stay awake in meetings.”-Chris Pavone

“Every book that doesn’t first have to get past a gatekeeper or two, or 10, before being put in front of the public will be worse.”-Chris Pavone

“I loved editing, and being a cookbook editor is a really a great job.”-Chris Pavone

“Who will want to write if writing doesn’t pay?”-Chris Pavone

“I try to construct each of my novels around one central theme – core tensions shared by the characters.”-Chris Pavone

“Although no one loves a typo, it’s close to impossible to eradicate every single little mistake in a manuscript.”-Chris Pavone

“I worked as a draftsman for the Department of Environmental Protection, and as a teacher, in N.Y.C.; at a big bank and a small ad agency, a tiny law firm and a few giant ones; as a cashier and a dishwasher; preparing deli sandwiches and stringing tennis racquets and pruning evergreens into conical Christmas-tree shapes.”-Chris Pavone

“I worked in the book publishing business for nearly two decades before I turned my attention to writing, first with a couple ghostwriting projects, plus a crappy novel that absolutely no one wanted to publish. Then I moved to Luxembourg for my wife’s job and found the inspiration for ‘The Expats.”-Chris Pavone

“I’m concerned, as I guess all middle-aged people are, about the younger generations’ level of literacy.”-Chris Pavone

“In most espionage novels, the characters risk their lives trying to save somebody or while protecting a nation from some threat. In ‘The Travelers,’ that’s not what’s going on. I used espionage as a device to heighten the characters’ personal dramas.”-Chris Pavone

“In ‘The Travelers,’ everyone is defined by his or her relationship to work. I put each character on a different rung of the ladder: from the lowliest assistant to a powerful man in the world of media.”-Chris Pavone

“Nearly all of our work, a lot: many people spend more waking hours working than doing all other things combined. And nearly all of us spend our lifetimes working for someone other than ourselves.”-Chris Pavone

“One of the epiphanies I had was that I got into publishing because I love literature.”-Chris Pavone

“The Expats’ is a thriller, but one that tends more toward general fiction than toward breathless pulp.”-Chris Pavone

“The Expats’ would not exist without e-books.”-Chris Pavone

“There are plenty of paths to becoming a writer, but I think the most reliable ones involve total commitment: writing for magazines and newspapers, teaching writing, editing books, representing authors.”-Chris Pavone

“There’s so much published by so many different publishers. Most of the time, I don’t have to confront that, but walking into a conference center filled with books – and people buying them or not buying them, being interested or not interested in them – that’s just overwhelming to me now.”-Chris Pavone

“We all live in a universe in which were either asked to or are forced to accept certain premises about our employment without having the opportunity to verify them.”-Chris Pavone

“What is it we want out of travel? Is it to take snapshots of ourselves in front of famous monuments, surrounded by other tourists? To eat unfamiliar food chosen from unintelligible menus? To earn frequent-flier miles? No. It’s to glimpse what life is like somewhere else.”-Chris Pavone

“When I was in my mid-twenties, I was a copy editor at Doubleday, and for a brief period, it was my job to help shepherd Pat Conroy’s ‘Beach Music’ into the world.”-Chris Pavone

“I spend a huge amount of time writing about the book instead of writing the actual text.”-Chris Pavone

“Writing is a solitary occupation; we don’t really have any colleagues.”-Chris Pavone