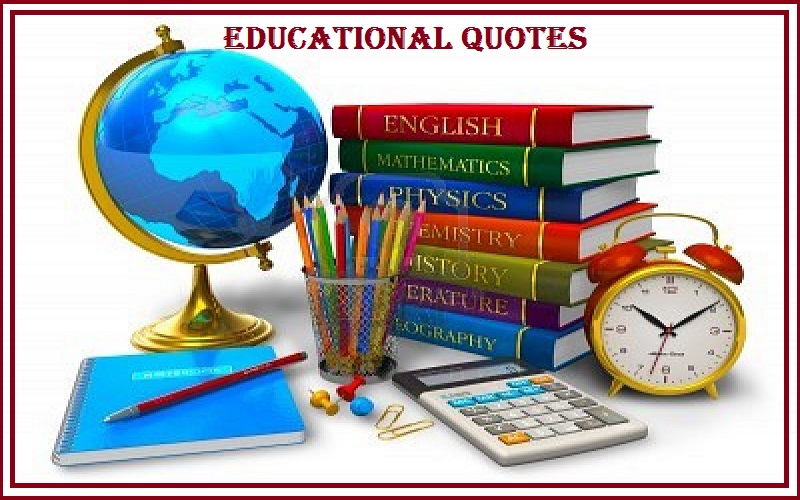 Educational Quotes:- Education is the process of facilitating learning, or the acquisition of knowledge, skills, values, beliefs, and habits. Educational methods include storytelling, discussion, teaching, training, and directed research.

Below you will find our collection of inspirational, wise, and humorous old educational quotes, educational sayings, and educational proverbs, collected over the years from a variety of sources.

“Women need to be empowered through the strongest tool – education. They don’t need to be subservient to anyone, but at the same time, men must change their mindset towards women. If they are more respectful towards them, then things will change at the grassroots level. It will happen slowly, but everyone has to move together.”-Madhuri Dixit 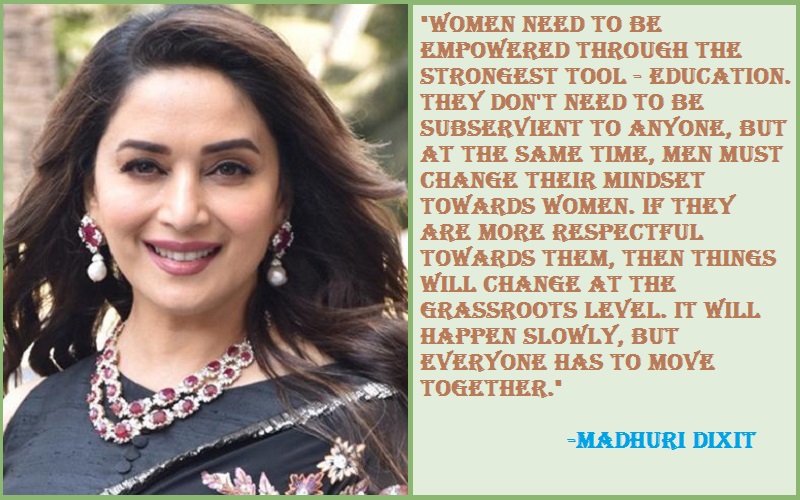 “Education is not the filling of a pail, but the lighting of a fire.”-William Butler Yeats

“I’ve learned… that the best classroom in the world is at the feet of an elderly person.”-Andy Rooney

“Much education today is monumentally ineffective. All too often we are giving young people cut flowers when we should be teaching them to grow their own plants.”-John W. Gardner

“Education is our passport to the future, for tomorrow belongs to the people who prepare for it today.”-Malcolm X

“A teacher affects eternity; he can never tell where his influence stops.”-Henry B Adams

“If I had learned education I would not have had time to learn anything else.”-Cornelius Vanderbilt

“Teachers should guide without dictating, and participate without dominating.”-C. B. Neblett

“It is difficult to think of a major industry that AI will not transform. This includes healthcare, education, transportation, retail, communications, and agriculture. There are surprisingly clear paths for AI to make a big difference in all of these industries.”-Andrew Ng

“Education would be much more effective if its purpose was to ensure that by the time they leave school every boy and girl should know how much they do not know, and be imbued with a lifelong desire to know it.”-William Haley

“Education should be exercise; it has become a massage.”-Martin H. Fischer

“Education without values, as useful as it is, seems rather make a man a more clever devil.”-C.S. Lewis

“Education is simply the soul of a society as it passes from one generation to another.”-Gilbert Keith Chesterton

“Education is a better safeguard of liberty than a standing army.”-Edward Everett

“What does education often do? It makes a straight-cut ditch of a free, meandering brook.”-Henry David Thoreau

“Education: the path from cocky ignorance to miserable uncertainty.”-Mark Twain

“Upon the subject of education. I can only say that I view it as the most important subject which we as a people may be engaged in.”-Abraham Lincoln

“Education’s purpose is to replace an empty mind with an open one.”-Malcolm S. Forbes

“Education is the most powerful weapon which you can use to change the world.”-Nelson Mandela

“I suppose it is because nearly all children go to school nowadays, and have things arranged for them, that they seem so forlornly unable to produce their own ideas.”-Agatha Christie

“A good head and good heart are always a formidable combination. But when you add to that a literate tongue or pen, then you have something very special.”-Nelson Mandela

“The educated differ from the uneducated as much as the living differs from the dead.”-Aristotle

“The roots of education are bitter, but the fruit is sweet.”-Aristotle

“He who opens a school door closes a prison.”-Victor Hugo

“The true teacher defends his pupils against his own personal influence.”-Amos Bronson Alcott

“Education should not be about building more schools and maintaining a system that dates back to the Industrial Revolution. We can achieve so much more, at unmatched scale with software and interactive learning.”-Naveen Jain

“We discovered that education is not something which the teacher does, but that it is a natural process which develops spontaneously in the human being.”-Maria Montessori

“A man who has never gone to school may steal from a freight car; but if he has a university education, he may steal the whole railroad.”-Theodore Roosevelt