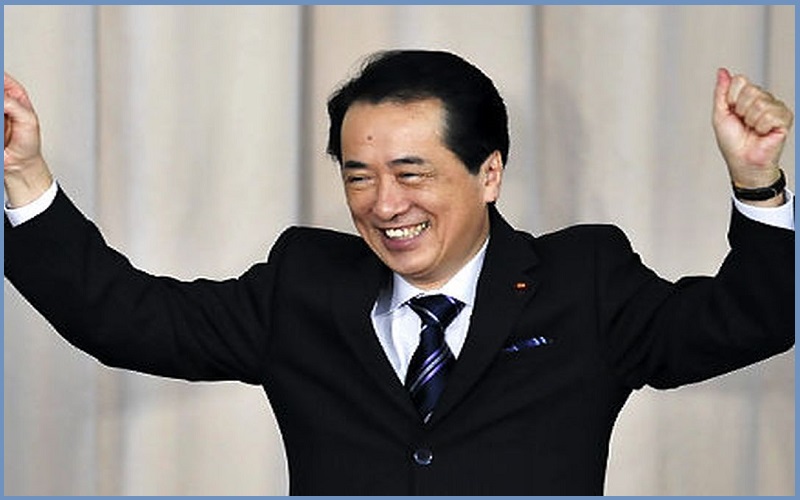 Naoto Kan Quotes:- Naoto Kan (born 10 October 1946) is a Japanese politician and former prime minister of Japan. In June 2010, then-Finance Minister Kan was elected as the leader of the Democratic Party of Japan (DPJ) and designated prime minister by the Diet to succeed Yukio Hatoyama.

“After the Second World War, people in Japan no longer died for their country, and even that expression was no longer used.”-Naoto Kan

“China has become a major presence for most countries around the world but notably for its neighboring countries in Asia. So I think it is a common position for Japan and its Asian neighbors that we certainly would strive to maintain as much as possible friendly relations with China.”-Naoto Kan

“I believe in any country, matters that relate to its territory would, of course, provoke strong sentiments amongst the people of that country.”-Naoto Kan 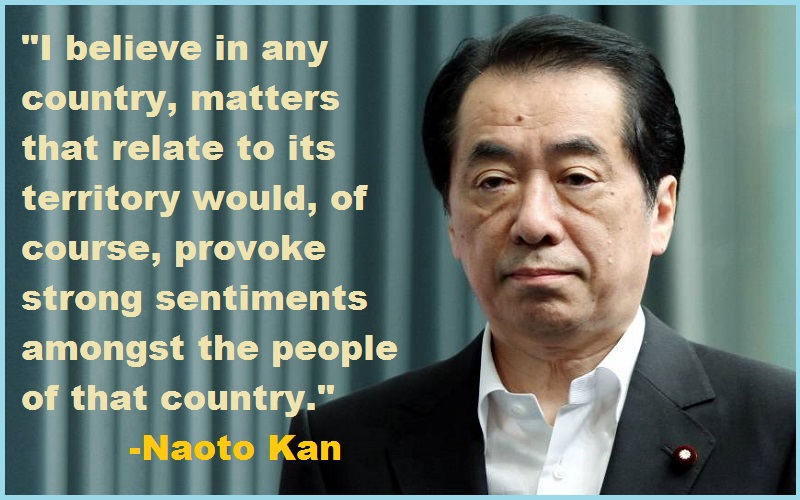 “I tend to agree with many aspects of President Obama’s policies.”-Naoto Kan

“I will carry on the torch of reviving Japan that the Democratic Party received from the people.”-Naoto Kan

“I wouldn’t call myself anti-nuclear.”-Naoto Kan

“If you are unable to understand the cause of a problem it is impossible to solve it.”-Naoto Kan

“In fact, the Senkaku Islands are… inherent territory of Japan that is recognized in our history and also by international law.”-Naoto Kan

“In Japan, the average age of agricultural workers is 65.8. When the aging of its population is accelerating so rapidly, it will be very difficult to sustain the sector whether we liberalize trade or not.”-Naoto Kan 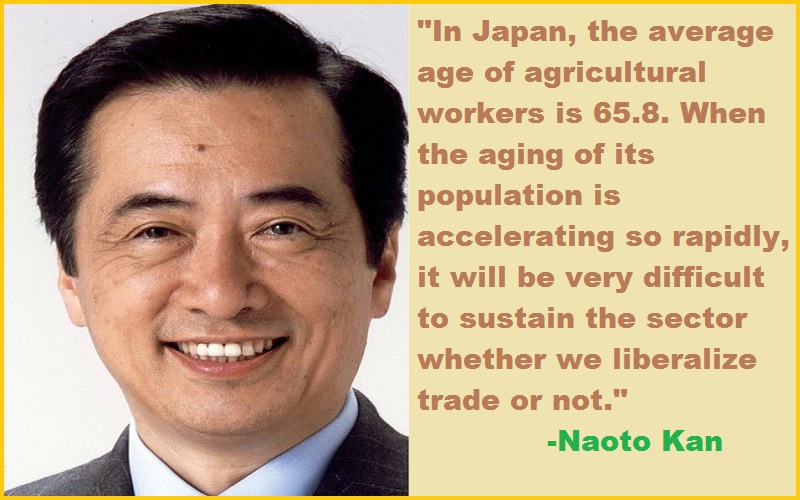 “It is possible for Japan to become the model of a society that does not rely on nuclear power.”-Naoto Kan

“Nuclear arms and atomic power represent a technology in which coexistence with man is extremely difficult.”-Naoto Kan

“So, Japan as a country has lost its vigor; it feels very much closed in for various reasons.”-Naoto Kan

“The question arises whether private companies can bear responsibility when considering the large risks involved with the nuclear business.”-Naoto Kan