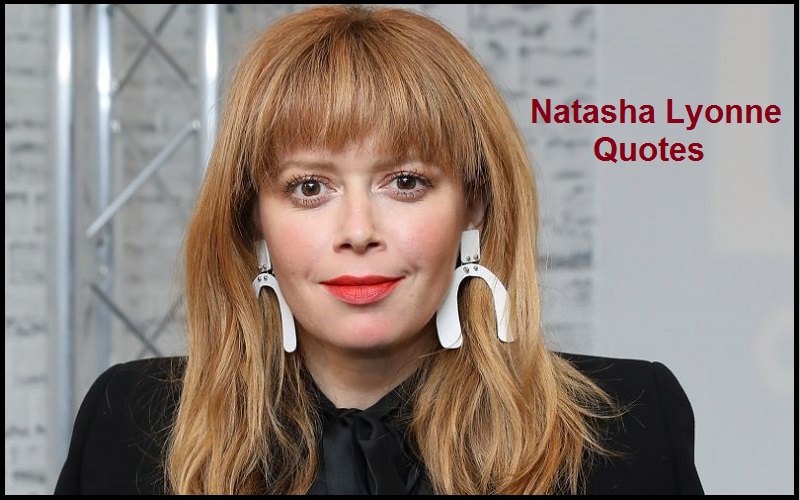 Natasha Lyonne:- Natasha Lyonne (born April 4, 1979) is an American actress, writer, producer, and director. She is best known for her portrayal of Nicky Nichols in the Netflix series Orange Is the New Black, for which she received an Emmy Award nomination in 2014, and for her role as Jessica in the American Pie film series.

She is also a co-creator, executive producer, and writer for the 2019 Netflix series Russian Doll, where she plays the lead role of Nadia Vulvokov.

“I learned that if you’re going to be a troublemaker, you don’t want a ton of witnesses, because there’s inevitable fallout from living like you’re in ‘Lord of the Flies.'”-Natasha Lyonne 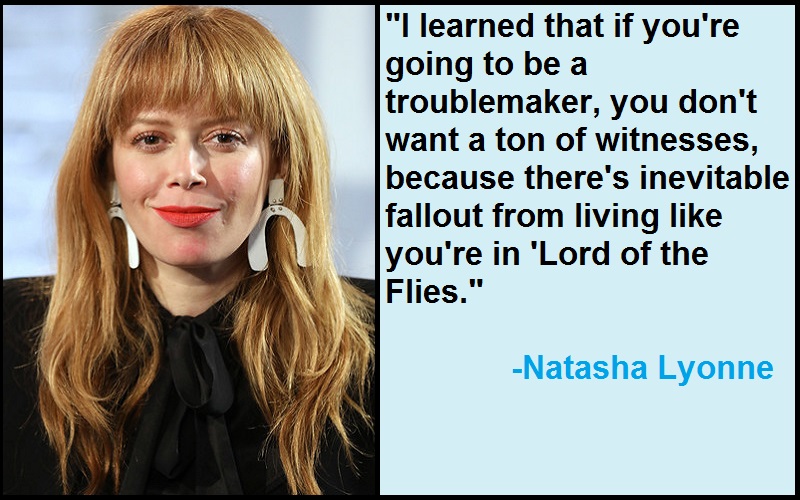 “My family moved to Israel when I was eight until I was 10, and then we came back, and my parents split up. I was suddenly in a single-parent home and on scholarship. Fifth grade was such a hard year for me.”-Natasha Lyonne

“It’s such a weird thing: to sit and look at yourself is so distracting to the psyche. It would be like me standing in front of a mirror and looking at myself all day, trying to find a flaw.”-Natasha Lyonne

“I adore Eddie Kaye Thomas and Jason Biggs. Eddie was the only one who called me when they were doing ‘American Reunion’ and told me, ‘You need to do this.'”-Natasha Lyonne

“The thing about curly hair is that it’s a toss-up. Some days you can let it air dry and it’s better than a hair-do, but some days you just look like a sloppy person. I’m really resistant to a trim. I only do it when it gets hard to brush out in the shower, then I’ll submit, begrudgingly.”-Natasha Lyonne

“It’s a wild thing, that people have the ability to help each other by just relating to one another.”-“-Natasha Lyonne

“I feel like I just have such the blood and bones of a New Yorker that I can almost imagine better, like, giving up the fight and not being able to afford the city and going out West, keeping a small place here, and then when I’m like 80, coming back here, living on the park and going to the theater.”-Natasha Lyonne

“You’ve got to do something with all the books you’ve read, so you might as well imagine you’ve optioned them.”-Natasha Lyonne

“I have to say, I’m still surprised anyone’s nice to me, that anyone talks to me. But I think people understand that other people go through things. We’re all a bit gonzo, and you’re allowed to take a little time to get your head on straight.”-Natasha Lyonne

“I was this kid who had been raised in New York, and now all of a sudden, my mother decided that she was a Jewish divorcee and therefore she should be living in Miami Beach.”-Natasha Lyonne

“I would have done well as a gypsy child, I think. A circus baby. I coulda played a great street urchin or ragamuffin. Or just been one. I certainly liked entertaining people and making jokes, but I don’t know necessarily if that’s what your child is prone to that you should necessarily put them in a real working industry at six years old.”-Natasha Lyonne

“You compare yourself to somebody who you think is a peer, and you can totally lose the plot, and not understand that you are nothing like them in the first place, and it was never you versus anybody.”-Natasha Lyonne

“There are epic downsides to living a somewhat public life. The upshot of that is there’s nothing to hide. It’s a relief in away. There’s nothing about me that can’t be said.”-Natasha Lyonne

“I don’t really feel like I need to be a teenager ever again.”-Natasha Lyonne

“Life is a wildly transient thing with people coming into your life and dropping away. It definitely takes work to maintain relationships.”-Natasha Lyonne

“I started wearing all black around the time I got into Nirvana. I first heard ‘Smells Like Teen Spirit’ when I was about 12, and I remember jumping on my bed, so excited about it.”-Natasha Lyonne

“I have a theory that self-made, first-generation actresses don’t feel entitled to success.”-Natasha Lyonne

“Beauty was never really my trip. Maybe those roles are attracted to me?”-Natasha Lyonne

“I will take the subway and look at certain women and think ‘God, that woman’s story will never be told. How come that lady doesn’t get a movie about her?'”-Natasha Lyonne

“I often think my boyfriend is going to leave me just from seeing how I talk to the dog. But you know, when you are talking to your dog, you are accessing this softer side of you. Everything else melts away.”-Natasha Lyonne

“I would love to option ‘Crying of Lot 49’ and turn it into a movie.”-Natasha Lyonne

“I’m somebody who believes in funny things and laughing, but I do like for them to come from a place that addresses the human condition.”-Natasha Lyonne

“From the first instant, I met her, I wanted to be Nora Ephron. I just really wanted to please her.”-Natasha Lyonne

“I have deep compassion for the idea that it’s okay to be myself. The idea that anything ‘other’ is bad and wrong and broken is so wildly off base.”-Natasha Lyonne

“If I was a bazillionaire, I would spend a lot of time at Barneys just buying all kinds of great things all the time. I would have so many black cashmere it would be out of control. I like the way nice things feel very much.”-Natasha Lyonne

“The aging process is totally minimizing. Life, in general, is pretty minimizing because you have a lot of big ideas, and you have to battle the mistaken delusions and instability that come with youth.”-Natasha Lyonne

“I have a pretty fancy facialist, this woman Dale Breault. Getting older, it’s a good thing to have a serious facialist.”-Natasha Lyonne

“There are beauty icons that I can never be like, sorta like a Gena Rowlands – I’ll never have that look. I love Giulietta Masina, the great Fellini actress. But I’m probably more Seymour Cassel. Or somewhere between Lou Reed and Nora Ephron?”-Natasha Lyonne