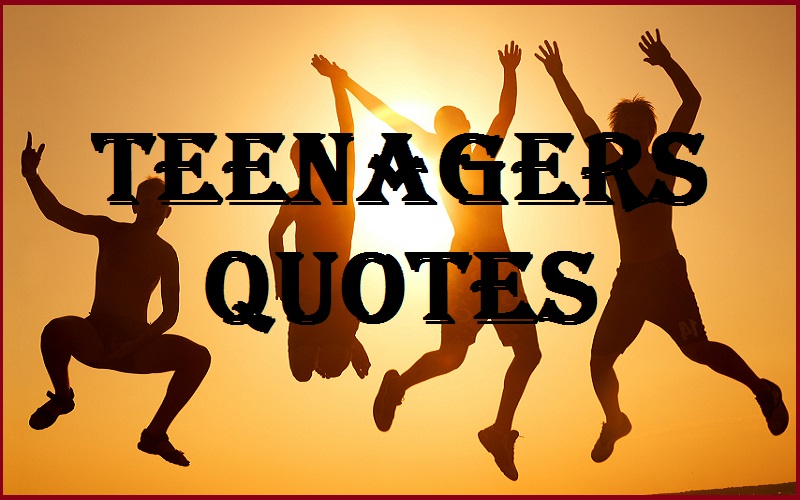 Teenagers Quotes:-Below you will find our collection of inspirational, wise, and humorous old teenagers quotes, teenagers sayings, and teenagers proverbs, collected over the years from a variety of sources.

“Remember that as a teenager you are at the last stage of your life when you will be happy to hear that the phone is for you.”-Fran Lebowitz 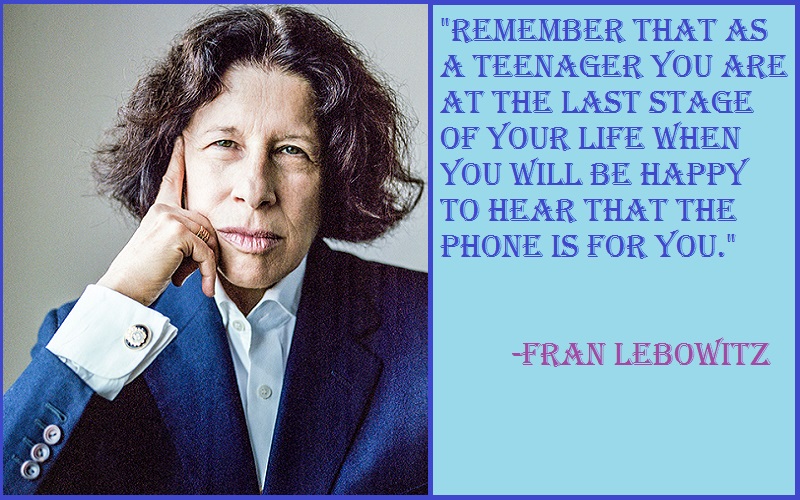 ‘Telling a teenager the facts of life is like giving a fish a bath.”-Arnold H. Glasow

“Arguing with a teenager is like wrestling in the mud with a pig. Sooner or later you figure out that they’re enjoying it.”-Anonymous

“In order to be successful, Teenagers need to be practical as challenges they are facing in modern life are numerous and complex.”-Kishore Bansal

“Keeping that communication channel open with your teen is one of the most important things as a parent you can do.”-C Pulsifer

“Teenagers who are never required to vacuum are living in one.”-Fred G. Gosman

“Raising teenagers is like nailing Jell-O to a tree.”-unknown

“A teenager out of sight is like a kite in the clouds; even though you can’t see it you feel the tug on the string.”-Marcelene Cox

“When your children are teenagers, it’s important to have a dog so that someone in the house is happy to see you.”-Nora Ephron

“Teenagers are like people who express a burning desire to be different by dressing exactly alike.”-Anonymous

“Teenagers want to be able to fight for what’s right – but finding out what’s right is now 90 percent of the battle.”-Maggie Stiefvater

“Teenagers are free verse walking around on two legs.”-Dorothy Allison

“Teenagers come to things fresh and can really teach us an awful lot.”-Jane Goldman

“Heredity is what sets the parents of a teenager wondering about each other.”-Laurence J. Peter

“If you want to recapture your youth, just cut off his allowance.”-Al Bernstein

“I tell my child, if I seem obsessed to always know where you’ve been, it is because my DNA will be found at the scene.”-Robert Brault

“Us teenagers are at the perfect crossroads of childish naivete and adult realism — we still believe that problems can be solved, and now we also have the tools and knowledge to solve them”-Adora Svitak

“How strange that the young should always think the world is against them when in fact that is the only time it is for them.”-Mignon McLaughlin

“Research shows that parents are the single biggest influence on children – if you are worried about your teen and drugs, talk to them.”-John Walters

“I don’t know what better teenage life you could get than going around the world doing what you love to do.”-Anna Kournikova

“Teenagers only have to focus on themselves – it’s not until we get older that we realize that other people exist.”-Jennifer Lawrence

“Teenagers complain there’s nothing to do, then stay out all night doing it.”-Bob Phillips

“As a teenager, you’re still discovering who you are, what your life is about, and who you want to be as a person. It’s very intense.”-Kaya Scodelario

“Being a teenager and figuring out who you are is hard enough without someone attacking you.”-Ellen DeGeneres

“If you liked being a teenager, there’s something really wrong with you.”-Stephen King

“The interior of a teenager’s mind is an endless war between Stupid and Clever.”-William Landay