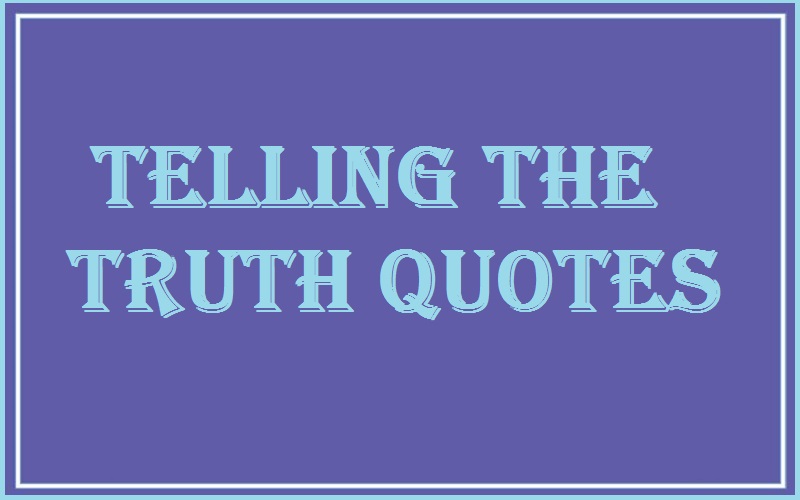 Telling The Truth Quotes:- Every day, we have the choice, to tell the truth, or not. We can be honest with ourselves about who we are and the challenges we face, or we can lie about it. Why You Should Always Tell the Truth. The other day, my mom told me a story about a coworker (and friend) who wanted her to lie to the boss.

“It is hard to believe that a man is telling the truth when you know that you would lie if you were in his place.”-Henry Louis Mencken 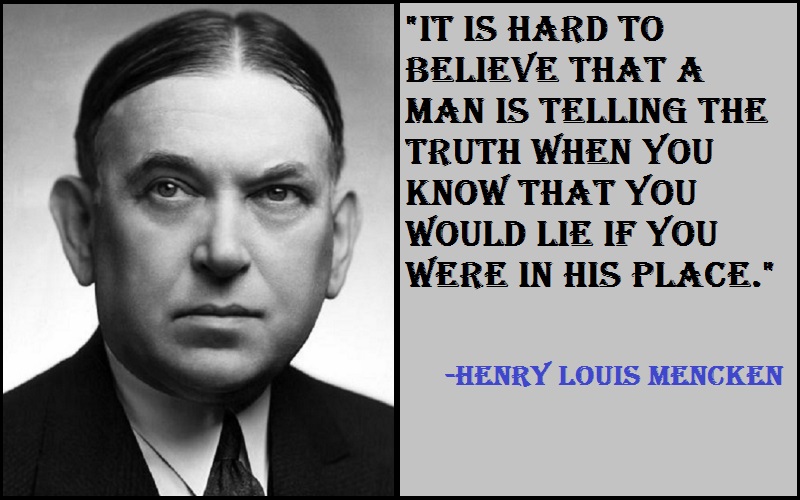 “If you tell the truth you don’t have to remember anything.”-Mark Twain

“Make yourself an honest man, and then you may be sure there is one less rascal in the world.”-Thomas Carlyle

“Honesty is the rarest wealth anyone can possess, and yet all the honesty in the world ain’t lawful tender for a loaf of bread.”-Josh Billings

“I never lie because I don’t fear anyone. You only lie when you’re afraid.”-John Gotti

“No legacy is so rich as Honesty.”-William Shakespeare

“Truth is generally the best vindication against slander.”-Abraham Lincoln

“Truth is such a rare thing, it is delighted to tell it.”-Emily Dickinson

“When in doubt, tell the Truth.”-Mark Twain

“If you wish to astonish the whole world, tell the simple truth.”-Rahel

“A truth that’s told with bad intent beats all the lies you can invent.”-William Blake

“The truth will set you free, but first it will make you miserable.”-Jim Davis

“Tell the truth, or someone will tell it for you.”-Stephanie Klein

“Never tell the truth to people who are not worthy of it.”-Mark Twain

“Truthful lips endure forever, but a lying tongue is but for a moment.”-Proverbs 12:19

“These are the things that you shall do: Speak the truth to one another; render in your gates judgments that are true and make for peace;” -Zechariah 8:16

“Rather, speaking the truth in love, we are to grow up in every way into him who is the head, into Christ,”-Ephesians 4:15

“Therefore, having put away falsehood, let each one of you speak the truth with his neighbor, for we are members one of another.”-Ephesians 4:25

“Never be afraid to raise your voice for honesty and truth and compassion against injustice and lying and greed. If people all over the world would do this, it would change the earth.”-William Faulkner

“When a woman tells the truth, she creates the possibility for more truth around her.”-Adrienne Rich

“Honesty is more than not lying. It is truth telling, truth speaking, truth living, and truth loving.”-James E. Faust

“Proclaim the truth and do not be silent through fear.”-Catherine Of Siena

“But I suppose the most revolutionary act one can engage in is, to tell the truth.”-Howard Zinn

“It is an occupational hazard that anyone who has spent her life learning how to lie eventually becomes bad at telling the truth”.-Hussein Nishah

“I don’t think there’s anything wrong with telling the truth. I know it isn’t fashionable.”-Craig Ferguson

“In a time of universal deceit – telling the truth is a revolutionary act.”-George Orwell

“Tell the truth boldly, whether it hurts or not. Never pander to weakness. If truth is too much for intelligent people and sweeps them away, let them go; the sooner the better.”-Swami Vivekananda