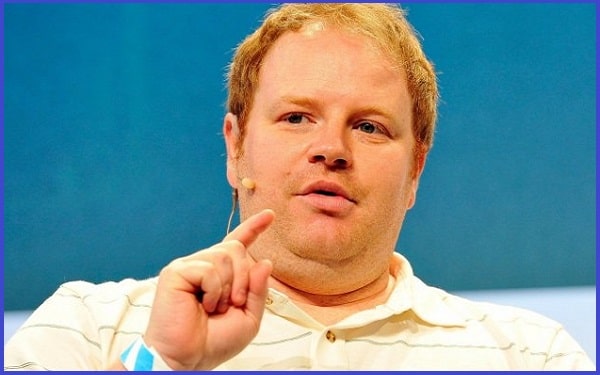 Parker Conrad Quotes:- Parker Conrad (born 1980) is cofounder of Rippling and is the former CEO of Zenefits, a cloud-based human resources platform designed to assist with onboarding, payroll, benefits, and vacation tracking.

“At Wikinvest, which got renamed Sigfig, we were constantly just two or three months away from not being able to make payroll.”-Parker Conrad 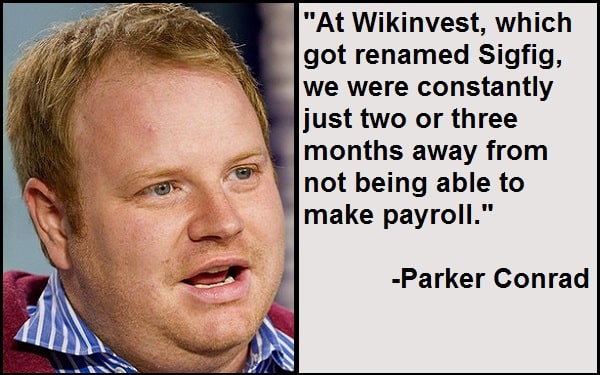 “There’s a lot of just administrative work that comes along with having employees.”-Parker Conrad

“The only thing I learned is that failure sucks, and you never want to do it. There’s not a lot to be said for that particular lesson.”-Parker Conrad

“I’m not going to run my business on the basis of quarterly numbers.”-Parker Conrad

“The way we designed self-driving payroll, it ends payroll as an independent system that you’re entering information in by hand.”-Parker Conrad

“It feels good to have people who support you and back you and believe in you.”-Parker Conrad

“There’s nothing easy about building a company at all. I find it really hard, just painful and difficult, and if you are successful, it’s even worse than if you fail.”-Parker Conrad

“I’ll grab coffee with my wife and daughter and then am in the office around 9 or 10. From there, I usually have about 8 hours of meetings.”-Parker Conrad

“When professors expect a few dozen students and hundreds show up, it’s a mixed blessing. While it’s a testament to their popularity, it also means they have to scramble to interview and hire more teaching fellows, schedule rooms, and order lab supplies.”-Parker Conrad

“If Harvard officials ban the micro-fridge, it will leave undergraduates without any cooking appliances at all allowed in their rooms.”-Parker Conrad

“A good headline is far more than a summary. It has to characterize, in a few brief words, the most important themes and news items of the article it accompanies.”-Parker Conrad

“Media organizations are frequently criticized for a heartless approach to the news. Stories that are damaging to a person’s reputation make the front page just as quickly – and many would say even more quickly – as stories that enhance it.”-Parker Conrad

“Journalists play God when they decide for their readers when to hide information from them. Frequently, those choices are unavoidable.”-Parker Conrad

“College students typically receive marketing offers in the mail from upwards of a hundred companies each year.”-Parker Conrad

“Despite the volume of ‘junk’ mail that students receive each year, companies that have an interest in selling their product to students say direct mailing is a key to their success.”-Parker Conrad

“Both in the short-run and the long-run, college students, collectively, have enormous spending power.”-Parker Conrad

“Lists that segment people into clearly-defined categories are particularly valuable to direct marketers, which can tailor their sales pitch to a particular demographic and, therefore, increase the likelihood of making a sale.”-Parker Conrad

“The battle over Napster has divided musicians and industry officials.”-Parker Conrad

“I tried paying at a restaurant with stock options. It didn’t work.”-Parker Conrad

“Zenefits is basically a service that manages all of your payroll, benefits, and associated HR details that come along with those. Dealing with new employee onboarding, offer letters, and managing that – and we do it for free.”-Parker Conrad

“Insurance brokers make way too much money for the value they provide.”-Parker Conrad

“A lot of scaling up a company is not very sexy or strategic.”-Parker Conrad