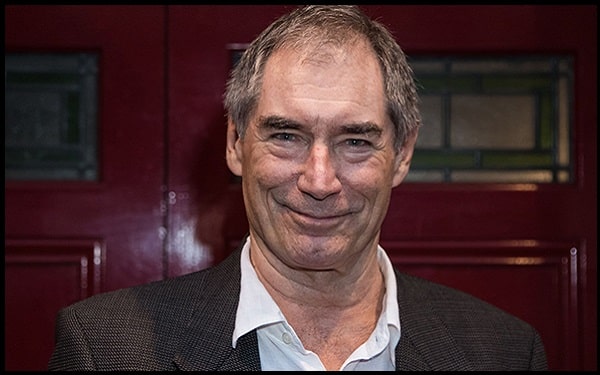 “You can’t relate to a superhero, to a superman, but you can identify with a real man who in times of crisis draws forth some extraordinary quality from within himself and triumphs but only after a struggle.”-Timothy Dalton 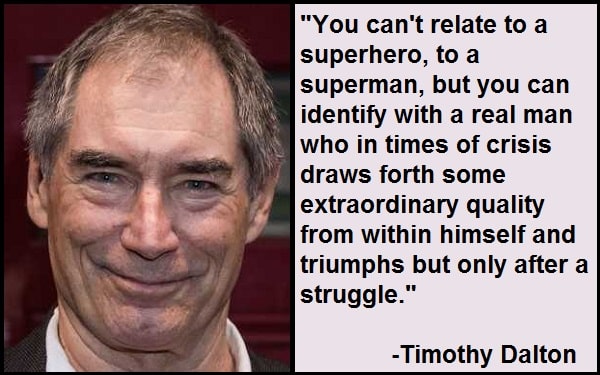 “I’m guessing the stress of having to write for a deadline can be inspiring. Sometimes, the pressure is good.”-Timothy Dalton

“If you grow up in Britain, you just do Shakespeare. If you go and work in a theater once or twice or three times in your life, you’re going to end up doing a Shakespeare, because he’s obviously such a brilliant, brilliant writer.”-Timothy Dalton

“It’s horrid to be called a Shakespearean actor because that’s incredibly limiting, and we love acting. We like telling stories; anything that excites us we want to be a part of. Science fiction is fun, too!”-Timothy Dalton

“I can’t think of anything worse than calling Shakespeare ‘highbrow,’ because, on the one hand, it’s brilliant writing. But his plays were popular. People went to see them.”-Timothy Dalton

“If you’re a boy, you always want to be in a western; and any actor I know would like to be in a horror.”-Timothy Dalton

“I don’t think anyone except the few people who have played James Bond can tell you how strange and special it is and how much your life changes.”-Timothy Dalton

“On one level, I would prefer never to hear the words ‘James Bond’ again, but on another level, it is part of my blood and my life. And it’s the only movie in the world that offers a British actor the chance of international recognition.”-Timothy Dalton