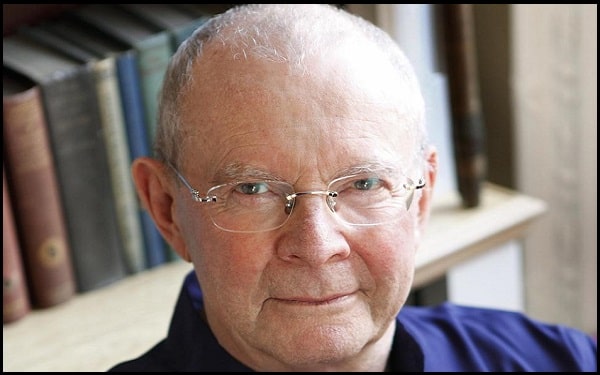 Wilbur Smith Quotes:- Wilbur Smith (born 9 January 1933) is a British novelist specializing in historical fiction about the international involvement in Southern Africa across four centuries, seen from the viewpoints of both black and white families.

“My first novel was rejected by some of the most eminent publishers in the world. Starting again was a real wrench.”-Wilbur Smith 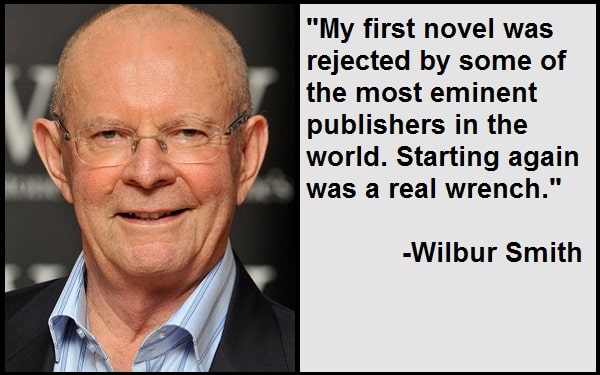 “The first story I ever sold was to ‘Argosy’ magazine, which no longer exists. That issue also contained work by several other more celebrated writers, like Ray Bradbury – so I felt I had at least one toe on the ladder.”-Wilbur Smith

“I never set out to write literature; I set out to tell stories. And some of my work may be very raunchy and very bloodthirsty – but life, for me, is a violent thing.”-Wilbur Smith

“I have never had too much trouble for creative ideas to spring up in my mind.”-Wilbur Smith

“My father was my god. His approval was so valuable to me.”-Wilbur Smith

“There is no quick way of making money. People come to you with tips for the races or offer the latest Ponzi scheme, but I can see them coming a mile off. I just go with the adage that if it sounds too good to be true it probably is.”-Wilbur Smith

“My mama loved books; I became fascinated by the wonderful stories that came out of these things she held in her hand – and started to make them up myself.”-Wilbur Smith

“Despite the fact that I spend a lot of time in London, Switzerland and New York, Africa is the place I know and love best, and my heart will always lie here.”-Wilbur Smith

“This first print run of the first edition of my first novel, ‘When The Lion Feeds.’ back in 1964, is so rare it can fetch several thousand pounds at auction. I always wanted to be an author, and I decided to write about what I knew.”-Wilbur Smith

“It’s probably true that everyone has a book in them, although it may not be a very good one.”-Wilbur Smith

“Herbert, my father, was born in Britain but went out to Africa in his teens to join his father and built up an 18,000-acre ranch in what was then Northern Rhodesia, providing work for the locals. He was my hero when I was a boy.”-Wilbur Smith

“My absolute favorite pieces are ‘Rhapsody in Blue’ and ‘Begin the Beguine.’ I play these when I am working.”-Wilbur Smith

“Usually, halfway through a book, I have a serious depression, so I go on safari on my ranch in South Africa, or fishing off my island in Seychelles. When I come back and re-read it, I think: ‘What was all that about, Smith? It’s fine, just get on with it.'”-Wilbur Smith

“I’ve eaten a lion, leopard, crocodile, python. I don’t recommend a lion. It tastes exactly like when a tomcat comes into your house and sprays. Snake and crocodile are great – a cross between lobster and chicken.”-Wilbur Smith

“I don’t know how many lions and leopards I’ve shot. I’ve shot two elephants, which was enough – never again. It’s a melancholy and moving thing to hunt an elephant. It’s like shooting an old man.”-Wilbur Smith

“They say if you drink Zambezi water with your mother’s milk, you are always a slave of Africa, and I am.”-Wilbur Smith

“Cape Town’s beaches are superb and while the water on the Atlantic side is damn cold, it’s very pleasant on the other side. Bring your golf clubs if you play – Cape Town has some fabulous golf courses.”-Wilbur Smith

“The whole structure of the African government, as far back as we know, was based on tyranny. One guy ran the show. Chiefs like Chaka and Mzilikazi committed terrible atrocities. That is the tradition from which modern African rulers spring. It won’t change easily overnight.”-Wilbur Smith

“I’m not a prophet; I can only use historical reality to come to a view of the future, and my view is that Africa will return to being African and not European. The advent of colonialism was foreign to the country itself, but it will return to what it was before the Europeans arrived.”-Wilbur Smith

“I think one of the most poignant things is unrequited love and loneliness.”-Wilbur Smith

“I work on my novels wherever I have a PC, and I have four or five places around the world where I do have a PC. These days you can just slip a little flash drive into your top pocket, fly for 12 hours, come to another place, plug it into a computer and you are away again.”-Wilbur Smith

“Write for yourself, not for a perceived audience. If you do, you’ll mostly fall flat on your face, because it’s impossible to judge what people want. And you have to read. That’s how you learn what is good writing and what is bad. Then the main thing is the application. It’s hard work.”-Wilbur Smith

“To me, my characters are more real than most people I meet.”-Wilbur Smith

“I am a closet birdwatcher. I can identify Southern African species, but it irks me I can barely tell a jay from a blackbird in the U.K.”-Wilbur Smith

“There are people out there with an eye on my hard-earned cash who think that I am a pushover. I am not!”-Wilbur Smith

“When I vacate this sack of old bones I won’t care what you do with it. Bury or burn it but don’t make much fuss.”-Wilbur Smith

“The really disturbing thing about Somalia is that in a country where there are few economic opportunities, pirates are perceived as glamorous and are held in awe by young boys who aspire to their lifestyle.”-Wilbur Smith

“I’m a feminist. The women in my books in recent years have been powerful characters and I love to see a woman with a cute bottom walking past.”-Wilbur Smith

“I still get enormous pleasure and a sense of fulfillment out of writing a book that I’m proud of. I see myself as a bit like a jewel-maker who can sit back and admire his work.”-Wilbur Smith

“All my characters have got a big slice of me in them. A big piece of me, because it’s my dialogue and this is the way I think and talk.”-Wilbur Smith

“I want to be seen as a good storyteller. I’m a manipulator as well.”-Wilbur Smith

“I hate politics. I like to write about it, but to get involved in it, to try and make a lot of ignorant people do what you want them to do, a waste of time. Go and write a book. It’s more important and it’ll last longer.”-Wilbur Smith

“I believe that a healthy body breeds a healthy mind. I am 74 years old now and my wife, Niso, is 38 years younger than me. She absolutely insists that I take regular exercise with her.”-Wilbur Smith

“My mother-in-law speaks not a word of English. I speak not a word of Tajiki. So I smile at her ingratiatingly and she fixes me with a beady eye.”-Wilbur Smith

“You don’t turn out as many books as I did then by sitting around, being cozy with the family.”-Wilbur Smith

“I live in Cape Town but my favorite holiday destination is Hermanus, a little seaside town about a 90-minute drive away, over the pass and down to the sea, on the sunshine coast. It’s where I love to escape to with my wife for a weekend every now and again.”-Wilbur Smith

“As regards personal safety, you do have to be careful not to put yourself at risk when traveling in South Africa. You don’t want to go out exploring at night, for example.”-Wilbur Smith